Authorities said that nearly 50 members of a New Hampshire fraternity were charged with hazing following an initiation event. 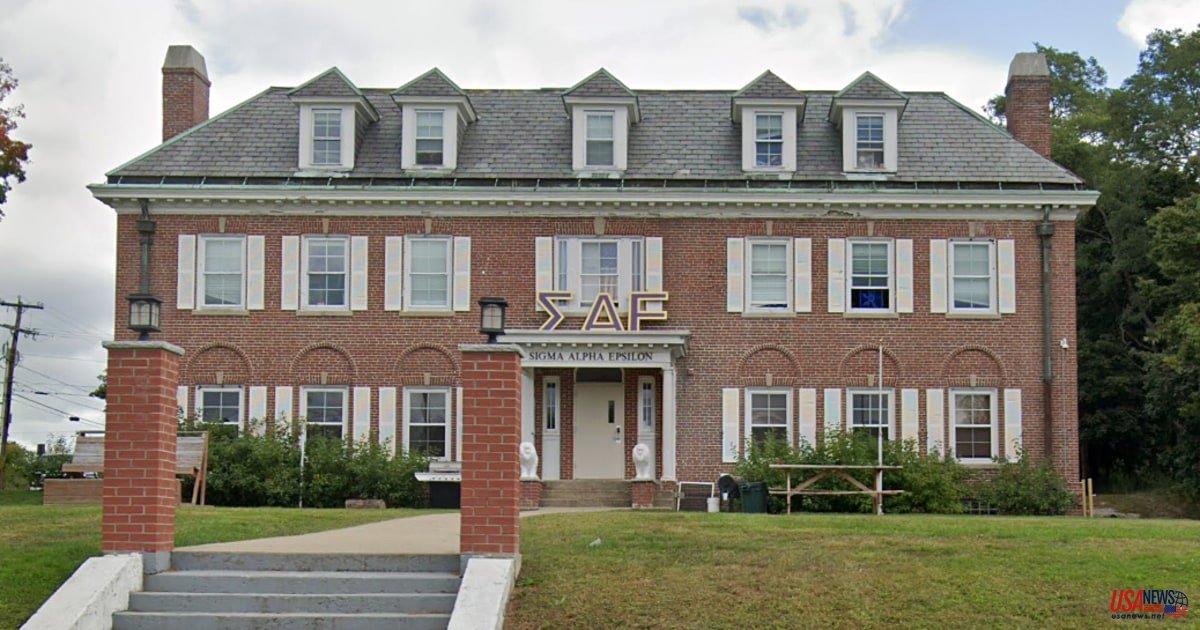 Authorities said that nearly 50 members of a New Hampshire fraternity were charged with hazing following an initiation event.

According to the Durham Police Department, the fraternity Sigma Alpha Epsilon was also accused of hazing. This is a misdemeanor.

Durham police began investigating the incident of April 13th after officials from University of New Hampshire contacted them about an event for new members at fraternity's chapter house.

The circumstances of the allegation are not clear. According to a university spokesperson, the national headquarters of the fraternity notified the school about the incident and they immediately contacted authorities.

She said that the school cooperated with the police investigation and that the fraternity was removed.

"We take any allegation about hazing very seriously. Now that the police investigation has been completed, we will be initiating formal conduct processes," she stated. She was referring to the system used for sanctioning anyone who violates the school's student codes.

The fraternity didn't respond to a request for comments.

According to NBC Boston, the Strafford County Attorney's Office stated that several students had surrendered. The station reported that others had already fled the area following the end of classes.