"Putin, you are not going to win," warned Pedro Sánchez yesterday as host of the NATO summit in Madrid. 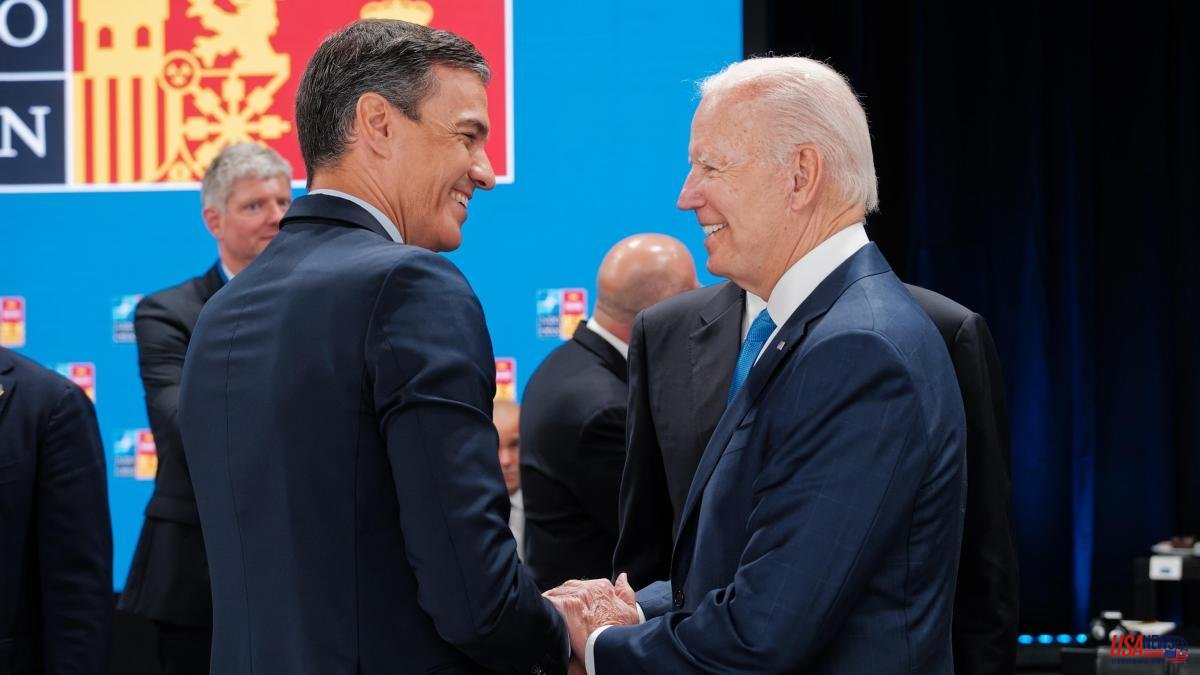 "Putin, you are not going to win," warned Pedro Sánchez yesterday as host of the NATO summit in Madrid. And the meeting rushed to certify the new strategic concept of the Atlantic Alliance for the next ten years, with an express recognition of the challenges and threats that hang over the southern flank of the organization in Europe, which particularly concerns Spain. Maximum satisfaction, therefore, in Moncloa, where they celebrated this first day of the Euro-Atlantic summit as a success "in content and organization".

The President of the Government himself highlighted the importance of NATO's new strategic approach, which reflects Spain's aspirations. With a total twist of the script: if more than ten years ago, at the 2010 Lisbon summit, Russia was listed as a "strategic partner" of the transatlantic organization, Vladimir Putin's war in Ukraine now makes it a "direct threat" for allies.

Not only on the eastern flank, which is now directly affected by the war, but also in the south, since Sánchez warned about Russian expansionism in North Africa and the Sahel, with actors such as Wagner's paramilitaries. "We must anticipate these threats and implement strategies that allow us to respond effectively in the event of any kind of challenge from Russia," Sánchez warned in Ser.

In addition to these Russian tentacles, the protection of this southern flank also foresees climate change and its migratory effects, political and institutional instability in this region or terrorism as threats. With two autonomous Spanish cities, Ceuta and Melilla, which are the only land borders between the European Union and Africa, which Sánchez wants to preserve in defense of the territorial integrity of Spain and the community club.

It was therefore one of the priorities of the Government of Spain for the NATO summit: that the Northern Alliance leave reflected in its new roadmap – for the first time in its history – the threats to its southern flank. And so it will be.

Madrid's strategic concept thus recognizes how instability in the Sahel, a "fertile" territory for terrorism, directly affects the country's security. In addition, thanks to another claim by the Sánchez Executive, a specific reference to NATO's determination to "defend the territorial integrity of all allies" is included, although without making an express mention of Ceuta and Melilla in the document.

It was not necessary to exhaust the two days of the Atlantic summit, in any case, for all the allied countries to support the new document in which the lines of action of the Northern Alliance are set for the next ten years.

After the numerous drafts that were debated among the member countries in recent months, with the Russian war in the background, all the heads of state and government meeting in Madrid supported the new strategic concept during the first session of the summit. In the new roadmap, "all" Spain's concerns are put in black on white, as transmitted by government sources, who were "very satisfied" with the agreement reached.

The first of them. A specific paragraph of the document – ​​after the Russian enemy and terrorism – dedicated entirely to the threats that come from the south. Specifically to the Sahel region, considered, along with North Africa and the Middle East, a source of "conflict, fragility and instability".

A terrain that the document qualifies as "fertile" for "the proliferation of armed groups, including terrorist organizations", but which also gives rise to "destabilizing interference" by "strategic competitors", alluding to Russia and China .

The Alliance warns that the "permanent" instability that exists in these regions can promote "forced migration and human trafficking." The Government has spent days focusing on the international mafias that traffic in human beings, as Sánchez himself denounced, as the main responsible for the tragic jump to the Melilla fence that last Friday ended, at least, with 23 deceased immigrants.

The second achievement, according to the same euphoric government sources. In the final wording of the document it is stated – “a small nuance” but “of great importance” – that NATO will defend “the territorial integrity of all allies” against “any aggressor”. In the previous strategic concept –sealed in Lisbon, in 2010– allusion was made to “allied territorial integrity”, and this, in the interpretations of some experts, could leave territories not included in the Washington treaty, such as Ceuta and Melilla. Other experts consulted by La Vanguardia do not doubt that an attack on the Spanish autonomous cities would have an allied response.

However, Moncloa fought for the defense of the territorial integrity "of all allies", whose territory is limited in each Constitution, to be reflected in the strategic document. In this way, and although in the ten pages of the document there is no explicit mention of Ceuta and Melilla, the Government of Sánchez considers that the legal umbrella that would serve Spain to request support from the member countries if any of autonomous cities was attacked. The same sources insist that, despite this fulfilled objective of the Government, Ceuta and Melilla have never been unprotected.

Also with the Melilla crisis in the background, the new roadmap includes the use of immigration to destabilize countries as a threat to combat. During the more than a year and a half that the diplomatic crisis between Spain and Morocco lasted, ministerial sources conveyed on numerous occasions the passivity with which the Moroccan security forces had acted in the face of massive jumps on the fences of Ceuta and Melilla. In the retina remains the entry of more than 10,000 immigrants -most of them minors- in May 2021 in Ceuta due to the inaction of the gendarmes. A completely opposite attitude to the violent repression used by Moroccan agents in the jump last Friday.

On the margins of the summit, Sánchez continued yesterday with his intense bilateral agenda and met with the Japanese Fumio Kishida or the Swedish Magdalena Andersson, among others, before the dinner that he offered to all the heads of State and Government at the Museum of the meadow. Today, once the summit is over, he will receive Canadian Justin Trudeau at Moncloa. Sánchez is seeing all his expectations fulfilled for now, as a "global actor" in an international summit that, according to Moncloa, will mark a milestone in his mandate.