A flag pinned with a pin will mark the port of Barcelona at NATO headquarters. 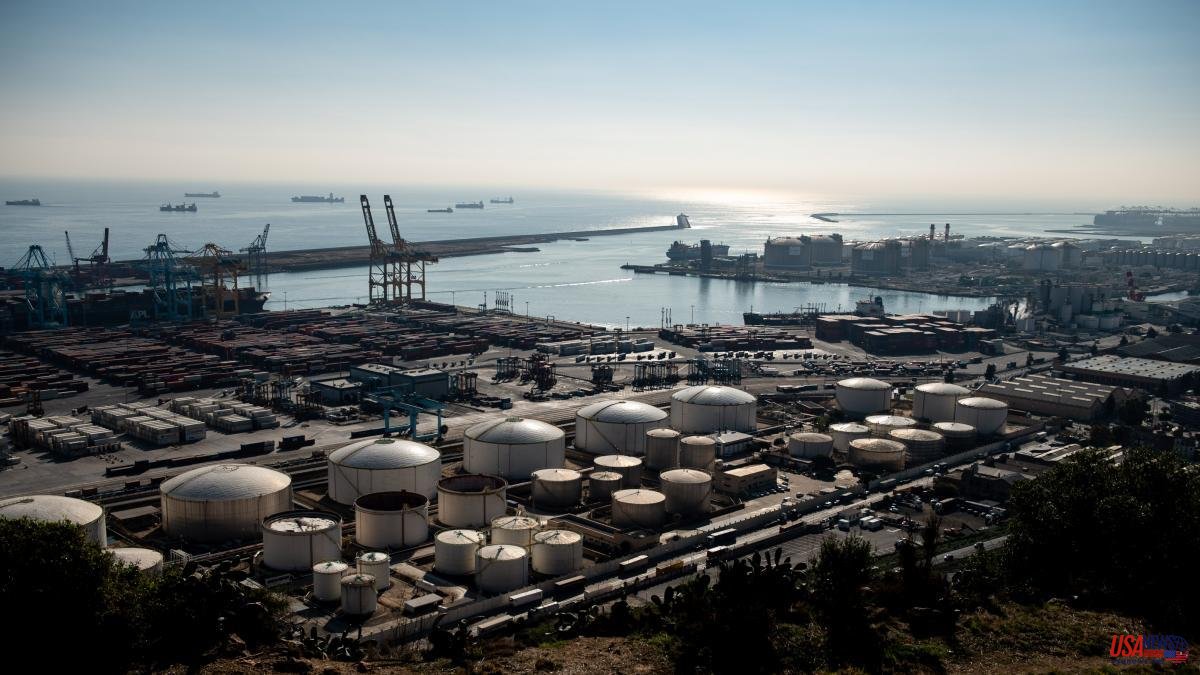 A flag pinned with a pin will mark the port of Barcelona at NATO headquarters. A clearly visible flag, since the main regasification plant in the Mediterranean is located in Barcelona, ​​with a capacity to store 760,000 cubic meters of gas. Strategically important energy nodule.

There will be many more flags signaling enclaves of great importance for the supply and storage of energy in Europe, since the safeguarding of energy networks is on the way to being included in NATO's new strategic concept, a document that must be approved at the end of next June at the general assembly of the Atlantic Alliance that will take place in Madrid, coinciding with the 40th anniversary of Spain's entry into the organization.

The defense of energy supply and storage, Europe's main puzzle three months after the start of the war in Ukraine, will become part of NATO's operational priorities. This was hinted at by the Minister of Foreign Affairs, José Manuel Albares, last Friday in Barcelona during his speech at Foros La Vanguardia. When asked about this, Albares stressed that the new NATO strategic guide is still in the deliberation phase, but pointed out that it is highly probable that the power supply cuts derived from strategies hostile to the countries of the Atlantic Alliance will be included in the chapter on “hybrid threats”, the new type of war that combines military action with other forms of harassment, from energy boycotts to computer attacks (see La Vanguardia last Saturday).

Energy has become one of the main keys to the war in Ukraine. Just yesterday, Russia announced the cutoff of gas supplies to the Netherlands for refusing to pay in rubles for the fuel it buys from that country. The measure was announced yesterday while the European Union is preparing a boycott of Russian oil imports, but not the gas from the gigantic fields of Siberia, much more difficult to replace. In previous weeks, Russia had already cut supplies to Poland and Bulgaria, with relative material effects. Poland had alternatives ready and Bulgaria will be helped by Greece through a new interconnector that should come into service in the coming weeks. Gas, oil and food (blockade of thousands of tons of wheat in the ports of the Black Sea) are part of the expansion of the battlefield. And NATO is going to take note of them in the Madrid assembly.

The strategic concept is the main doctrinal document of the Atlantic Alliance, beyond the founding treaty, summarized in fourteen articles. It is the guide to the political and military development of the most powerful military alliance in the world. The concept is renewed every ten years. The first was approved at the end of 1949, at the dawn of the cold war between the United States and the Soviet Union, emphasizing the defensive nature of the Alliance, the strategic unity over geographic diversity, with a main battering ram: the deployment of nuclear weapons.

NATO's eighth strategic concept will be approved in a month in Madrid, with airs of the second cold war. Antagonism with China and maximum tension with Russia. Alert on energy and cybernetics. Extension of the battlefield. Scandinavian enlargement: Sweden and Finland. And perhaps a new focus on the southern flank: North Africa and the Sahel. Spain is working to focus on the Sahel.

The strategic concept will mark the port of Barcelona, ​​a major gas distributor, with a flag. It is not minor news for Spain and for convalescing Catalonia.