Natàlia Mas: "We aim to attract as many venues and investments as possible"

In the two months that Natàlia Mas (1978, Sant Martí de Tous) has been at the head of the Department of Economy of the Generalitat, she has focused on obtaining the endorsement of the parliamentary groups for the 2023 budgets, an essential tool to face uncertainty international economy. 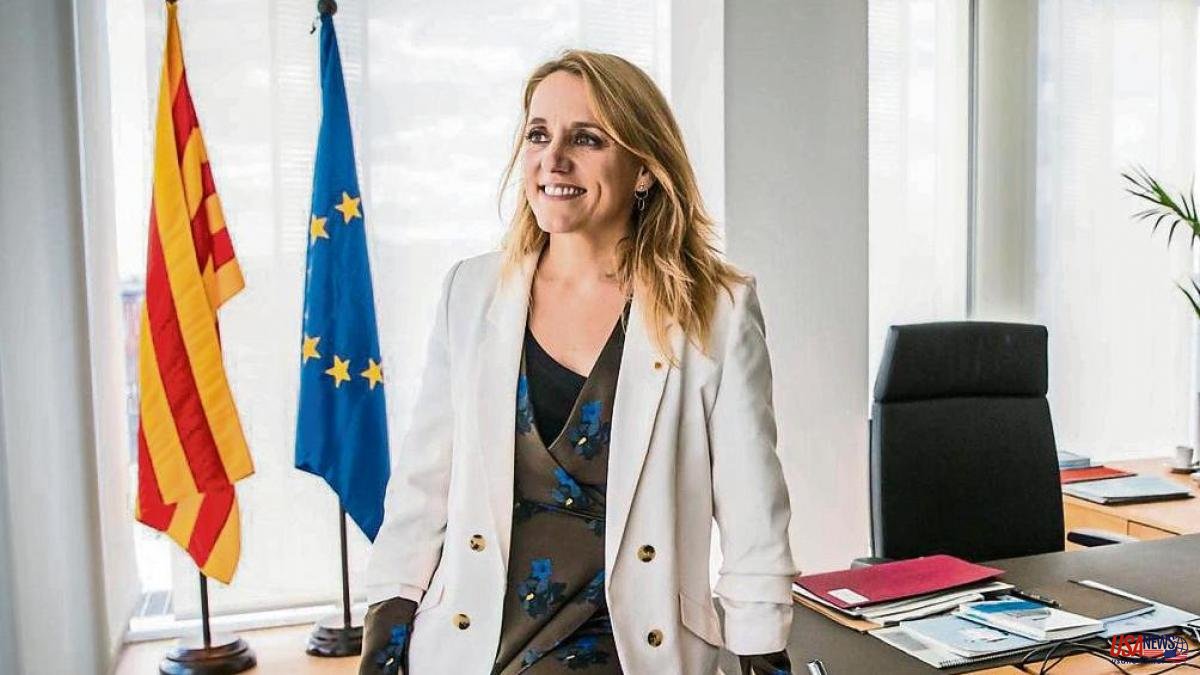 In the two months that Natàlia Mas (1978, Sant Martí de Tous) has been at the head of the Department of Economy of the Generalitat, she has focused on obtaining the endorsement of the parliamentary groups for the 2023 budgets, an essential tool to face uncertainty international economy. "We have exceeded thirty meetings with both the PSC and Junts y los comunes," recalls the minister, who hopes to reach an agreement in the coming days or weeks so that the budgets come into force in February. Regarding the business fabric, Mas stresses that "we have to aim to attract as many offices and investments as possible."

What main objectives have you set?

The main project is the approval of some budgets for 2023. It is time to deploy an economic policy that activates an economic and social shield to alleviate the effects of the crisis on the most vulnerable and reinforce the welfare state, but also allows push great transformations and investments. We have three major challenges: demographic, which will require a reinforcement of public services; the climate, which demands important public-private investments; and that derived from the geopolitical context, which will require a strong commitment to industry and technology.

But they still haven't closed the budget agreement...

We have exceeded thirty meetings with both the PSC and Junts y los comunes. With the parliamentary group of En Comú Podem we reached an agreement a few days ago, which is added to the one from the previous week with the economic and social agents. I believe that there is a will to agree and that in a matter of days or a few weeks we will be able to close it.

Where is the disagreement?

It is surprising that the tone of the public statements does not match what we breathe in the technical meetings. But in these statements reference has been made to issues of a more political scope, such as some large projects that are important to some parliamentary groups.

Are you referring to the PSC's demand that the Hard Rock project in Tarragona be promoted?

I think we can understand each other in that this project has to have technical, legal and environmental validations. It would have to be worked out of budget.

One more year, Catalonia will not have budgets on January 1.

We have to try to agree on it as quickly as possible. A few weeks of technical extension in January do not affect the planning of the departments, the execution of spending and investments, but beyond that it can begin to affect.

What is the deadline?

We would like Parliament to be able to approve them in January to start executing them in February.

In tax matters, low incomes in Catalonia pay the highest personal income tax in all of Spain. Will that change, via deflation or via lower rates?

We are not opposed to any measure. We have them all under study. But the figures we have on the table, specifically regarding deflation, indicate that individual gains are limited, while the tax loss is very high. In the current context, in which we need a strong public sector, it is important to take into account that with a deflation, the lowest incomes would stop paying between 0 and 20 euros a year, while the cost of collection is around 100 million . We will try not to make headline policies, but to have a real effect. In any case, we are in budget negotiations and we have not yet closed the fiscal chapter.

Will Junts accept the increase in assets to capture the income from the new state tax on large fortunes?

We explained the fiscal measures before they were made public to the Junts parliamentary group. They considered this fiscal measure logical, it would not make sense not to make this adjustment. The rest of the tax remains as it is, and let's remember that it is paid by 10% of the taxpayers.

The employers consider that this tax makes it difficult to attract talent and ask that it disappear...

In this area we have to shed light: the figures indicate that in Catalonia the number of taxpayers subject to this tax has increased in all sections, and in some sections they are double those registered in Madrid, where this tax is subsidized by 100 %.

Last year they spent less than the deficit allowed. Will all the available money be spent this time?

The Generalitat's budget execution trajectory has always been over 80% of the resources. In the 2023 budget project, despite the strong increase in resources, because we will be talking about the highest budgets in history, exceeding 41,000 million euros, the GDP debt variable will be reduced.

What impact will the TSJC ruling that agrees with ATLL for 304 million have?

This operation was provisioned in 2016 and, therefore, would not generate more deficit.

But yes, there would have to be a cash outflow.

It will depend a lot on whether we file an appeal and what schedule it may have.

Are you worried that in recent years Madrid has grown more than Catalonia?

The economic weight of Catalonia within the State has been stable for thirty years at around 19% of the total. This growth in the economic weight of Madrid has been to the detriment of other autonomous communities. The post-covid recovery has allowed Catalonia to have an unemployment rate lower than that of the Community of Madrid. In fact, the youth unemployment rate is three points below that of Madrid.

And the leak of thousands of social headquarters in 2017?

It is a fact that perhaps little is known, but since 2013-14 Catalonia has had a net creation of companies higher than that of Madrid all these years. And 18.5% of all state companies are located in Catalonia, compared to 16.3% in Madrid.

Why is Madrid growing more?

Madrid is committed to a great metropolis. It is an economy very focused on the financial sector, on the public, regulated sector. Catalonia defends a model with more territorial equity and more focused on the industry.

But here there are almost no Ibex headquarters.

We have to aim to attract as many offices and as many production units, factories and teams of people as possible. International companies established in Catalonia already exceed 9,000 offices. The foreign investments that land in Catalonia in technological and industrial fields are much higher than those in Madrid. But they are two very different economic models that should not be confronted.

One of the main claims of Catalan companies is the expansion of the Barcelona airport. Are you in favor of this expansion?

Catalonia needs good intercontinental connections. We have to be able to improve them by working on a project that takes into account environmental restrictions and noise effects on neighbors.

What are your forecasts for the economy?

Can Catalonia enter a technical recession?

I think not, that we are going to a period of slowdown, but it will depend on variables beyond our control, such as energy. In any case, the deployment of Next Generation funds will be a countercyclical variable that will have a significant weight.