Nagelsmann: "I want to win, I don't care if Lewandowski is ahead"

Julian Nagelsmann does not speak of a miracle or hope but of ambition and winning. 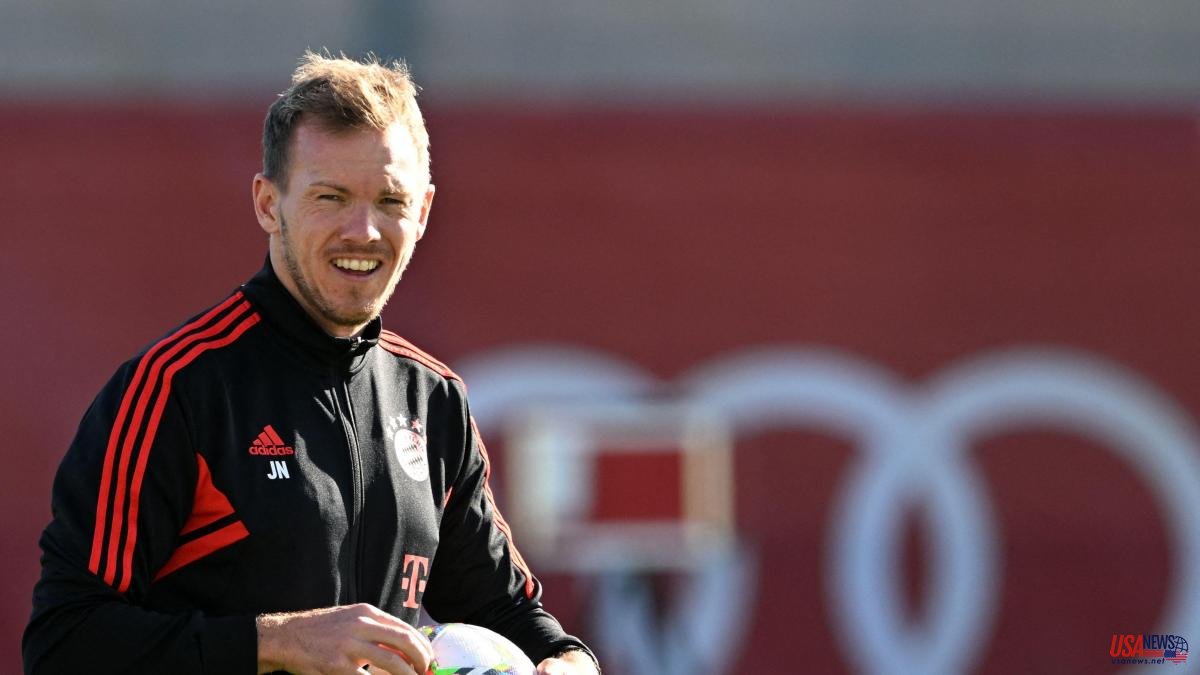 Julian Nagelsmann does not speak of a miracle or hope but of ambition and winning. That is his creed, always wanting to add victories. And that character prints it to his team. This season his Bayern have only lost one game of the 18 he has played. It was against Augsburg (1-0) just after beating Barça. Now he arrives at Camp Nou after four wins in a row. And the coach's head is only increasing that streak.

A triumph that would mean the elimination of Barça and Lewandowski. “The only thing that matters to me is that I want to win. We come to win. It doesn't matter if Lewandowski is part of the Barça team. I wish Robert, like all the players he works with, the best in the future, ”explained the coach, respectful of the Pole, who left the Bavarian club in the summer after eight years.

The technician did not like being awarded the role of group judge. When asked if he preferred Barcelona or Inter, he said it was an inconsequential question. “I don't see big differences between Barça and Inter. I don't see it relevant. For us it would obviously be important to continue the good run in the Champions League, ”he slipped the bulge.

On the contrary, Nagelsmann is aware that many eyes will be on Barça-Bayern. Hence, he wants to demonstrate his potential to intimidate the rest of the candidates. "We want to win. It's about being first in the group and winning a prestigious duel. If you want to win the Champions League you also have to send external and internal signals. It is time to send a signal.”

Although in the summer the coach was critical of Barcelona's signings, this time he preferred to be more restrained and did not throw any darts. “All the teams want to reinforce themselves and become stronger. Barça has achieved it. Barcelona has many good signings that fit well with the philosophy. They have changed and improved. They are one of the best teams in Europe. They know your financial situation. I can't say much more about that,” he argued.

On the match in Munich (2-0), Nagelsmann warned his players not to trust the precedents, which are favorable to Bayern. "In Munich they had chances and we have to avoid them this time," he prescribed.