Nagelmann: "I expect a warm welcome to Lewandowski, it would be normal"

Eager to meet again with Lewandowski as a person although with the hope of not meeting him again as a scorer. 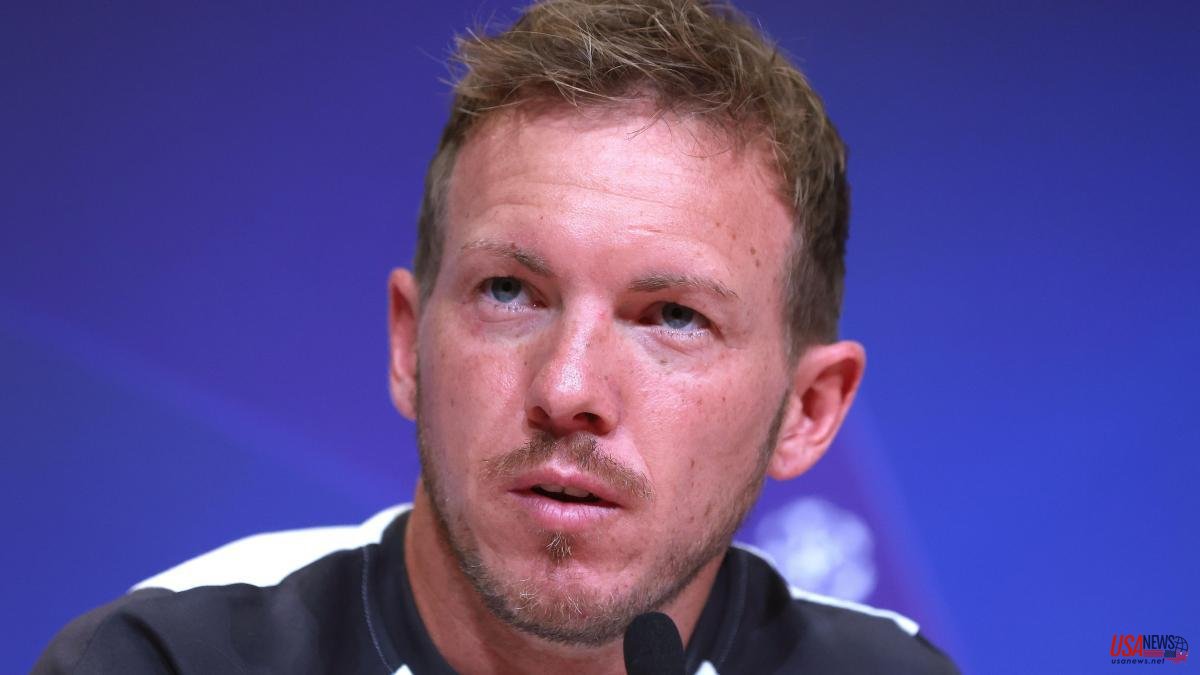 Eager to meet again with Lewandowski as a person although with the hope of not meeting him again as a scorer. Both the Bayern coach, Julian Nagelsmann, as well as a banner of the Bavarian club and Thomas Müller welcomed the return of the Polish striker while stressing that this Barcelona is not the same as in other seasons.

“I will be very happy if the public offers you a warm welcome. It would be normal for everything that Robert gave to this club. Generally it should be like this. He was a very important part of Bayern. I am very happy to see it again. If I see him I will shake his hand”, explained the coach. Nagelsmann gave some hint on how to try to stop his former striker. “I don't know if he is Barcelona's most dangerous player, but he is his main goalscoring threat. He is a great footballer, but if we don't let him receive the ball, he will have more difficulty scoring a goal for us”, added the coach.

In this sense, he has decided on some of the names in his line-up. “One of the center backs will be Lucas Hernández. He could accompany Upamecano, who has marked Lewandowski in other seasons and has always done well, but I still don't know if he will be the chosen one”.

If anyone knows Lewandowski well within Bayern, it is Thomas Müller, fellow striker and one of the players with whom he understood best. To the point that he is receiving the jokes from the Bayern dressing room. “Sadio Mané has been repeating in recent days that he should not inadvertently pass the ball to Robert, that he should not cause an accident. We have to focus on the game and not get lost with Lewandowski”, explained the playful Müller, between smiles. More seriously, the midfielder recognized how important the Pole was in the Bayern system. “When you have a striker like that, even if you don't want to, unconsciously you end up giving him the ball most of the time at the edge of the box. Now we have to attack in a different way.”

Beyond Lewandowski Nagelsmann valued the good form of Barça. “They have signed a lot and well, they are a completely different team that we have faced three or four times in recent years. We can now delete those games from the hard drive. They have nothing to do with what is now. They have a new spirit, they defend up front and attack and they have midfielders like Pedri and Gavi. They are aggressive. It's going to be a very tough game."

Nagelsmann considers the match as a temperature check also for his team. "It's not a decisive match but it is a test against a team that has improved a lot". Concept in which he was seconded by Müller. “Of course we are aware that Barcelona have had a great start to the season. But that makes the task even more attractive. We will go to the limit to win the match. With six points, we would take a big step towards the next round”, said the striker, who called for intensity. “We want to prevail in duels and we want to be sharp after losing the ball. The game will be open. I think it will be a game that the neutral spectator will like”.