Nadal upset with questions about possible retirement after losing to Norrie

Rafael Nadal's first match of the season ended in defeat. 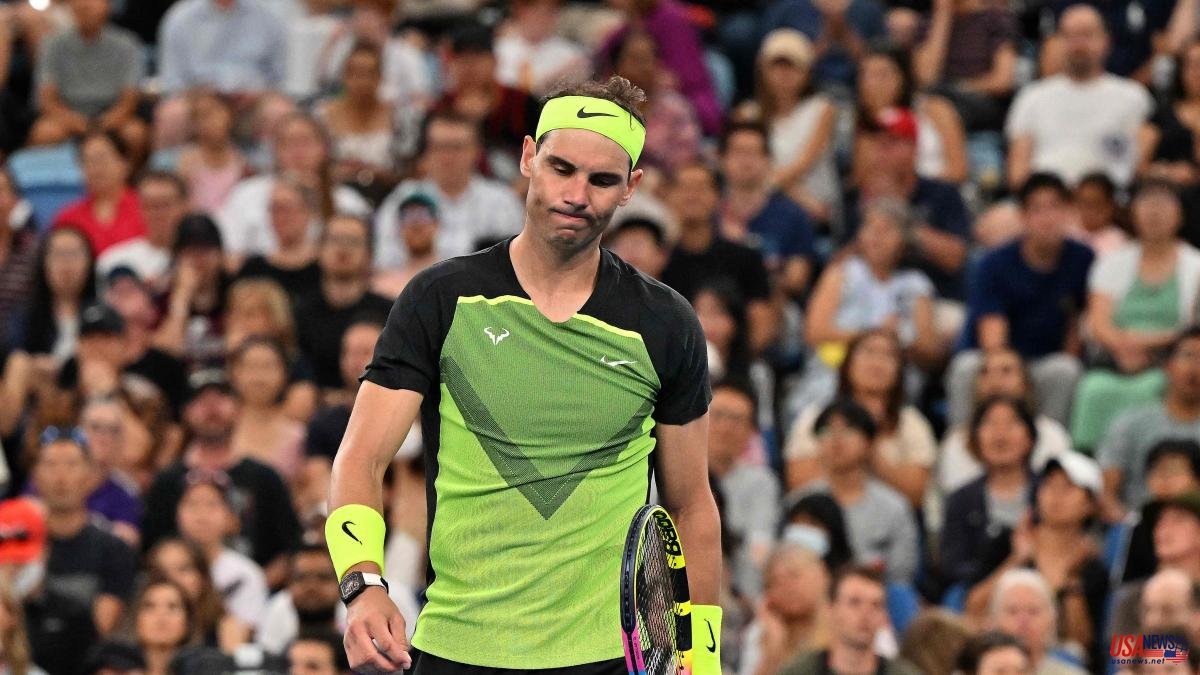 Rafael Nadal's first match of the season ended in defeat. The Balearic tennis player, who these days is competing in the United Cup mixed tournament representing Spain, fell against the British Cameron Norrie in three sets (3-6, 6-3 and 6-4). He paid for the lack of minutes on the track and saw how the rival turned the score around, frustrating his staging.

After the match, the most successful tennis player in history (22 Grand Slam titles) was upset by the avalanche of questions about a possible withdrawal. The number two in the world was upset and assured that the time to hang up the racket has not yet arrived.

"I don't have to keep playing for any particular reason and I continue because of the passion I have for this sport. When I don't have passion, I'll quit. You seem to be very interested in retirement. I'm here to play tennis and retirement hasn't happened. arrived for now," he said at a press conference.

Regarding the defeat against Norrie, whom he had beaten on the four occasions they had played, he assumed that he still has room for improvement. "I can do things much better, although this game hasn't been a disaster either. I have to be more solid, make fewer mistakes and improve my physique. I lacked speed but as I play games I'll improve," he confided.

Nadal hopes that the arrival of victories will give him momentum. "I know that when I win a game things will improve. I will play more relaxed. You have to learn from the negative things but I think I have done things well. I have competed until the end with a great player who had more rhythm than me. I have enough time to improve in these two weeks".

The start of the season for the number two in the world ran into a tougher rival, with more minutes on the court at the Ken Rosewall Arena where he had already played and won, on the first day of this Group D, against Australia and against Alex de Miñaur .

Nadal, who had not jumped onto a court since he ended his exhibition tour of Latin America on December 2, had a good start against Norrie, whom he had won on the four previous occasions in which they had faced each other. The last one, in the final of the Acapulco tournament last year.

That was not the case in Sydney, in the group stage of the first edition of this event that kicks off the new season. Norrie, buoyed by his efficiency with the first serve, turned around a match he was up against early on, when the Spaniard was fresh and put the score on his side when he got the break in the sixth game. The quarter was closed without excessive difficulties by the winner of twenty-two Grand Slams.

Norrie, 27, fourteenth in the world and with four trophies to his credit, including those in Lyon and Delray Beach in 2022 that is ending, kept up with Nadal who began to accuse the lack of filming. The player born in Johannesburg obtained the first 'break' in the sixth game of the second set. The Spaniard did not take advantage of his chances to balance the situation and lengthen the sleeve and the duel went to the final stretch.

Cameron Norrie's efficiency with the first serve did not decline and that helped him against the Spaniard who intends to prop up his filming for the Australian Open in Sydney, the first Grand Slam of the season, where he will defend the title achieved last year.

The serve helped the British at decisive moments. In order not to allow the Spaniard to balance the game and to close each set that he put into play. He did not allow the reaction of the Spaniard who could not extend a match that lasted for two hours and 45 minutes.

Rafael Nadal, who started 2022 in a spectacular way, with twenty-one victories in a row and three successes to his credit, suffered his first setback of the new year in Sydney.

Cameron Norrie's win puts Great Britain ahead against Spain. Next, Nuria Párrizas will face Katie Swan to complete the first day of the Spanish team led by Marc López in the first edition of this tournament that opens the new season.