Rafa Nadal is taking the tone at Roland Garros. 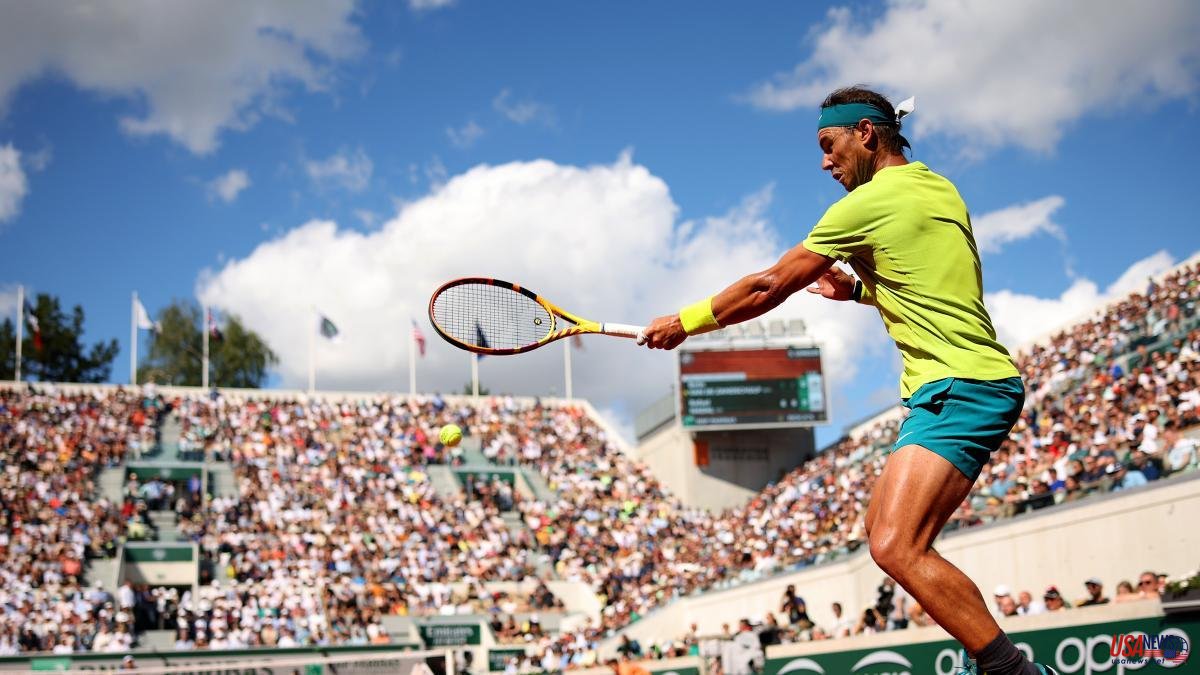 Rafa Nadal is taking the tone at Roland Garros. The Spaniard provided a good example of this by easily submitting Dutchman Botic van de Zandschulp 6-3, 6-2, 6-4 in 2 hours, 11 minutes. The man from Manacor was very solvent with the serve, quick in his movements and reflexes and very accurate in his decision-making. In short, it was a roller almost always.

He only faltered in the opening game when he lost serve and in the third set when he had everything in his favor and dropped three games in a row. What was experienced except for those small episodes was a tennis monologue on clay of the true dominator of this surface in the last 17 years. Nadal also took advantage of the numerous mistakes of an opponent who is ranked number 29 in the ranking but has never excelled. At 26 years old he has not won any title for the 91 of the Balearic Islands.

From the confidence that the Mallorcan served well, it did not take him long to get on the hump of the Dutchman's service, who did not know how to get his hands on Nadal and who only really let go of his arm in the final stretch. The Balearic reaches the round of 16, where the Canadian Felix Auger-Aliassime awaits him, the pupil of his uncle Toni de él, who now collaborates with this tennis player. He is the ninth player in the world ranking.

The best news for Nadal was that in his third match in Paris he sent more flattering signals, only nuanced by an irregular third set. He too won straight sets in the previous rounds but against Van de Zandschulp he showed more fluid and seamless tennis, as well as some of his spectacular baseline action. Those kinds of plays that lift the public from their seats in which Nadal ends up with the point when he seems to have lost it.

Wow, the usual Nadal, opening angles with the right, stony to the rest, who does not make mistakes and who becomes a wall. If his foot is hurting him as much as in Rome, where he lost in the round of 16 with a lot of discomfort, he is coping very well at the moment. He already said that in Paris, with the help of his doctor Ángel Ruiz Cotorro, he hoped that his chronic injury would not bother him so much.

The Balearic is seen in his habitat at the Roland Garros facilities, converted from time immemorial into the patio of his house. A hypothetical quarter-final duel against Novak Djokovic, who also won easily, is already on the horizon. If both overcome the next hurdle they will meet and add another battle to their extensive history of confrontations.