Nadal says goodbye to the year with victory against Ruud

Rafa Nadal said goodbye to the ATP Finals in Turin with a good taste by defeating Casper Ruud (7-5 ​​and 7-5) and closed a season of great victories despite a somewhat bittersweet ending. 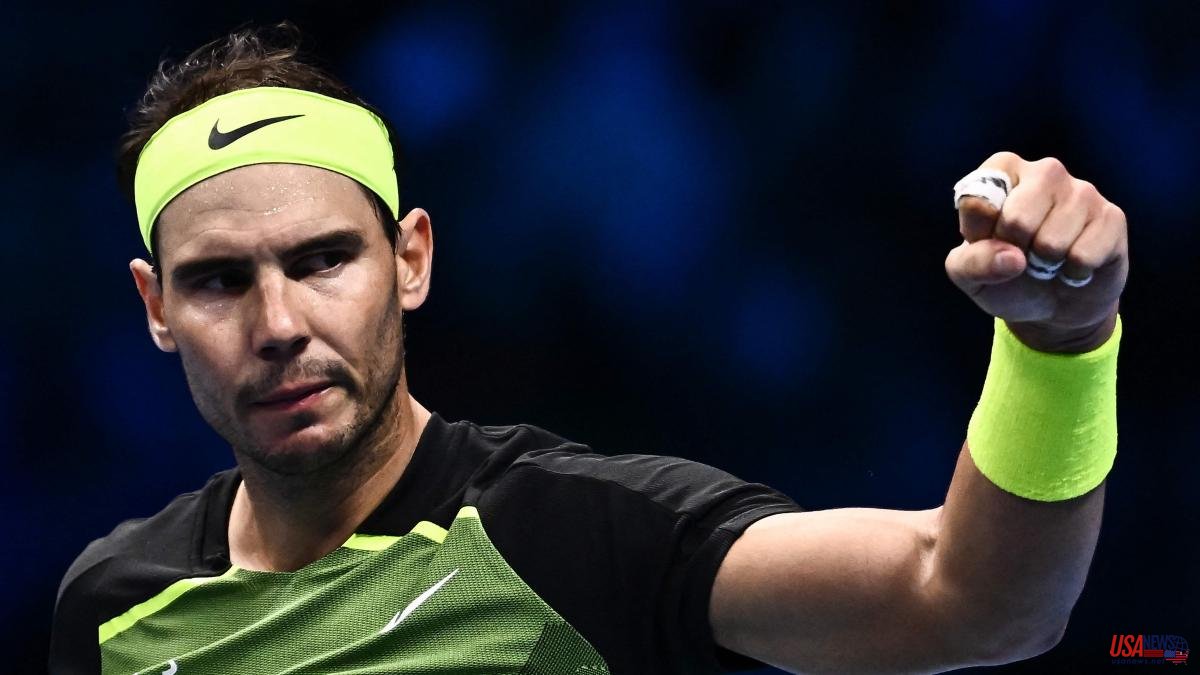 Rafa Nadal said goodbye to the ATP Finals in Turin with a good taste by defeating Casper Ruud (7-5 ​​and 7-5) and closed a season of great victories despite a somewhat bittersweet ending. Nothing was at stake in his duel against the Norwegian, once the Spaniard was eliminated and Ruud had secured first place in his group. And despite this, the Spanish champion once again set an example with an enormous capacity for improvement to achieve a victory that fills the future with optimism. Nadal was better against a Ruud who was on a roll, but who will face the semifinals after a new accident against a world top-three, against whom he still does not know what it is to win.

For Nadal, the game should serve to continue growing in his game and improving feelings for next year. After too long an inactivity, the Spaniard returned to the slopes in a tournament that has always turned its back on him and paid for it again. Two consecutive defeats, plus another in the previous game, put him in a very delicate situation in terms of his confidence. But Nadal always comes back, and although he did it in his farewell match, he will also serve as a stimulus for future tournaments.

Both tennis players tried to dominate from the bottom of the track but neither was able to clearly prevail at the start. Nadal was more consistent technically and psychologically than in previous days and achieved many more winners with his forehand. It wasn't until the twelfth game that the first break came, which delivered the set to Nadal on a platter. It was the first time that Rudd lowered his mental level in the entire game and the Spaniard was there to make him pay. The Norwegian made three consecutive errors and missed the first set (7-5).

The script did not change in the second act. Ruud did not give away any points but Nadal seemed comfortable on the court, with confidence to go up to the net or break his rival's rhythm with a drop shot. The equality was total again until the twelfth game in which the outcome of the first round was repeated. But this time it was the Mallorcan who looked for him. He did not need the Norwegian's mistakes. Nadal went for the match and after the second breaking ball he reached his goal.

Nadal says goodbye to the season as number 2 in the world and after winning four titles, including the Australian Open and Roland Garros. "It hasn't been my perfect week but I'll work to be there next year," said the Spaniard about his week in Turin.