How strange this tennis thing is becoming. 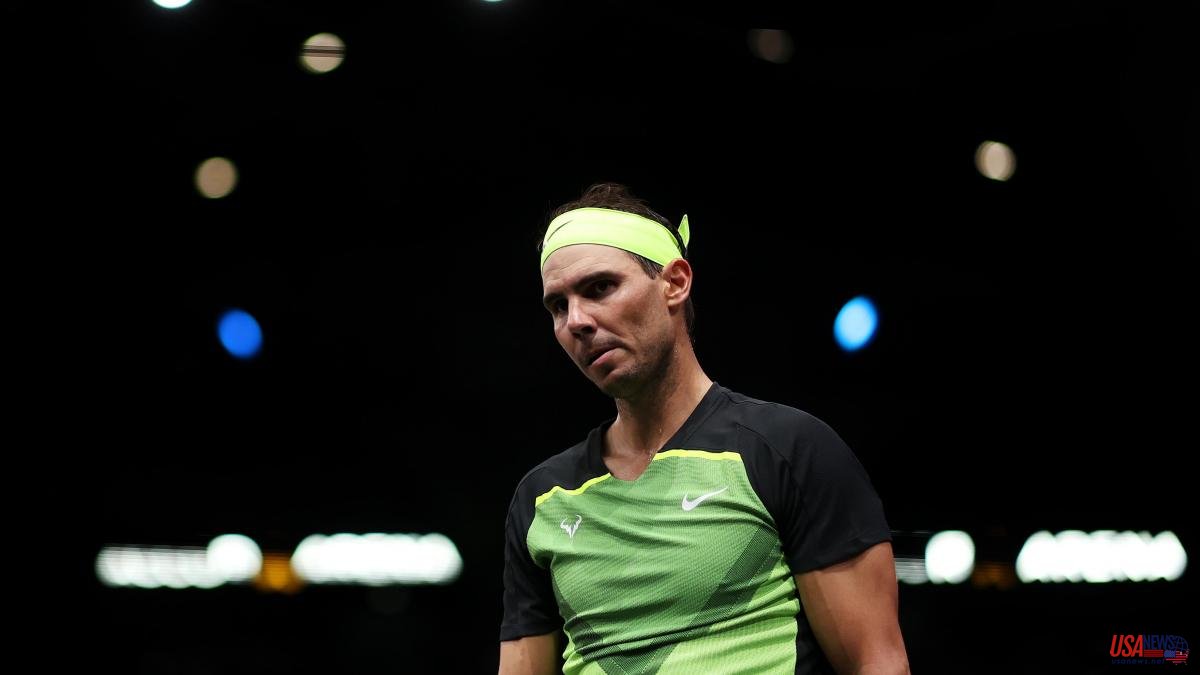 How strange this tennis thing is becoming.

It was already late at night in Paris-Bercy, long nine, and Rafael Nadal (36) appeared on the track and no one seemed willing to leave the stands, because Paris is the talismanic city of Manacori talent (doesn't his sculpture shine in the Roland Garros venue?) and ammunition runs out and the manacorí has ​​lavished little in recent times.

(We had not seen him perform since the US Open, at the beginning of September, when he had suffered from his abdominal problems, the same ones that had weighed him down in July, at Wimbledon)

His drift was unknown, just as he is going at the pace and also due to the weight of the rival: Tommy Paul (31st racket), a hard court tennis player, does not have a great track record and fades in the longest rallies, although it turns out be a good server.

At first everything seemed to be going well.

Nadal fixed his position, handled himself with success in the service and accelerated when he played, as for example in the eighth game of the first set, when he broke the American's serve to manage the set.

But then to suffer.

Nadal did not fuel at all, did not close the exchanges and let the American live, who survived in the second set and came up in the tie-break, when he was more solid and more determined and placed 4-1 and also 6- 3 and ended up taking the sleeve.

Whoever expected the reaction of the manacorí was going to be left without a prize. The world number two lost gas and Tommy Paul ran and ran and reached everything, and Nadal was desperate when he lost his serve in the fourth game and also in the sixth and nothing was going to rescue him, no matter how much he talked with his coaches, Carlos Moyá and Francis Roig, both contemplating him from the chicken coop.