Neither the years nor the injuries can with Rafa Nadal. 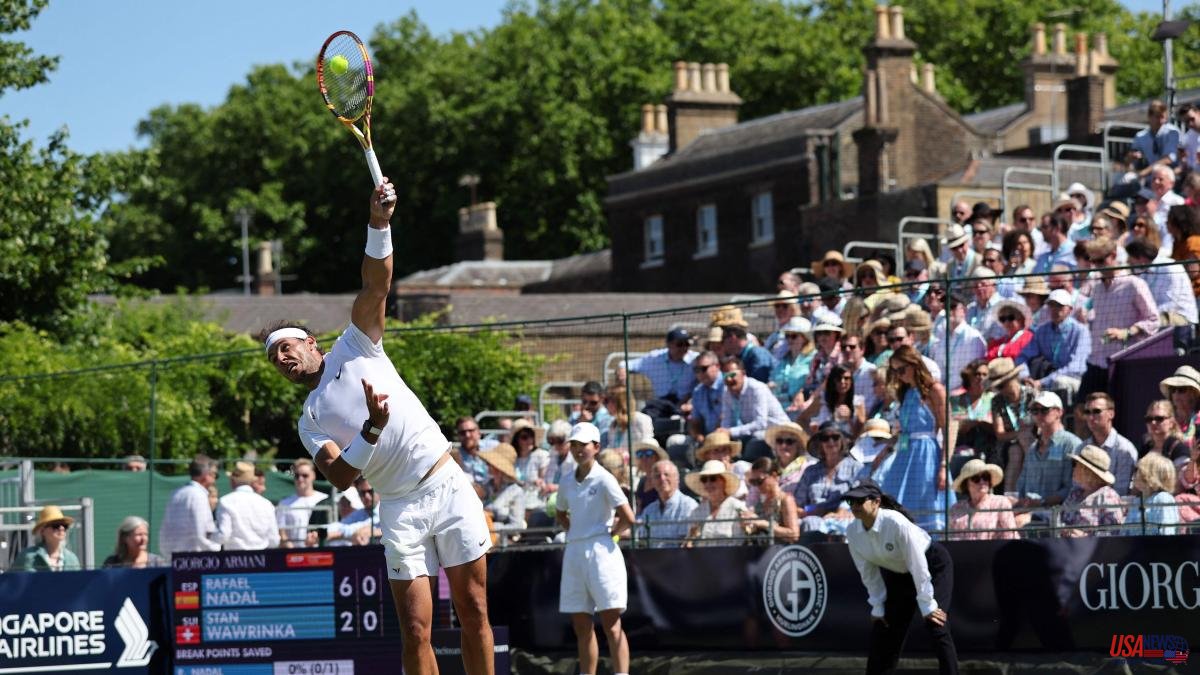 Neither the years nor the injuries can with Rafa Nadal. Three years after his last match on grass and at the exclusive and luxurious Hurlingham Club, in Fulham, not far from central London, the Spaniard crushed Stan Wawrinka in an exhibition match sponsored by Giorgio Armani (6-3 and 6 -two).

It was Nadal's first match on grass almost three years after losing in the Wimbledon semifinals against Roger Federer. The expectation focused on seeing the physical state of the Balearic after the treatment he has undergone for his injury to one of his feet and for which he no longer needs anesthesia to play.

The player from Manacor was a roller and defeated his rival, 37 years old, winner of three majors and number three in the world in 2014, in just two sets. It is true that Wawrinka is now far below the best version of him, at 265th in the ranking.

Nadal moved quite freely on the pitch, he showed that he had improved a lot with his serve and returned with sufficiency. On Friday he will face Auger-Aliassime, a much more important rival that will serve to measure the true state of the Spaniard. On Thursday, Carlos Alcaraz will come into action with a rival yet to be determined.