Musk, Bezos, Buffet... too rich to pay the Treasury

As if it were a joke, the question is raised: how are the very poor poor and the mega-rich alike? In which neither one nor the other pays taxes. 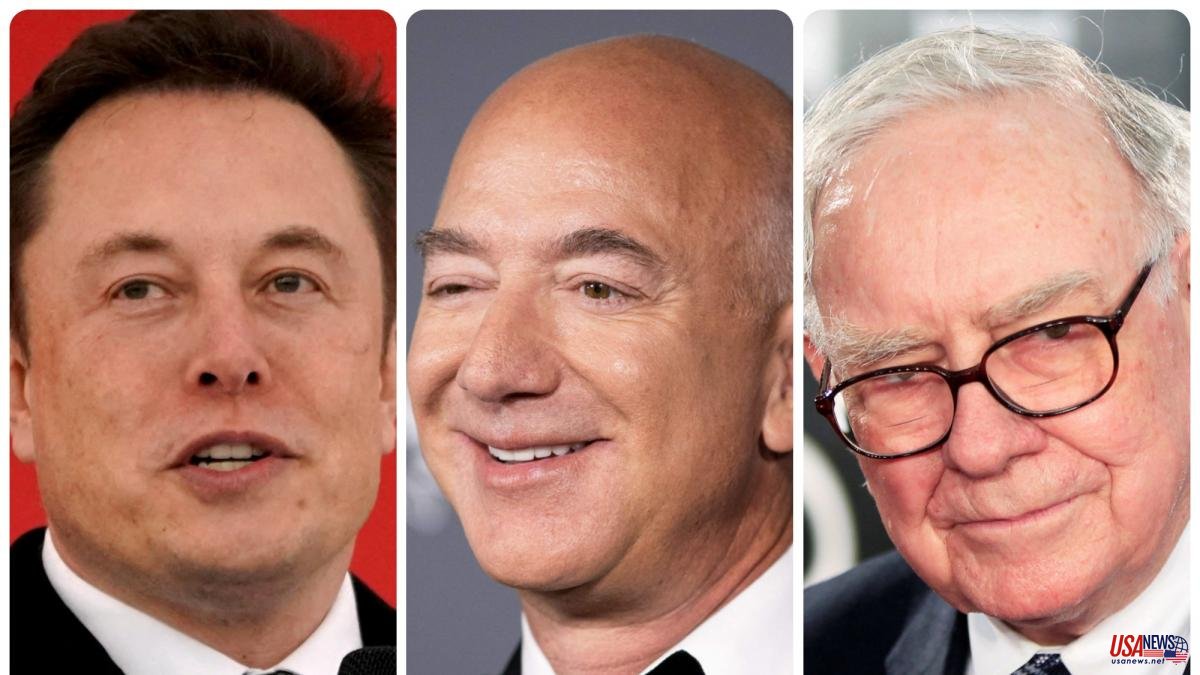 As if it were a joke, the question is raised: how are the very poor poor and the mega-rich alike? In which neither one nor the other pays taxes.

It is already known that a good chirigota part of the hyperbole. This time, however, there is data that demonstrates the main postulate, which is that US billionaires (more than a billion dollars) are allergic to contributing to the treasury in proportion to their fortune and its increase. This group, which some call the 0.01%, see how their current account grows perennially, but not necessarily their taxes.

This is indicated by a study published this week by the organization Americans for Tax Fairness (ATF). According to their findings, 26 of the richest people in the United States paid an average federal income tax rate of just 4.8% in the period from 2013 to 2018 when their wealth growth is counted as income.

"Teachers, plumbers, firefighters and other workers can pay higher taxes than billionaires, and that's counting only the small part of their income that is now taxed," emphasizes Frank Clemente, executive director of ATF. "If you include their tax-free wealth in the calculation, many billionaires pay virtually nothing," he says.

Among the notable names who pay around 2% or less tax rate based on the growth of their wealth are the two richest men in the world: Elon Musk, founder of Tesla (2.1%), and Jeff Bezos, creator of Amazon (1.1%). Warren Buffett, the oracle of Omaha, is at 0.1%, and Mark Zuckerberg (Meta-Facebook), at 1.1%.

The total of the 26 managed to grow their wealth by 500,000 million in that period. Instead, his total federal income taxes were just $24 billion.

This is because they get their benefits from their assets and not from their salary. What they paid was not based on the growth of their capital, which under current legislation is not taxed, but on “taxable income”: salaries, business profits, dividends, interest, income from the sale of shares and other investments or means.

"As usual for the ultra-rich, that taxable income, in this case of 132.2 billion, is much less than the jump in their fortune," says ATF, a progressive group that has made its calculations by crossing the revelations made by Pro Publica last year. about what the great millionaires contribute and the data of their fortunes that Forbes collects.

This is a lively debate in the US, with a White House in the hands of the Democrats and an objective that can be summed up in the slogan “tax the rich”.

President Joe Biden promised to raise the contribution starting at $400,000 in annual income. But he recently announced the so-called "billionaire's minimum income tax" in order to subsidize public investment and reduce the deficit.

Given the circumstance that taxes are collected on capital gains only when an asset is sold, not when its value increases, the plan would apply to wealth from 100 million and a rate of at least 20% would be paid. both for income and for gains not yet realized from the value of liquid assets such as shares. The White House calculates that this would allow it to raise some 360,000 million in a decade.

Both Musk and Bezos, also outraged by the push by Biden and the Democrats to unionize workers, have come out to slaughter.

The ATF report argues that, at the scale these tycoons are on, “growth in asset value, even if those assets are not sold, can be as good as money in the bank, which Elon Musk is giving him good results with his purchase of Twitter. Among other advantages, he adds, these profits can be used "to guarantee low-interest loans that finance luxurious lifestyles without having to pay income taxes."