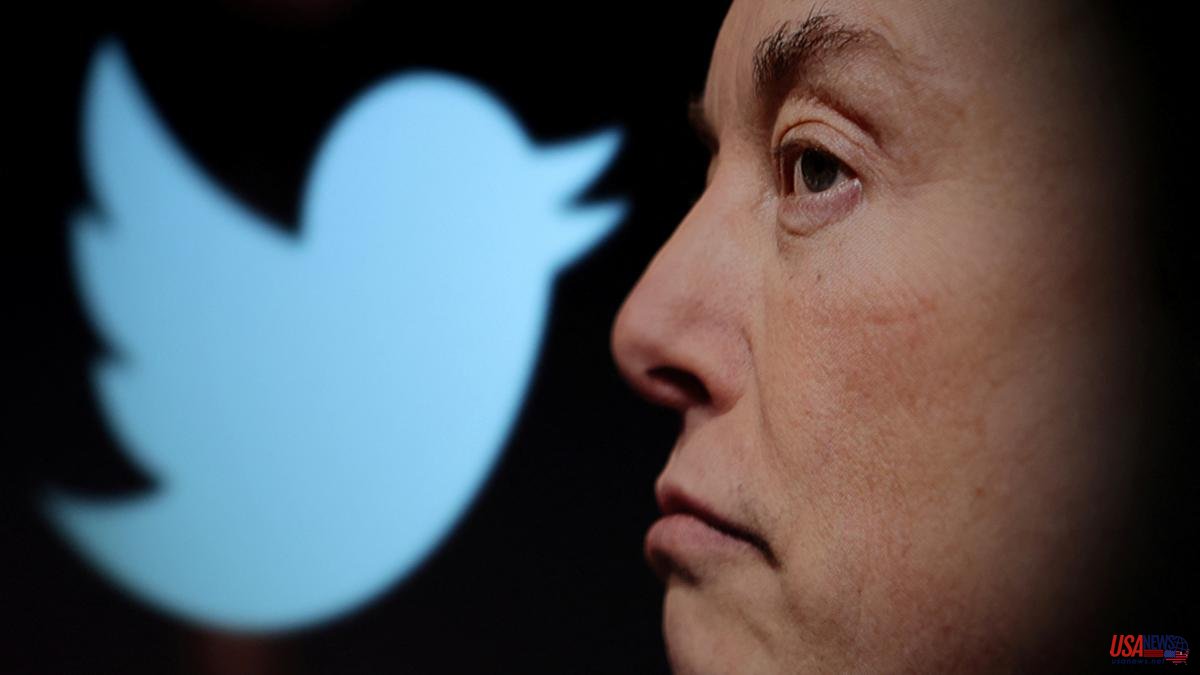 Elon Musk has already taken command of Twitter. He is the owner after months of drama in one of the most unusual corporate takeover battles. The allegorical meaning of going to the headquarters of the social network in San Francisco on Wednesday carrying a porcelain sink was explained on Thursday night. It was a matter of drainage and the cleanup immediately began with the dismissal of the three leaders of the company.

At the end of the purchase process, the new owner began the sieve. He terminated the executive director, Parag Agrawal; chief financial officer Ned Segal; and the legal director, Vijaya Gadde, who was appointed by the former CEO and founder, Jack Dorsey, to control disinformation and the spread of conspiracies, which was what led to the expulsion of then US President Donald Trump.

The richest man in the world closed the deal the day before the deadline, set for this Friday by Judge Kathaleen St. J. McCormich, of the Delaware court, and took over the platform for 44,000 million dollars, according to various media sources.

The limit imposed by the judge was five in the afternoon this Friday. But there were indications in the previous days that Musk was close to taking over the ownership of Twitter, one of the platforms that, despite being an unprofitable or unprofitable business, enjoys great social influence and on which a change is now predicted. radical, with implications for online discourse. Among these signs it was found that the banks began this week to send money to support the operation. The interested party himself changed his profile on the network and described himself as "the tweeter in chief."

In this way, an unusual business saga ends thanks to the prominence of a Musk turned into the "agent of chaos" due to his fickle and volatile behavior. The era of the private social network begins, after half a year of posturing (now I buy, now I don't buy), of lawsuits, verbal insults and being on the verge of a trial that looked bad in case of not complying with the marked calendar For justice.

From the success and fortune amassed with electric cars (Tesla) and his adventure with space rockets (Space X), Musk thus fulfills his desire to influence the market of ideology. Although it is not clear what his strategy will be, from the beginning he assured that he will allow the return of Trump, who, today, not only maintains his coup conspiracy to perpetuate himself in power, but has even reinforced that rhetoric of falsehood to cover up his political defeat.

There is a fear that Musk's alleged opening of dialogue, without restrictions, will serve to exacerbate the problems of toxic content and manipulations that have been simmering for a long time,

Only a few hours before the change in ownership of Twitter was revealed in the American media, Musk published on the network a kind of manifesto of intentions, markedly messianic in nature, although aimed especially at calming advertisers due to the danger of their flight given the fear that, by easing the controls, the platform will become the digital space of insults, racism and conspiracies against democracy.

In that statement, he confessed that he did not make that purchase to earn money. The matter is much more grandiose. "I try to help humanity, which I love," she said in her tweet. "The reason why I buy Twitter is because it is important for the future of civilization to have a common digital agora, with a wide range of beliefs that can be discussed in a healthy way, without resorting to violence," she remarked.

"There is a great danger that the social network will be divided between the extreme right and the extreme left and become an echo chamber that generates more hate and divides our society," he added.

After all that prolegomenon, the lexicon of his tweet reaches a much more practical and business-focused sense. "Twitter obviously cannot become a free-for-all hellscape, where anything can be said without consequence," she wrote in that message addressed to "dear Twitter advertisers."

The origin of this soap opera dates back to last April, when Twitter accepted the offer of 44,000 million presented by Musk. A few weeks later, and after sowing doubts about the honesty of the platform that politicians and journalists like so much, he sent a letter to renounce the agreement. He wanted to get away with it, as if nothing had happened, arguing that the social network hid a huge number of fake accounts and bots, so his financial reality was falsified.

Indeed, the analysts concluded that, between the lines, Musk understood that he was paying a vastly overvalued price for a company with significant business challenges.

Twitter responded with fury and went to the Delaware court, where litigation of this type is raised. Little by little, Musk understood that, if he went to court, his chances of winning were rather slim. When the trial date, set for this October, approached, the businessman retracted his backtracking and again accepted the 44,000 million pact.

Republicans, who consider themselves censored, toast Musk and Democrats fear the unleashing of coup plotters and plotters. The next November 8 is voted in the United States and many see on that date a proof of what Twitter can be in the hands of the richest man in the world.