The Motown record company wouldn't have been the same in the '60s without Lamon Dozier. 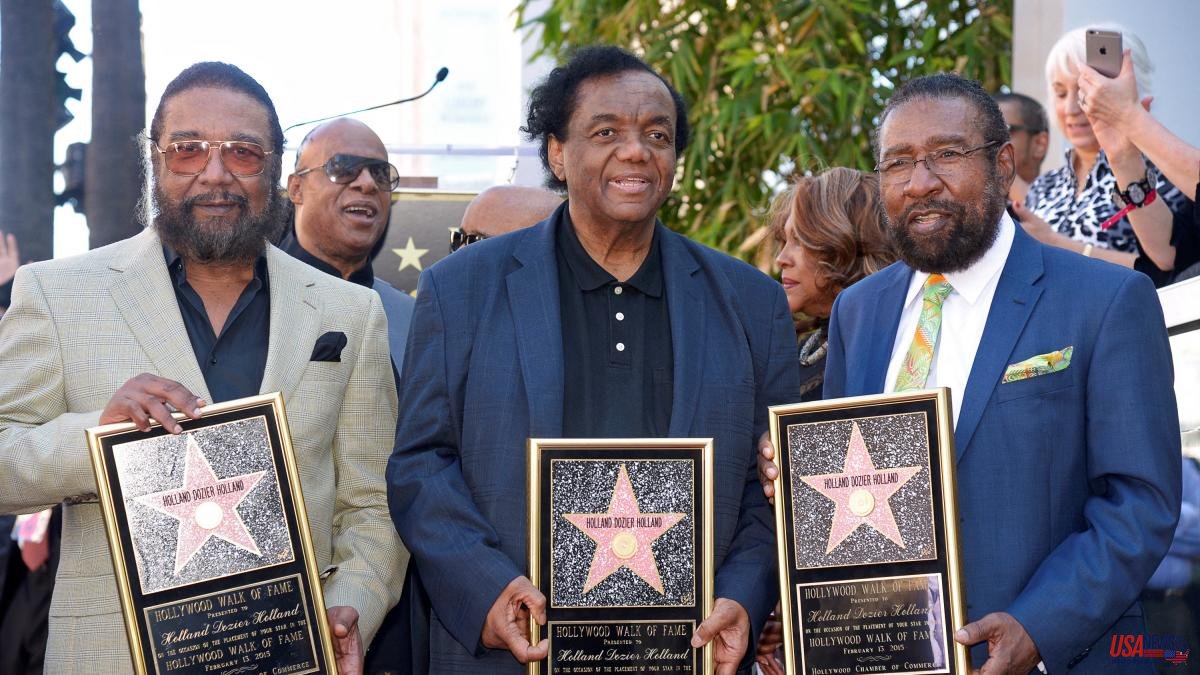 The Motown record company wouldn't have been the same in the '60s without Lamon Dozier. Despite not being a well-known character to the general public, he formed the historic triplet of the great soul factory together with the Holland brothers, capable of creating dozens of soul hits that year after year were placed at the top of the American charts. . The American composer and producer has died this Tuesday at the age of 81.

Over a four-year period, from 1963 to 1967, Dozier and brothers Brian and Eddie Holland created more than 25 top 10 songs and mastered that fabulous blend of pop and rhythm and blues that became name soul. This distinctive style allowed the legendary Detroit label, and its founder Berry Gordy, to challenge the boundaries between black and white music and rival the Beatles on the airwaves.

Like many Motown artists, Dozier was born in Detroit and raised in a family of singers and musicians. He sang in his Baptist church choir and his love of words was affirmed by an elementary school teacher who, he recalls, liked one of her poems so much that she kept it on the blackboard for a month. .

By the end of the 1950s, he was already a professional singer and ended up signing with Motown, where he first worked with Brian Holland and then with Eddie Holland, who wrote most of the lyrics.

In Motown's historic and self-described ascent to the "Sound of Young America," Holland-Dozier-Holland stood out even in comparison to such gifted peers as Smokey Robinson, Stevie Wonder and Barrett Strong. The songwriting team was inducted into the Songwriters Hall of Fame in 1988 and the Rock and Roll Hall of Fame two years later.

Some of Motown's biggest hits and catchphrases grew out of Dozier's domestic life. He remembered his grandfather addressing women as Sugar pie, honey bunch, the opening words and continuing refrain of I Can't Help Myself (Sugar Pie, Honey Bunch) by the Four Tops.

The success of the Four Tops Bernadette was inspired by the three songwriters having trouble with women named Bernadette, while an argument with another Dozier girlfriend helped inspire a favorite of the Supremes.

"She was pretty hot because I was quite the ladies' man at the time and had been cheating on her," Dozier told The Guardian. "So he started scolding me and beating me until I said, 'Stop! In the name of love.' And as soon as I said it, I heard a cash register in my head and I laughed. My girlfriend wasn't too happy about it - we broke up. . The only ones who were happy were the Supremes."

H-D-H's neatness was ideal for iconic Motown act Diana Ross and the Supremes, for whom they wrote 10 No. 1 songs, including Where Did Our Love Go, Stop! In the Name of Love and You Can't Hurry Love.

Dozier focused on melody and arrangements, whether it was the haunting echoes of the Vandellas' choruses on Nowhere To Run, the guitar flashes that drive the Supremes' You Keep Me Hanging On, or the hypnotic gospel piano of Can I Get a Gaye's Witness.

The heyday of H-D-H and Motown ended in 1968 amid legal disputes over copyright and other issues. H-D-H left the label and neither party recovered.

H-D-H's efforts to create his own business did not catch up with Motown. The Invictus and Hot Wax labels disappeared within a few years, and Dozier recalled in disbelief that the Hollands had turned down such future superstars as Al Green and George Clinton.

On his own, Dozier scored a top 20 hit with Trying to Hold on to My Woman, helped produce Aretha Franklin's Sweet Passion album, and collaborated with Simply Red's Eric Clapton and Mick Hucknall, among others.

His biggest hit was co-writing Phil Collins' song Two Hearts from the 1988 film Buster, a Motown-style mid-tempo ballad that won a Grammy and Golden Globe and received an Oscar nomination.

H-D-H reunited for a stage production of The First Wives Club, which opened in 2009, but their return was brief and unhappy. Dozier and the Hollands clashed often, and Dozier left the play before it opened.

"I don't see us working with Lamont again," wrote Eddie Holland in Come and Get These Memories, a memoir by the Hollands that came out in 2019, the same year Dozier published the memoir How Sweet It Is.

Dozier acknowledged that his early success conflicted with his family life, but he eventually settled down with Barbara Ullman, who died in 2021 after more than 40 years of marriage. His children include songwriter and record producer Beau Dozier and songwriter Paris Ray Dozier.