The musical The Lion King, one of the most successful of all time, will celebrate 25 years next month, a quarter of a century, in theaters uninterruptedly. 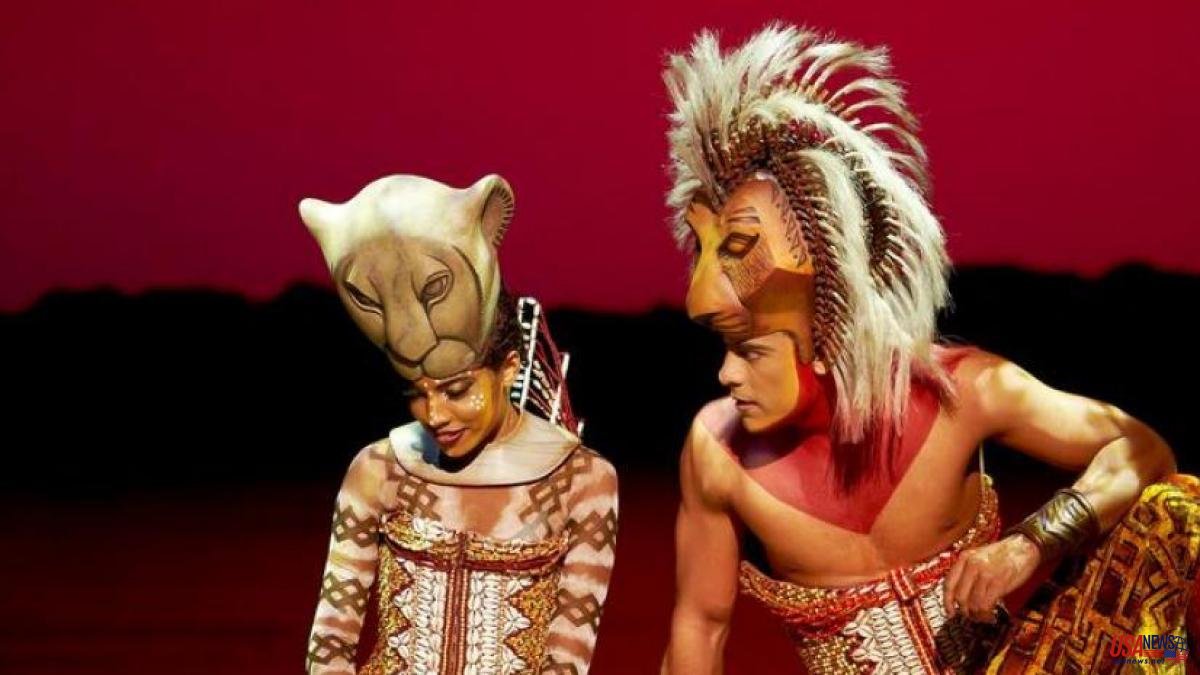 The musical The Lion King, one of the most successful of all time, will celebrate 25 years next month, a quarter of a century, in theaters uninterruptedly. Thus, the musical becomes the third longest-running in Broadway history, as announced today by its producer, Disney Theatrical Productions.

Throughout its history, almost 1,300 consecutive weeks, the musical has been seen by 110 million people, which places it in the "top 5" of musicals by collection.

It has been such a successful formula that it has been replicated in productions on all continents, "except in Antarctica," the producer has ironized. Thus, the story of Simba and Nala has versions in Chinese, Spanish, French, Portuguese, German, Japanese, Dutch and Korean; and has been performed in 100 cities in 19 different countries.

Currently, the musical of the African savannah can be seen in nine productions around the world, including Madrid, London and Paris. With this offer, an average of 115,000 daily viewers are attracted to the rhythm of Hakuna Matata. Consequently, it has become the most profitable show in Broadway history and even more than any in Hollywood, according to Disney's calculations.

In addition, the musical has been awarded tirelessly: Tony, Grammy, Critics Circle awards among others; and the benefited categories have been practically all: score, scenic design, costumes, lighting and choreography, among others. Thus, it is consolidated as a complete musical, with a highly competitive production, a fact that is evidenced by its long history and maintenance of bands over the years.

The celebrations have already begun on Broadway, just as Halloween approaches. The festive atmosphere will culminate on November 13, the day that the musical will be exactly 25 years old.