Music, an emotional factor in the funeral ceremony of Elizabeth II

From a musical point of view, Elizabeth II's funeral has met expectations and has even, at certain times, exceeded the level of emotion expected from a one hundred percent British ceremony officiated in the solemn Westminster Abbey. 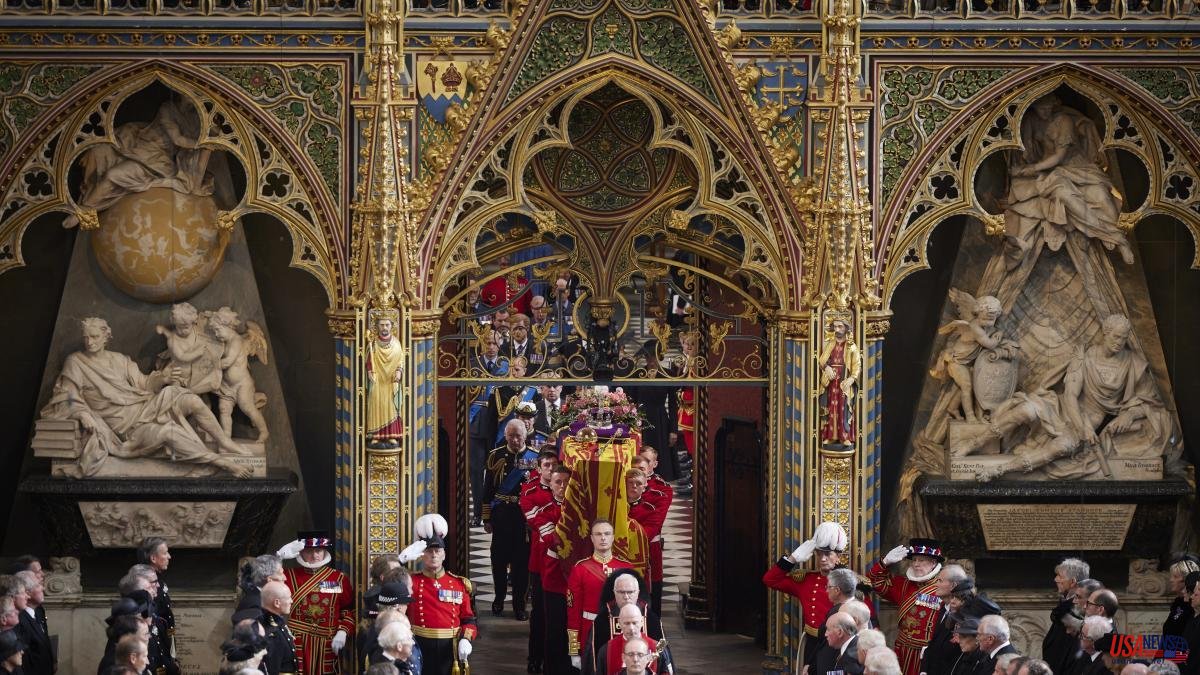 From a musical point of view, Elizabeth II's funeral has met expectations and has even, at certain times, exceeded the level of emotion expected from a one hundred percent British ceremony officiated in the solemn Westminster Abbey. This is the case of the highly commented intervention of the Queen's piper, who at the end of the ceremony -even after the national anthem had been played- sang Sleep, dearie, sleep (Sleep, dear, sleep) giving viewers goosebumps from half the world

It happened without going any further in the Cercle del Liceu in Barcelona, ​​where some members went to follow the televised ceremony on the big screen. "It was so special, so exciting that moment when the piper finished playing and turned around to leave... while the music was still playing," commented one of the members of this centennial institution (this year it turns 175). ) who was accompanied by a German nobleman, yearning for the figure of the emperor in his country.

Paul Burns, the Queen's piper from the Royal Regiment of Scotland, played for the Queen every day at 9:00, under her window. Whether he was at Balmoral, Windsor Castle, Buckingham Palace or Holyroodhouse. And at her funeral, the non-commissioned officer also obeyed orders from Elizabeth II herself, who designed every moment of her own funeral ceremony.

"What a great gift she has given her piper, to give him the starring role in that intimate moment," added another of the members who had come to the Circle and who had subsequently participated in a very English lunch: cream and roast beef.

The bagpipes put an end to the act in doors, just before the group of bearers lifted the coffin from the catafalque and left the Abbey. The variety of musical styles heard has its origins in the traditions of earlier royal funerals. The Edwardian feeling combined with touches of modern music that sometimes connected with the musical tastes of Elizabeth II herself.

As the procession arrived from Westminster Hall, two of Westminster Abbey's organists played British pieces: by Edward Elgar, Ralph Vaughan Williams and Charles Villiers Stanford, and other contemporary musicians, recent Queen's Masters of Music, such as Malcolm Williamson and Peter Maxwell Davis. Once the two thousand guests entered the Abbey, it was the hymns and psalms performed by the two choirs from Westminster and the Chapel Royal that raised the most passions.

"The Lord is my shepherd, I will not fail", one of the Queen's favorites, and "The day you gave to the Lord is done", a hymn with a beautiful tone of resignation. Various pieces were played by Edward Elgar, from Elegy, Sonata in G, Sospiri and Nimrod. And by Peter Maxwell Davies (1934-2016) Reliqui domum meum was heard. It was conducted by James O'Donnell, Master Organist of Westminster Abbey.

"It has been great but collected, these people have the ability to achieve something like that," one of the members added during the subsequent meal in the Circle. Scottish melancholy combined with the discretion of English eloquence. And all of this without forgetting Catholic composers, such as James McMillan, whose version of a mystical poem by Henry Vaughan was played by her.

At the funeral service in St George's Chapel, Windsor Castle, only a choir participated. The musical obsequies did not feature new works here, but rather from the great repertoire, such as Prelude by Sir William H. Harris (1883-1973) and "Sheep may safely graze", from a Cantata by Bach. And diversity was taken into account, with organ pieces by Ethel Smythe and black composer Samuel Coleridge-Taylor.

The Queen's piano teacher, Sir William H. Harris (1883-1973), also had his moment as the composer of a piece for organ and a motet, and the Russian Kontakion of the Dead was sung, the chords of which already resounded last year during the burial of the Prince consort, Philip of Edinburgh. It is a favorite of Queen Victoria and was last performed at Queen Alexandra's funeral in 1925.

"Nobody knows how to sell the country brand like the British monarchy, the precision and pace of the event has been incredible," said one of the members of the Circle during the meal that had begun with a toast to the Queen in English. Among the twenty diners there was an English partner who clearly expressed his disagreement with the TVE commentators, who "did not even respect the two minutes of silence" during the broadcast. "And we also couldn't listen to the music without having to hear them talking on top of it."

"Yes, for me the last straw has come when they have spoken of the Chapel of San Jorge as a junk room, where a lot of people are buried," another of the members pointed out. However, there were those who considered that what the English are the best at is in coronations, while in Spain state funerals are more lucid. "Because Spain proclaims, it does not crown".