Museums are approaching pre-pandemic numbers in 2022

The so-called triangle of art, made up of the Prado, Reina Sofía and Thyssen Museums in Madrid, substantially increased their number of visitors in 2022, as did the Guggenheim in Bilbao, which has had an exceptional year in its 25th year. 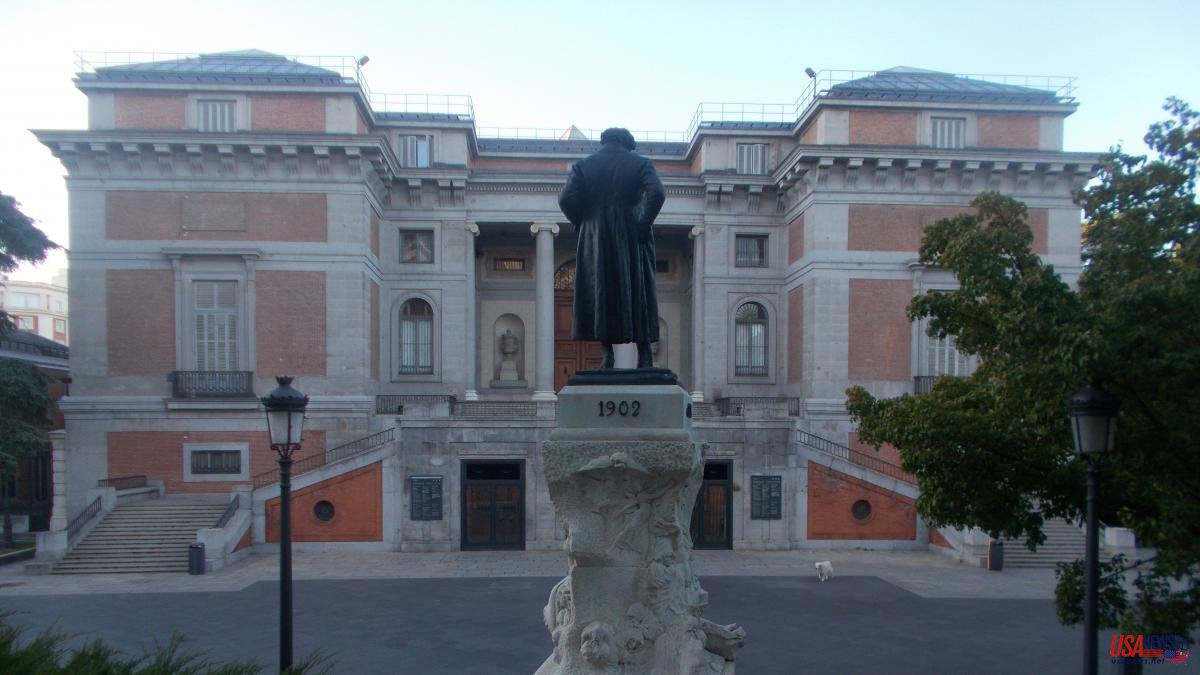 The so-called triangle of art, made up of the Prado, Reina Sofía and Thyssen Museums in Madrid, substantially increased their number of visitors in 2022, as did the Guggenheim in Bilbao, which has had an exceptional year in its 25th year. anniversary, and the museums and traveling exhibitions of the La Caixa Foundation, which have exceeded 7 million visits.

The Prado Museum received 2,456,724 visits, a figure that represents an increase of 115.43% compared to 2021, when 1,126,897 visitors were received, according to data from the institution. The last week of 2022 has been the busiest, and on December 29 it registered the highest total, 12,440 visitors, a "record number," says the museum. The traveling temporary exhibitions have received 29,006 people.

Revenue from the sale of tickets and accessories for the visit amounted to 17,328,002.22 euros, an amount 10 million more than last year. The Museo del Prado has also recovered foreign visitors, which in 2022 accounted for 50.2%, compared to 26% last year.

The Museo Nacional Thyssen-Bornemisza closes the year of its 30th anniversary with 1,072,003 visitors, a figure that represents an increase of 59.7% compared to 2021. After the total elimination of capacity restrictions, the museum has recovered the volume influx of the years prior to the pandemic. Visitors to the permanent collection amounted to 607,942, 65.1% more than the previous year, which received 368,288, according to the museum.

American Art in the Thyssen Collection, open for ten months, has been the most viewed exhibition, with 242,546 visitors, followed by Picasso/Chanel, which a few weeks after its closure has already added 129,187.

In addition, 54,507 people participated in the activities of the Reina Sofía and 27,309 visited the Library. This figure represents an increase of 86% compared to 2021, when the museum received a total of 1,643,108 visitors.

It represents an important recovery, after the latest figures of the pandemic, and increasingly closer to the 4.4 million visitors in 2019 or 3.9 million in 2018. Ticket collection has also increased, which has grown by 170 % compared to 2021 and 1.5% compared to 2019.

The Guggenheim Bilbao Museum received 1,289,147 visitors in 2022, 43 percent more than last year, the third best in its history, according to figures provided today by the Bilbao center.

2022 has been an "exceptional" year, the museum has highlighted, thanks to the great support of the public in the year of the commemoration of its twenty-fifth anniversary.

The main cause of this success has been the success of the car exhibition curated by Norman Foster, which was visited by 751,243 people between April and September. Not far behind was the one dedicated to Jean Dubuffet, which received 668,347 visitors between February and August.