MotoGP: Schedule and where to watch the Thai GP race

The Motorcycle World Championship lands this weekend in Thailand. 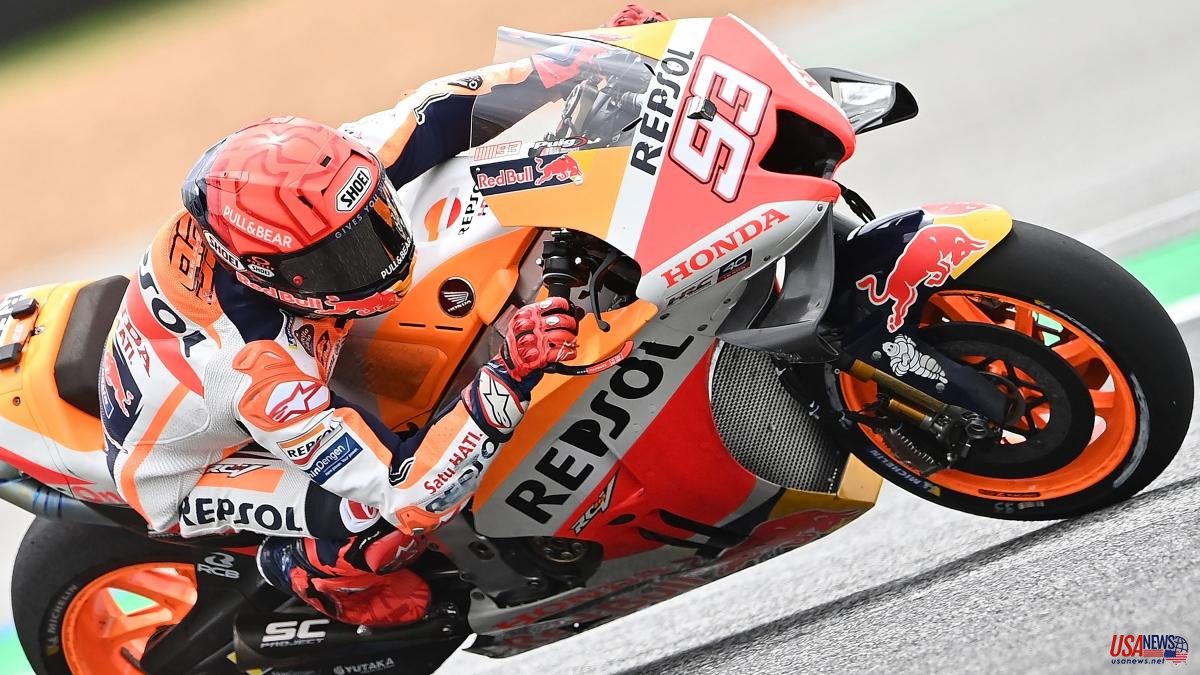 The Motorcycle World Championship lands this weekend in Thailand. The Buriram circuit hosts the seventeenth race of the MotoGP, Moto2 and Moto3 season. In the premier class, the World Championship continues to be dominated by Fabio Quartararo (Yamaha), although in recent races Pecco Bagnaia (Ducati) has cut points from the reigning champion and is his main rival.

Neither one nor the other will start in the first place on the grid in the race. Saturday's classification was dominated by Marco Bezzecchi, one of Valentino Rossi's pupils at Rancho de Tavullia. The Italian got the first pole position with a stratospheric last lap and a track record, which surprised the two contenders for pole, Jorge Martín, second, and the aforementioned Bagnaia, third.

The Thai MotoGP GP will be held on Sunday, October 2 at 10 a.m. Spanish time and will be broadcast on DAZN, a platform that can also be seen on Movistar. The Moto2 race will be at 8:20 a.m. and the Moto3 race at 7:00 a.m. The La Vanguardia website will offer the minute by minute of the MotoGP race.

Bezzecchi noted that yesterday was "a fantastic day" and that he "didn't expect" to get pole position. "I've had a very good feeling in one lap, but we've also worked very well and I've been competitive in terms of pace; so it's been a good day and I'm very happy because it's the first MotoGP pole position for the team, and I take it They deserve everything," said the Italian from Ducati.

Marc Márquez knew how to deal with all the problems of the day and although he could not get past eighth position, he showed that he is in better physical shape as he managed to save a couple of "scares" on his bike in right-hand corners, supposedly the bad side for being where he suffered the injury, which is a new example of his constant and positive evolution.

The fourth free practice sessions only ratified several issues, the first of which was Ducati's supremacy on this track, with five bikes in the top ten and the rhythm problems for both Marc Márquez, Aleix Espargaró and Maverick Viñales, who at no time could they be at the level of their best rivals.

The first starting line was entirely Ducati, with Marco Bezzecchi, Jorge Martín and "Pecco" Bagnaia, with Fabio Quartararo, Johann Zarco and Enea Bastianini in the second, while the third went to Jack Miller, Marc Márquez and Luca Marini.

Marc Márquez fought to the end for pole position, but a double scare at the entry-to-the-finish corner, which he masterfully saved, prevented him from doing so in the final stretch of qualifying. The one from Cervera hopes to show again the good feelings of the two previous races.

The MotoGP World Championship continues to be led by Quartararo, with 219 points. He is followed by the Italian Bagnaia, 18 points behind. Third place in the standings is held by Catalan Aleix Espargaró, 25 points off the lead.