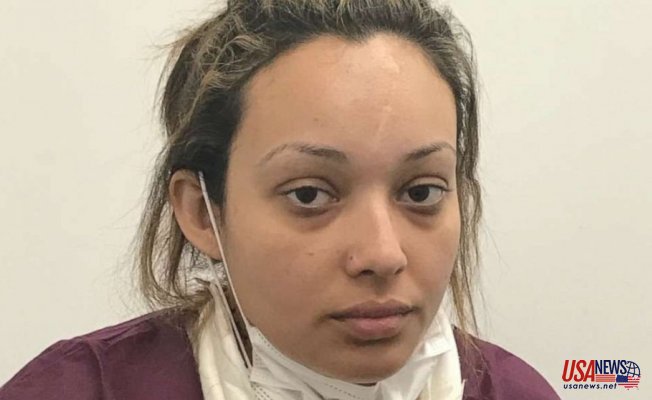 The mother was found with a wound to her neck following the assault.

A mom of a 3-year-old woman has been charged with attempted murder after allegedly slashing her daughter at the neck with a pair of scissors prior to doing the same to herself.

The incident occurred on Saturday, March 27, at the Wheaton-Glenmont area of Montgomery County, Maryland -- just north of Washington, D.C. -- when emergency services received a call at approximately 10:50 a.m. after a relative who had arrived at the family home detected blood on the bottom of their residence, according to the Montgomery County Department of Police.

When officers entered the house they discovered a pair of scissors and blood onto the floor of the house before locating 28-year-old Anne Catherine Akers to a bedroom floor experiencing a laceration to her throat.

However, when initial responders started to check her injuries and administer help, they eliminated a blanket that Akers was holding onto and discovered her 3-year-old daughter beneath with a life threatening wound to her neck.

Officers immediately began performing life-saving steps in the 3-year-old, as per a statement from the Montgomery County Department of Police.

"Fire and Rescue personnel arrived and transported Akers into a nearby hospital with serious injuries. A Maryland State Police helicopter hauled Akers' daughter into an area hospital with life-threatening harms," the statement read. "Physicians who medicated Akers' daughter in the hospital said to detectives that in their view, without the officers' immediate life threatening activities, the three-year-old's injuries would have been fatal.

Authorities didn't disclose possible motivations or reasons behind the slashing.