Mossos d'Esquadra, the police that guarantees rights and freedoms

In the last six years in Catalonia, 73,700 evictions have been carried out. 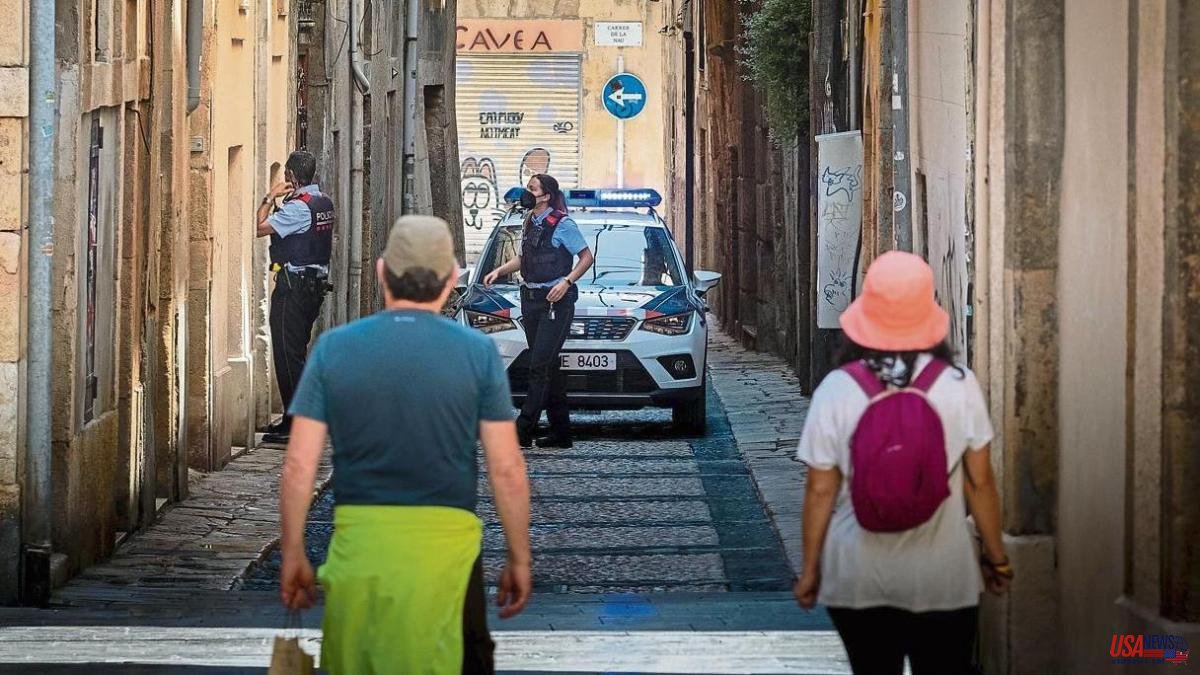 In the last six years in Catalonia, 73,700 evictions have been carried out. In 20 percent of the cases, the Mossos d'Esquadra were present and on 600 occasions there were incidents.

To reverse situations like this, the police force has launched a new action protocol that is committed to further increasing mediation and avoiding the action of the agents. A clear commitment that not only focuses on the operating models in relation to housing, but also opens the focus and aims to change the police model. The objective? Get the Catalan police to be more democratic and social. Let it be the police that society needs.

Evictions or evictions are the most visible part of the problem of access to housing, the most publicized. But behind it there is a collective failure that has a long history. It is clear that before reaching this extreme situation, more policies are needed to guarantee the right to decent housing for all citizens, one of the pillars of the welfare state on which not enough attention has been paid. Probably because we historically have a housing policy that comes from the Franco period and that promotes private property, accessible to the middle and upper classes. From the year 2000 there is a paradigm shift, with Law 18/2007 on the Right to Housing, but the damage had already been done. The following year, in 2008, the economic crisis broke out and since then we have been trapped in a housing emergency that we have not overcome. In the last decade, the administrations have focused on resolving the emergency, as it had to be. But it has not been planned in the long term. And this is where we are. Housing policies have to be long-term, and resources and patience are needed.

The problem of access to housing and the new model of action of the Mossos d'Esquadra in this sense was discussed this Thursday in Catalunya Futur with the Minister of the Interior, Joan Ignasi Elena; with Núria Valls, Secretary of Childhood, Adolescence and Youth of the Government; with Rosa Bosch, a member of the Mossos Headquarters; with Alba Alfageme, a psychologist specialized in victimology, and with Jordi Bosch, an expert in housing policies. Everyone is clear that when it comes to housing, people in vulnerable situations must be placed at the center.

Minister Elena recalled that “the Mossos do not evict, we are not talking about a police problem. Homelessness is a social problem, a failure of society. The police are a guarantee of rights and freedoms, of accompanying the citizenry. And this has to be the principle that inspires police action. Prevention, mediation, this way of understanding the police, is what prevents more incidents, more crime. On the other hand, the reaction, the police that do not foresee, make societies more unjust”.

With the new protocol of the Mossos d'Esquadra, the way of acting throughout the country in cases of evictions and evictions is unified. “We put the antenna on all the previous path that there has been before reaching this limit situation. From the Mossos we monitor the cases beforehand to try to ensure that people in vulnerable situations are not left out in the open”, Elena stressed. Precisely, Núria Valls explains that from the DGAIA “we are working so that no family with children is evicted. We have to focus on the protection of these minors. And it worries us when the evictions are not carried out in the public sphere, but from the private sphere, that is, when a company or a group hired by others is commissioned. Here we have no control of anything." In this sense, the mayor Rosa Bosch has explained that the Mossos are a police force “centered on the person. We have a specialized victim care model. We have a victim-centric police model, in which the person is the center of attention. For example, in an eviction we analyze the type of occupation, if there are minors or vulnerable people. And we will only act when there is some kind of disruption to public safety.”

Evictions, like poverty in general, have a female face. The psychologist Alba Alfageme insists that “it is essential that public security policies incorporate the gender perspective. It is making a structural change in the organizational culture that involves not only feminizing the Mossos body, as is already being done, but also understanding and defining public security from this point of view”. And here, according to Alfageme, a change in language and in the collective imagination is important. “We have to talk about people in a situation of vulnerability and not about vulnerable people. To break the idea that it is a permanent situation. Any day we can find ourselves in an eviction situation. Because, if there is no connection between a civil society with needs and the police forces, there will come a time when the welfare state will enter into crisis”.

Evictions or evictions hide a whole emotional impact. It is the feeling of failure in your life when they are about to take away your house. “That blows up identity, it can be understood as a personal catastrophe. There is a great personal and physical impact that, very often, we forget and that can end in suicides. Because our home is our refuge, a space where we can build life, and it is very difficult for you not to break inside”, warns Alfageme.

How can this situation be reversed? What can administrations do to avoid reaching the extreme situation of having to evict someone? Jordi Bosch is clear about it: more direct aid to pay the rent, “because our spending is eight times lower than the European average. You have to work from the Generalitat and the town halls to plan in the long term, because housing policies are slow”. If we reflect on other European countries, we see that we are far from achieving it: here we have 1.7 percent of social rental flats. In Vienna, paradise in this matter, the figure rises to 60 percent. In the Netherlands they are close to 30 percent, and in France 17 percent. "We have to understand that the right to housing is an important leg of the welfare state," recalls Bosch. According to his forecasts, for another twenty years we will not have between 7 or 8 percent of flats for social rent.

All this amalgamation of truths and errors forces us as a society to introduce changes. The Mossos have already implemented the new action protocols in cases of evictions or evictions. But you also have to think about new housing models, such as the cooperative. Currently, there are already projects underway in cities such as Barcelona, ​​Valls or Martorell. Jordi Bosch points out that “it is a way of accessing affordable housing, but it has not yet had a great impact on the Catalan housing system. It is a seed. In countries like Uruguay it is a solution. In Catalonia we still have to find our welfare model in terms of housing”.

The dichotomy between security and freedom is key. The Mossos d'Esquadra are in a moment of opening, and it is important to take advantage of it so that there is an approach to the citizenry and to move towards the transparency of the police forces.