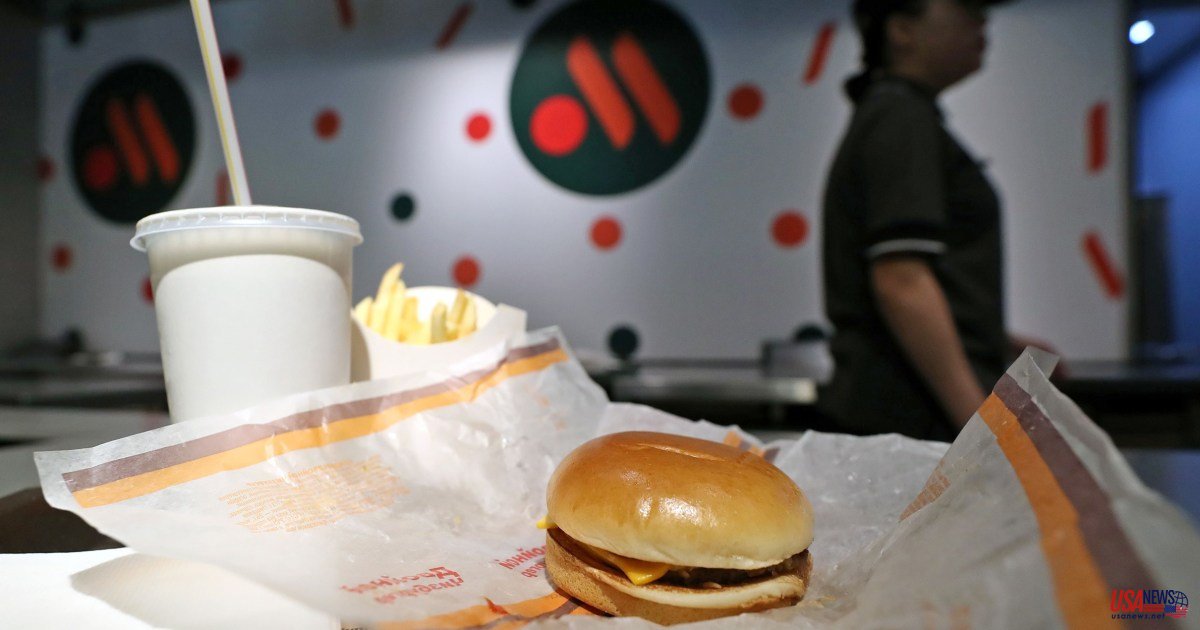 MOSCOW -- Three years after McDonald's in Russia suspended operations, hundreds of people rushed to the famous outlet at Moscow's Pushkin Square. The restaurant was reopened Sunday by a Russian owner with a new name.

McDonald's in Russia stopped operating its company-run restaurants on March 3. While some franchisees were able to keep their restaurants open, this multinational fast-food chain's action was one of the most prominent responses from foreign companies to Russia's invasion of Ukraine.

Two months later, McDonald's made the decision to leave Russia and sold its 850 restaurants in Russia to Alexander Govor. Alexander Govor was also the holder of 25 Siberia franchise licenses.

Govor is working fast to reopen shuttered outlets. The new name of the Russian chain was only announced a few hours after the Pushkin Square restaurant opened: Vkusnoi Tochka (Tasty period).

Although the logo is slightly different, it still invokes the golden arches: A circle and two yellow ovals representing a hamburger and french fries are combined into a stylized M.

On Sunday, fifteen former McDonald's restaurants will reopen in Moscow. Oleg Paroev is the general director of the chain. He said that he hopes to open 200 stores by the end the month.

The new McDonald's operation also agreed to keep all 62,000 employees in place prior to the sale, although the monetary terms of the deal were not disclosed.

Although the crowd at Pushkin Square was large and vibrant, it wasn't enough to match the number of people who turned out for McDonald's's 1990 opening. People waited for hours in line. McDonald's was a symbol of political and psychological resonance at that time.

Opening was the first taste that most Muscovites had in Western consumerism, service efficiency, and was also a sign that the Soviet Union was gradually letting go of its control and allowing foreign culture to enter the country.

Sunday's reopening was marked by a touch of nostalgia as the earlier symbolism was echoed.

Govor stated to reporters, "This is an historic place -- the flagship McDonald's." "I am certain it will be our flagship."

The restaurant was reminiscent of its fraternal twin. The touchscreens were used to place orders, and the counter staff wore familiar polo-shirt uniforms.