Mortgages are held back by fear of inflation and rate hikes

The rise in inflation and the expectation of a rise in rates have finally begun to make a dent in the granting of mortgages, which stopped abruptly in April: 33,423 mortgages were signed to buy a home, 4. 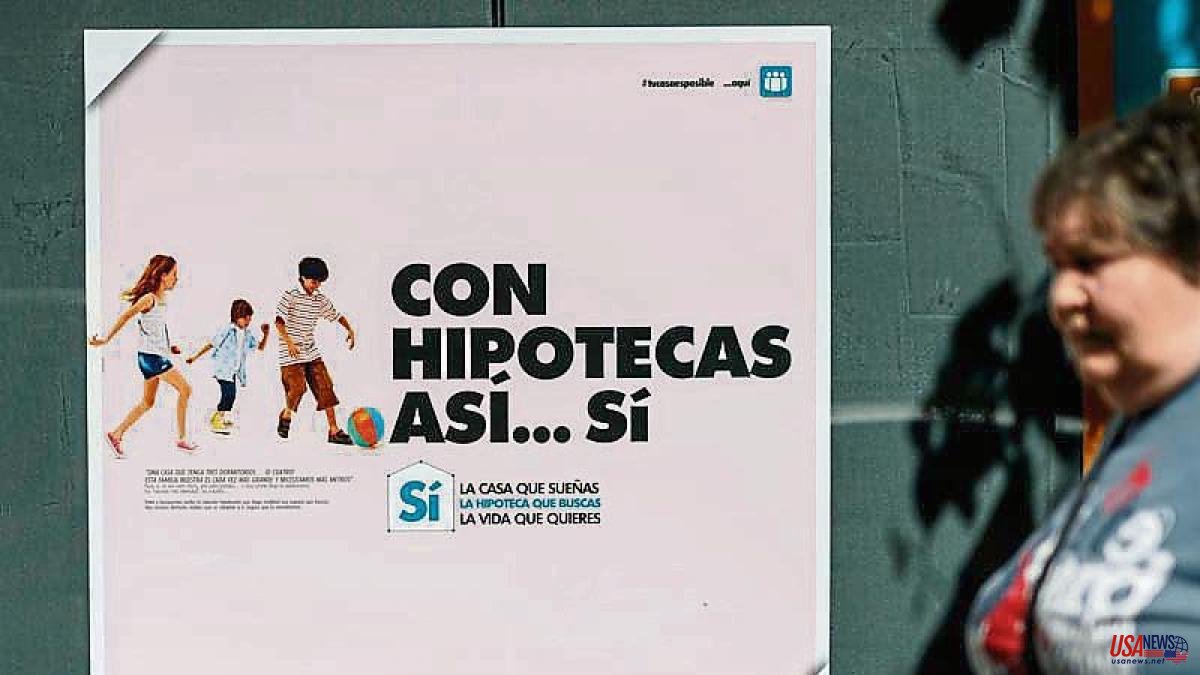 The rise in inflation and the expectation of a rise in rates have finally begun to make a dent in the granting of mortgages, which stopped abruptly in April: 33,423 mortgages were signed to buy a home, 4.5% more than a year before, in which is the lowest growth rate since February 2021, according to data from the National Institute of Statistics (INE).

Although the mortgage firm chains 14 consecutive months on the rise, the year-on-year growth rate has fallen by almost 14 points compared to the previous month (which was 18%). Financial entities lent 4,754 million euros for the purchase of housing, 6.8% more than a year before, but 24.8% less than in March. The average mortgage was 142,253 euros, 2.2% more than in April 2021 but 2.4% less than in March.

According to Juan Villén, head of mortgages at the Idealista portal, "the data for the month of April already show the announced slowdown in growth compared to the beginning of the year, which will most likely be maintained in the statistics published in the coming months." However, "these are still very positive figures," assured the director of Fotocasa Studies, María Matos, "since they exceed the levels of 2020 and we have never had such a positive April since 2010."

Óscar Gorgues, manager of the Barcelona Chamber of Urban Property, explained that 6,141 mortgages were signed in Catalonia in April, 13.5% more than a year ago. In the first four months of the year, he explained, 25,594 mortgages have been signed, equivalent to 76.9% of the homes sold. This difference is explained in part by investors, who buy in cash, without mortgaging the property. But another important part corresponds to mortgages that are signed to change the bank without resorting to a subrogation, a formula that some banks promote to avoid a counteroffer from the original bank that retains the client.

According to the INE, in April the conditions of 13,034 mortgages were changed in the registry (40.9% less), of which 10,803 were novations (agreed with the same financial entity), while the loans that changed entity ( subrogations to the creditor) were 1,735 (40.3% less). 25.4% of these changes were due to changes in interest rates.

In April, a record was set for mortgages signed at a fixed rate: 75.3%, which were signed at an average rate of 2.65% (compared to 2.16% for variable interest). In April, the Euribor was still negative (-0.02%), but Matos warned that in recent months there has already been "a change in strategy by financial institutions, making variable mortgages more attractive and making mortgages more expensive." fixed, which have been the great star product of 2021”.