Morocco brings out the colors to Belgium

Belgium reached the World Cup as one of the candidates for the title after its good performance in the previous tournament in Russia, where it was a semifinalist, but its time in Qatar did not live up to expectations, far from it. 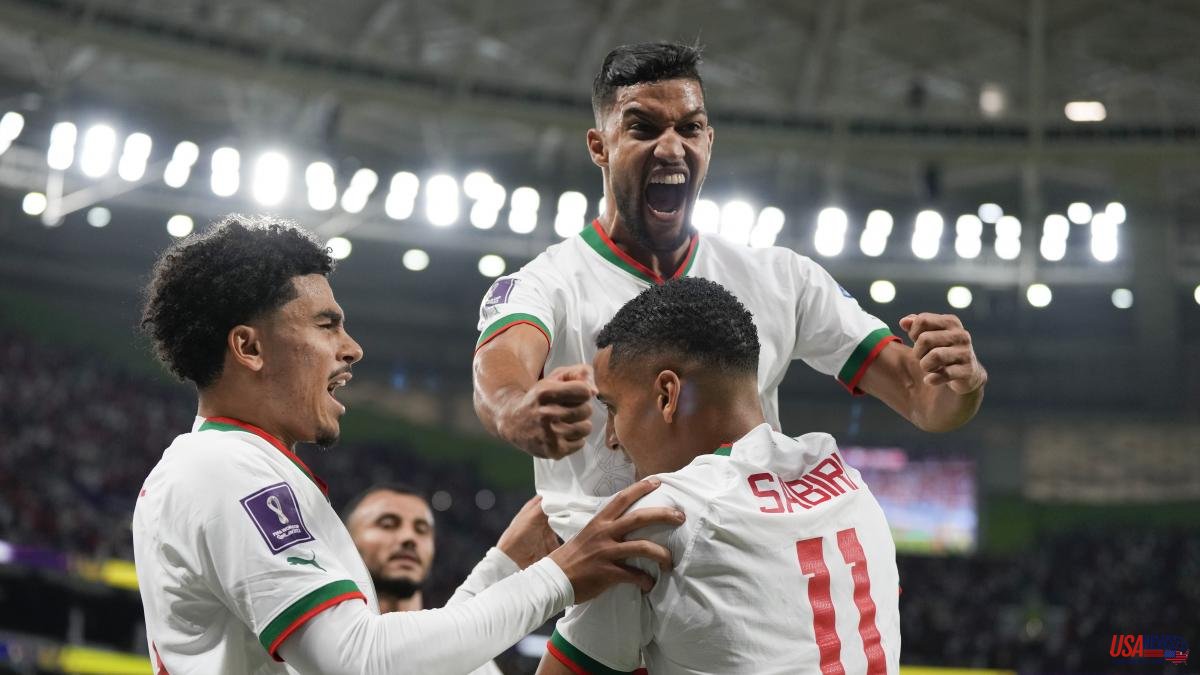 Belgium reached the World Cup as one of the candidates for the title after its good performance in the previous tournament in Russia, where it was a semifinalist, but its time in Qatar did not live up to expectations, far from it. Morocco beat the 'red devils' this afternoon thanks to a goal from Sabiri in minute 75 and another from Aboukhlal in added time. The 'Lions of the Atlas' were at all times more ambitious and with a better game.

The Belgian stars did not appear. De Bruyne was gray and did not connect with the forwards. Courtois swallowed the first goal and it was not as decisive as in Madrid. Not much is expected of Hazard and he seemed like the insubstantial player of his stay at the Bernabeu. Romelu Lukaku shouldn't be up for a lot of jogging because Robert Martínez only put him in the last ten minutes.

Belgium had narrowly won their first game against Canada. A victory qualified them and the worst thing was that throughout the game they seemed to play with the handbrake on, a team lacking spark and attitude, as if old and back from everything.

Morocco was the opposite. His last victory in a World Cup came from the World Cup in France in 1998. He had tied in his debut against Croatia and from the initial whistle he played as if his life depended on him. His midfielders controlled the pace of the game and if anything can be blamed on them, it's his lack of goals. In Nesiry he barely touched the ball.

The party was born with a surprise. Bono listened to his country's anthem along with his teammates but the one who started the game was Munir, a former Málaga goalkeeper. Bono had had to be replaced by a stomach ailment caused by the medication he takes for his hip ailments.

Morocco took the initiative from the start. Belgium started a little better than against Canada but Morocco's push gradually took them out of the game. In the first minute of added time in the first half, Morocco scored but the VAR annulled the goal. It was a center shot from Ziyech that slipped into Courtois's door, but after seeing the VAR monitor, the referee interpreted that Saiss was intervening in the play because it covered the Belgian goalkeeper's field of vision.

The second half started with the same players and Morocco's dominance intensified after a quarter of an hour. Then Martínez withdrew Hazard and Onana for Mertens and Tielemans. The party was already by then clearly Boufal, a former Celta, and Ziyech. Belgium suffered defensively, although Mertens tested Munir once. It was the clearest occasion for Belgium.

At 74 minutes the drama for the 'red devils' was consummated. Sabiri took a very heeled free kick and the ball slipped into Courtois's door, which he could do a lot more. He came on at 81 Lukaku and Belgium went ahead with everything. Verthongen was able to tie with a header in minute 83.

The referee gave five minutes of added time and in minute 93 a counter by Ziyech ended in a spectacular shot by Aboukhlal that sealed the match. Morocco cried with emotion, with its players kneeling on the grass. The pride of the Belgians must now come out against Croatia or they will be out of the World Cup. Courtois and Modric, face to face. It is the ones that have the World Cups.