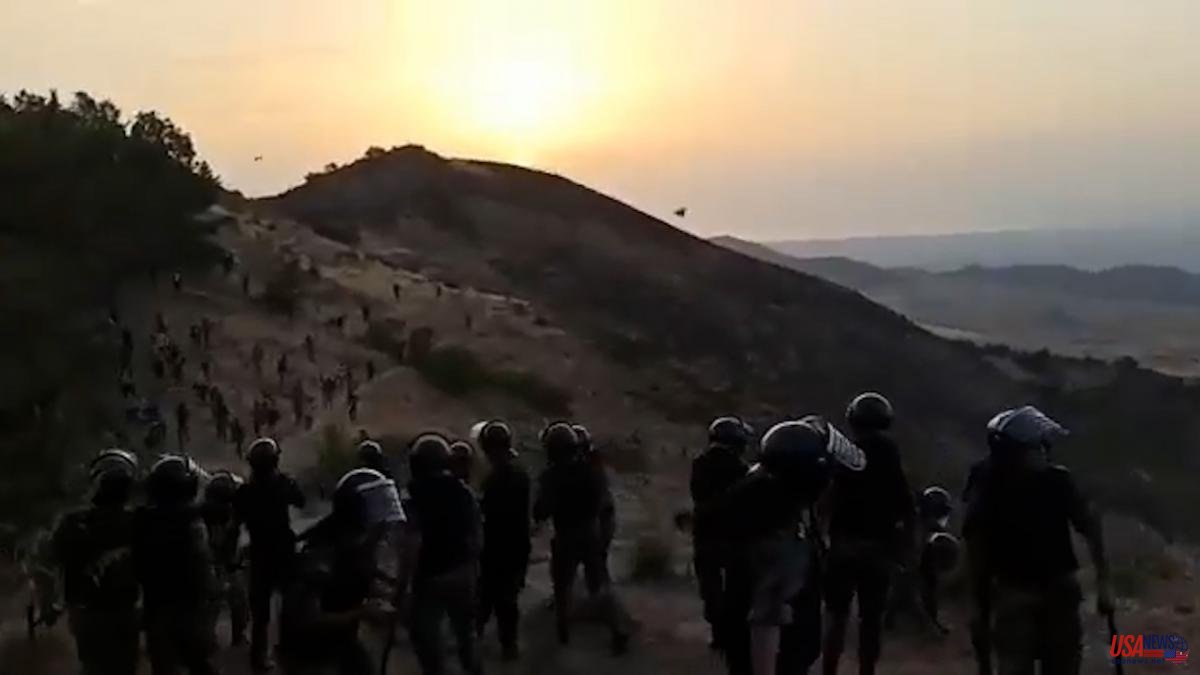 The Moroccan gendarmes faced this Sunday with stones against a large group of migrants who remained crouched on the outskirts of Mount Gurugú, on the outskirts of Nador and twenty kilometers from the border crossing with Melilla. In some images recorded with his mobile phone by one of the officials of the neighboring country, the security forces unit is seen climbing the side of a mountain until confronting a large group of men who receive them with stones. In fact, the author of the video himself is injured in the leg by the impact of a stone, and his unit responds to the aggression by also throwing stones.

The video confirms the new strategy adopted by the Moroccan authorities after last Friday's crisis, when they allowed several hundred migrants to approach the perimeter of the fence, at the Chinatown point, to later harass them with violence from behind, causing that about thirty were crushed to death in the mousetrap that the fence became. Against all odds, several residents of the area including members of the gendarmerie and the Moroccan auxiliary forces recorded the images of dozens of inert bodies and a figure that officially does not exceed twenty but that the local NGOs put at thirty. Some videos that, as of Friday afternoon, spread like wildfire to open the news spaces of half the world, while the President of the Government, Pedro Sánchez, congratulated the work of the Moroccan security forces, attributing to "the mafias" the only responsibility for the humanitarian tragedy.

After the big jump, Morocco carried out the same operation as in previous assaults, "cleaning" the Gurugú camps as well as other nearby sites and transferring the migrants in buses away from the border. However, some managed to escape the raids and in the last hours there were rumors in the autonomous city of Melilla of an imminent jump. Something unlikely after the images recorded on Sunday in which it is verified how this time the Moroccan authorities do not intend to allow any migrant to approach the fence, for the moment.