The president of the Junta de Andalucía, Juanma Moreno, will hold meetings this Thursday with all the parliamentary spokespersons in order to find agreements in the face of a panorama full of “uncertainties” such as the one facing Spain. 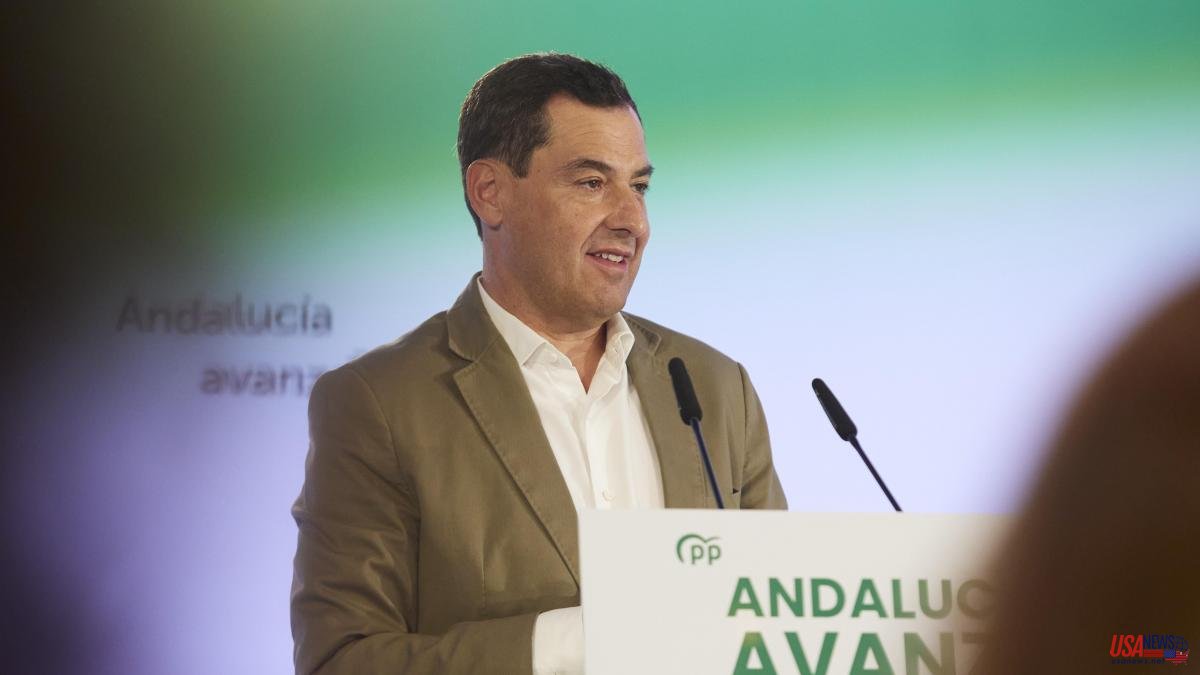 The president of the Junta de Andalucía, Juanma Moreno, will hold meetings this Thursday with all the parliamentary spokespersons in order to find agreements in the face of a panorama full of “uncertainties” such as the one facing Spain. With inflation soaring, energy prices on the rise and an increasingly expensive shopping basket, in addition to other consequences derived from the war in Ukraine, the Andalusian leader wants to rely on the rest of the party to find the best of the solutions. "Only by sharing can you get the proposals right, he has said."

Juan Espadas, general secretary of the PSOE-A, was the first to welcome the Malaga initiative with "joy". In fact, it will be the Socialists who will inaugurate this round of contacts on September 8. "Inflation and drought are two issues on which measures should have already been taken," commented Espadas, whose party already registered a Non-Law Proposal on September 5 to debate in plenary on some measures that relieve Andalusian families: regional reduction of personal income tax to mitigate the increase in interest on mortgages and extension of the discount for nursery schools supported with public funds to middle-income Andalusian families.

For its part, Vox has commented that it hopes that these meetings will not be "a pose" and that "agreements" can be reached, while Por Andalucía has stated that it will go "to hear what it has to ask us about some issues" while showing its concern for “the first bars of the legislature” and the “inactivity (of Moreno) regarding the very urgent problems” of the region. Adelante Andalucía has advanced that it will take the president a decalogue of agreement so that "he does not always guide his policy towards business."

Moreno has insisted that his way of understanding politics is through dialogue with the other parties: "Listen to people's problems and always talk until exhaustion to try to reach agreements." In addition, he has pointed out that this new political course begins charged with "uncertainty", since there is not a single citizen who is capable of foreseeing what may happen between now and Christmas in Spain.

The leader of San Telmo has indicated that the worst thing that can happen to the economy of Spain and Andalusia is "uncertainty", since when it is not known what can happen, investors and consumption "retreat" and that affects to the creation of employment and the well-being of citizens.

The massive reduction in taxes was a promise during the electoral campaign and, according to the president of the Andalusian Government, Juanma Moreno, it will become a reality and will be reflected in the Budgets that are being drawn up for the new political year. The accounts will arrive at the Parliament foreseeably in the month of October and could be approved "in a timely manner in December", as commented by the leader of San Telmo.

They include "a very powerful package of tax reductions closely linked to the working middle classes and small and medium-sized businesses" as well as "a package of aid for especially vulnerable families," Moreno reported.

The total figure is still unknown, "we are working on the envelope", said the leader of San Telmo, although the Minister of Economy, Finance and European Funds, Carolina España, has advanced that the total amount of these accounts will exceed those of the previous one.

One of these items will go to water works, an essential in the context of prolonged drought in the region, where most reservoirs barely reach a quarter of their capacity. Thus, the leader of the Executive has confirmed, "pipelines and desalination plants" will be addressed. In addition, he will continue betting on entrepreneurs, education and health.