Moreno forms a continuity government with 13 ministries, seven of them directed by women

Juanma Moreno has already revealed the names of the people who will be part of his team in this XII Legislature, which will be made up of 13 ministries, seven of them run by women and 6 by men. 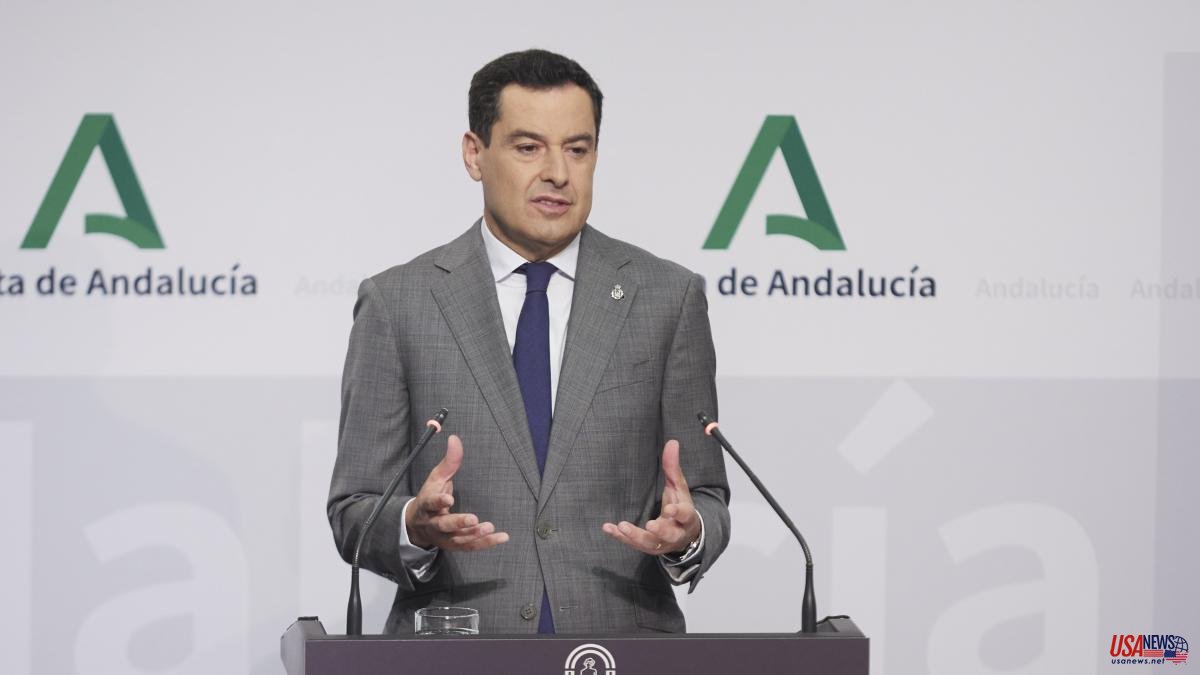 Juanma Moreno has already revealed the names of the people who will be part of his team in this XII Legislature, which will be made up of 13 ministries, seven of them run by women and 6 by men. The constitution of the Executive of the Junta de Andalucía, which begins tomorrow with the celebration of the first Governing Council, has been the best kept secret since last 19-J the popular one won the absolute majority (58 seats) .

The leader of the PP announced on Saturday, after taking office, that he still has "the last touches" to give, although he insisted that he would combine "experience" with the renewed air of new signings. And so it has been. Moreno has constituted a continuous government, with people of political weight and who have the full confidence of the president in order, he has said, to be able to face the "economic turmoil" that is to come due to high inflation and that " will have repercussions in the social sphere.

As for the number of ministries, the president of the regional administration has increased their number, going from 11 to 13, and has launched a "new distribution of powers" that will be "polishing" in the coming hours.

The community leader has chosen to surround himself with people he trusts the most to lead the region in the coming years. The Government team has incorporated Antonio Sanz as Minister of the Presidency, Interior and Social Dialogue; to Loles López, current general secretary of the PP-A, who was in all the pools to put herself in front of a department, in this case the Social Integration, Youth and Equal Opportunities department; Catalina García, as head of Health and Consumption, José Antonio Nieto, spokesperson for the group in Parliament, for the portfolio of Justice, Local Administration and Public Function; and Ramón Fernández Pacheco, who was mayor of Almería, in the Ministry of Sustainability, Environment and Blue Economy.

Carmen Crespo repeats in office, although her ministry is renamed Agriculture, Water and Rural Development; Marifrán Carazo, in charge of Promotion and Articulation of the Territory; and Rocío Blanco, who was a counselor in the previous legislature for Cs, and who will continue to direct the Ministry of Employment, Business and Self-Employment.

In terms of economy, the president has chosen to "merge" two departments creating the Ministry of Economy and Finance. “Economic policy will be a priority” for which Carolina España, who has been deputy mayor of Malaga, will take on her powers. "She is a woman capable of promoting reformist decisions so that Andalusia is increasingly competitive and we cushion inflation."

Regarding education, Moreno wanted to establish a difference between training levels. The first department, Educational Development and Vocational Training, will be assumed by Patricia del Pozo, who was previously Minister of Culture; and that of University and Innovation, which will be headed by the president of the Confederation of Rectors of Spanish Universities, José Carlos Gómez Villamando.

In addition to the case of Rocío Blanco and José Carlos Villamando, Moreno has chosen to resort to other profiles outside the political world but with "an important career in management" to complete his team despite "the serious difficulties" he has had, according to commented, for this, motivated by the "incompatibility" offered by the regional administration.

This is the case of Arturo Bernal, with experience in the private sector and who was in charge of the Extenda Agency, to assume responsibility for Tourism, Sports and Culture, a ministry that has also merged themes; and the Minister of Policy for Industry and Energy, Jorge Paradela Gutiérrez, from the Heinekken company and also business director of Sevilla Fútbol Club.

Juanma Moreno has stated that he is "satisfied" with the Government that he has formed, where "experience" is combined, one of the "characteristics" of the team and that will be a "guarantee" to face this next four years successfully as well as "new incorporations , which have nothing to do with the organic life” of the parties” and that “will bring freshness”.

Likewise, he has indicated that in the next few hours the powers of each department will be refined, as well as appointing the person in charge of the Government spokesperson.

Moreno's "strong" men were not on the list of candidates for repeated charges. Elías Bendodo, who was a counselor to the Presidency, and Juan Bravo, the person in charge of the Treasury, have joined forces in the party's national leadership, led by Alberto Núñez Feijóo. For his part, Moreno's third great supporter, Jesús Aguirre, became President of the Parliamentary Bureau as a reward for the management carried out during covid-19 for which he would not renew as Health Council.

With the publication of the directors, the plenary session is held where the members of the Permanent Deputation and the senators will be elected and, with this, the Government team is fully constituted in terms shortened by the express wish of the president.

It will be tomorrow when the first Governing Council is held and, as Moreno already commented, “we are going to be working throughout the month of August, we are going to try to make Andalusia work and move forward and we are going to see how we can cushion the possible blows that come to us of inflation and the situation that is happening throughout Europe”.