It happens roughly every ten years, 12 in this case courtesy of the pandemic. 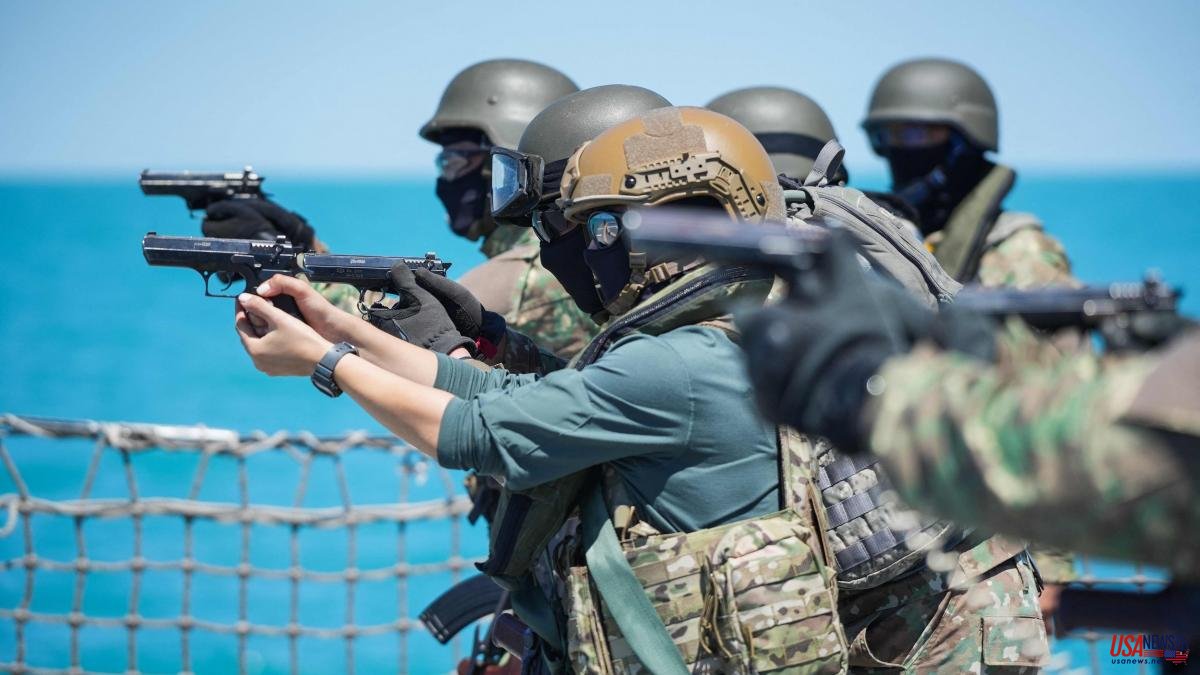 It happens roughly every ten years, 12 in this case courtesy of the pandemic. NATO leaders, currently thirty countries, meet to assess the security situation in the transatlantic area, define the strategy for the years to come and capture it in a document that should serve as a compass for the organization.

It is the exercise that, starting tomorrow at a three-day summit, which will take place in Madrid, the leaders of the Atlantic Alliance will embark on. The appointment, with a transformative vocation, is called to materialize the paradigm shift that occurred in the early hours of February 24 with the Russian invasion of Ukraine and the start of a brutal war on European soil. The Alliance's new strategic concept, as the document is officially called, will translate into more troops, more weapons and, ultimately, more NATO.

Historically, current affairs has a bad habit of leaving allies' reflections out of date. The challenge is to fine-tune as much as possible so that the document in which they are reflected does not expire as quickly as happened with the one drafted in 1999 as a result of the terrorist attacks of September 11, 2001, which led NATO to act for the first time outside Europe, in Afghanistan. Also, that in a few years it does not cause the blush that now causes reading the agreement in 2010 in Lisbon, where Russia was defined as a "strategic partner".

In addition to looking to the future, the document that comes out of the Madrid summit will reflect on the causes of the security crisis that the European continent is currently experiencing, which they attribute in part to errors in judging Moscow's intentions a decade ago. “Each strategic concept is the son of its time. The one from 2010 sinned as a goodist. It is clear that we put on a blindfold: by then Abkhazia had already happened (Russian troops invaded Georgia in 2008), the massive cyberattack on Estonia had already taken place and four years later Russia annexed Crimea”, allied sources reflect. , who point out that everything that happens now derives from that “hairs to the sea” with Russia in 2010.

The new version of NATO's strategic concept will reflect the new context and what are perceived as emerging threats or challenges to security. Russia will go from being defined as a partner to "the most significant and direct threat" to the security of the Alliance, its secretary general, Jens Stoltenberg, has advanced. The draft of the document comes out "practically closed" from the negotiations held in recent months by the ambassadors of the 30 allied countries in Brussels, although there are still "some fringes", diplomatic sources point out.

The immediate response to the new situation of war at the gates of NATO will translate in a few months into the largest military deployment on the continent since the end of the cold war, a revolution in the model of forces by which the military organization for for the first time it will assign to specific countries the protection of certain partners (Germany, for example, will be consolidated as responsible for Lithuania). The number of troops responsible for the defensive posture on the eastern flank will increase significantly.

Following the start of the total war in Ukraine, the four battalions that were created after the invasion of Crimea in 2014 to protect Poland and the Baltic countries were converted in a matter of weeks into eight, and the device now covers the entire border. to the Black Sea. There are currently some 40,000 troops under Allied command (Spain has troops deployed in the Latvian multinational battalion).

The proposal that the allied leaders will debate in Madrid is to transform those battalions, made up of around 900 troops each, into brigades, a type of formation that can have up to 3,000 troops each. Some countries ask to get to the division level. The deployment will be complemented by the prepositioning of more weapons and ammunition.

There is, however, an important detail that causes consternation in the Baltic countries: the allied troops are pre-assigned and prepared to mobilize, but part of them, not all, will be deployed; and part of them will stay in their country of origin. The plan is that they will have to be prepared to mobilize within 72 hours, explain allied sources, who acknowledge that the plan raises operational doubts among military strategists.

What Estonia, Latvia and Lithuania are asking for as part of NATO's deterrence strategy towards Russia is something much more ambitious, a permanent deployment of troops on the entire eastern flank, instead of the current system of permanent rotation, with a division of control in each country.

The internal tensions came to light a few days ago with the statements to the Financial Times by the Estonian Prime Minister, Kaja Kallas. Comparing the size of Ukraine to that of the Baltic states, she concluded that NATO's current defense plans would allow Russia to take them "in 180 days" and "completely wipe them out." Tallinn "would be wiped off the map, just like our people and our nation," she said. The comments caused discomfort in the Alliance, which responded that it never talks about the details of its operations, but the Baltic countries arrive in Madrid determined to fight for an even more deterrent and "more visible" operation, in the words of the president of Lithuania, Gitanas Nausėda. Belarus is nothing more than "a province" of Moscow and Russia can station troops within a short distance of his country, he told Politico. “There would be no time to react” in the event of an attack.

Beyond the immediate decisions to strengthen NATO's defensive posture to the east, a complementary plan to the development of the new strategic concept, the objective of the Madrid summit is for the leaders to look to the future together and guide their actions in the same direction . For Spain, France and Italy in particular, a fundamental change that will be included in the new document is the Alliance's commitment to have “a 360-degree vision”. The threats "can come from any direction," say allied sources, who emphasize the current factors of instability on the southern flank: terrorism in the Sahel, the situation in Mali, the operations of the Russian Wagner group of mercenaries in Africa, the emergence of failed states...

From Washington, apart from the hardening of the attitude towards Russia, emphasis is placed above all on another change, the reference for the first time to Beijing as a challenge to NATO. "China has joined Russia in openly contesting the right of all countries to exist and to choose their own path," Stoltenberg said recently in Madrid. Chinese Foreign Ministry spokesman Wang Wenbin has accused NATO of trying to "start a new cold war" and warned against drawing "ideological lines that could lead to confrontations."

The new strategic concept, finally, will also evoke the emergence of disruptive technologies and their impact on transatlantic security and defense, from artificial intelligence to 5G networks, data, supersonic weapons systems, autonomous technologies... an issue that has long concerned the Atlantic Alliance, although as allied sources point out, the methods of the war in Ukraine are more similar to the battle of Stalingrad in 1942 than to the wars that were imagined for 2022.