More than half of Italians are against sending weapons to Ukraine

The latest diplomatic idea of ​​the Italian far-right Matteo Salvini has been to organize a trip to Moscow to talk one-on-one with the Russian leaders on the Ukrainian issue. 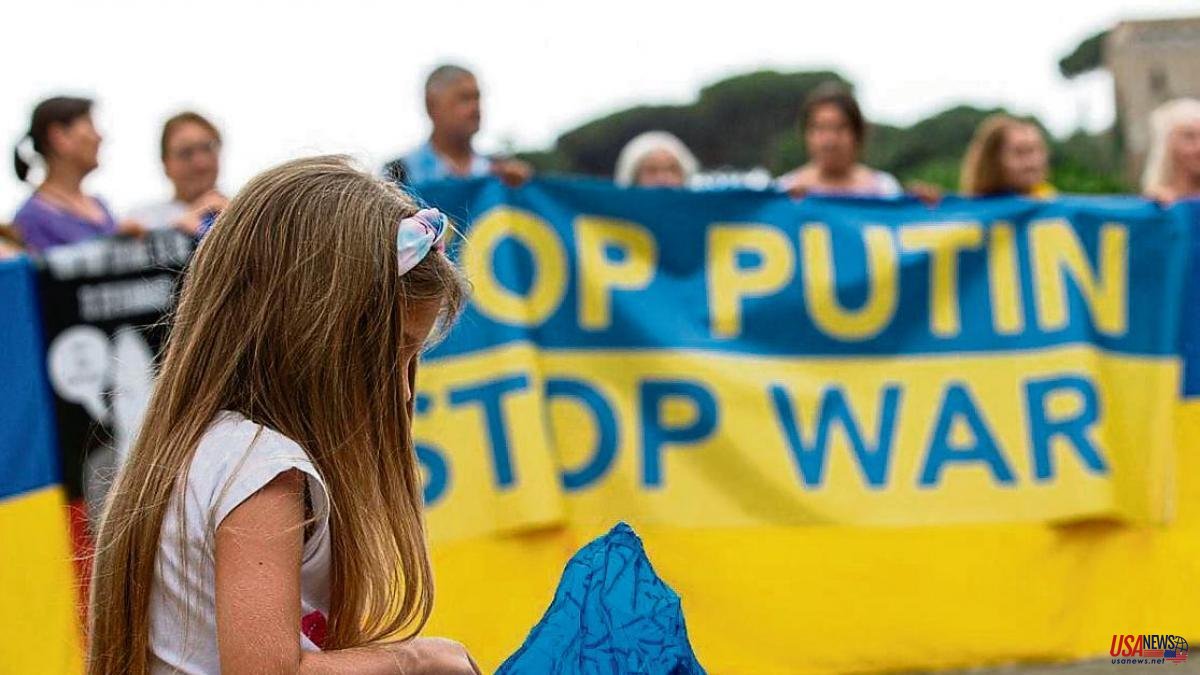 The latest diplomatic idea of ​​the Italian far-right Matteo Salvini has been to organize a trip to Moscow to talk one-on-one with the Russian leaders on the Ukrainian issue. He intended, poorly advised by a foreign relations adviser, to present his own peace plan, despite not holding any government position. Failure was assured: not only did he not inform the prime minister, Mario Draghi, but the heavyweights of the party were not aware of him either, further opening the fracture with the old representatives of the League in the north. He had no choice but to cancel the flight, which was initially paid for by the Russian embassy in rubles. The party then returned the amount.

But Salvini does not dance alone in Italy. As the war in Ukraine deepens, a growing number of people are fed up with paying the consequences of the conflict with the price of gasoline and electricity bills. The discontent has revived an anti-American impulse that has never been extinguished in the country that during the Cold War was considered the Trojan horse of the USSR in Europe. They are the so-called pacifists, or equidistant, who believe that this invasion is far from them, encouraged by the neutral positions of several famous journalists who have given voice to pro-Russian pundits.

“The Italian population has always been generally pacifist in orientation when there is a possibility of real military intervention. The relationship with NATO has always been quite ambiguous,” says political scientist Lorenzo Castellani. “That is why we see an internal positioning game in the establishment, in the ruling class, in journalists, and then in ordinary people who see Ukraine as something that can create problems economically and in terms of immigration. They believe that Italy is not a great power and should mind its own business”, he explains.

According to a poll from early June by Corriere della Sera, 44% of those questioned are not in favor of either side in this war. On March 17, they were 38%. Data from the Ipsos polling agency shows more than half of Italians are against sending more weapons to Ukraine. And another poll by the Piazza Pulita program says that 60.8% of the population does not like the behavior of NATO.

Nicola Piepoli, an authoritative voice among those who analyze public opinion in Italy, estimates that there are seven million disappointed voters who are looking for a pacifist party in Italy. It is a loot that the populist parties, in low hours, do not want to miss. Both Matteo Salvini's League and the 5 Star Movement (M5E) led by ex-premier Giuseppe Conte, want to ride this pacifist vote and are challenging Prime Minister Mario Draghi by refusing to send more weapons to Kyiv, breaking the unity in the Executive. "Someone told Conte that he would grow two points in the polls if he opened this battle," says a leader of the Democratic Party, very concerned about this situation.

The M5E has already lost the president of the Senate Foreign Commission, Vito Petrocelli, who was expelled from the party after posting a pro-Russian message on Twitter to celebrate April 25, the day of the Nazi liberation of Italy. Salvini, for his part, is seeking to distance himself from the advance in the polls of his most direct competitor, Giorgia Meloni, leader of the far-right Brothers of Italy party who could become prime minister next year. This Sunday local elections were held in about a thousand municipalities in the country, some municipal ones that can certify the new leadership of the Italian right.