More than 70 writers trapped by Cyclone Hermine in Las Palmas

More than 70 writers, translators and editors were trapped yesterday in Las Palmas de Gran Canaria, as a result of tropical storm Hermine, which caused the suspension of the flights that had to take them back to their homes, after participating in the Conference Literary Formentor, within the framework of which the Formentor prize was awarded to the Russian Liudmila Ulítskaya (one of the luckiest, as she managed to be relocated yesterday on a Ryanair flight direct to Berlin, where she lives). 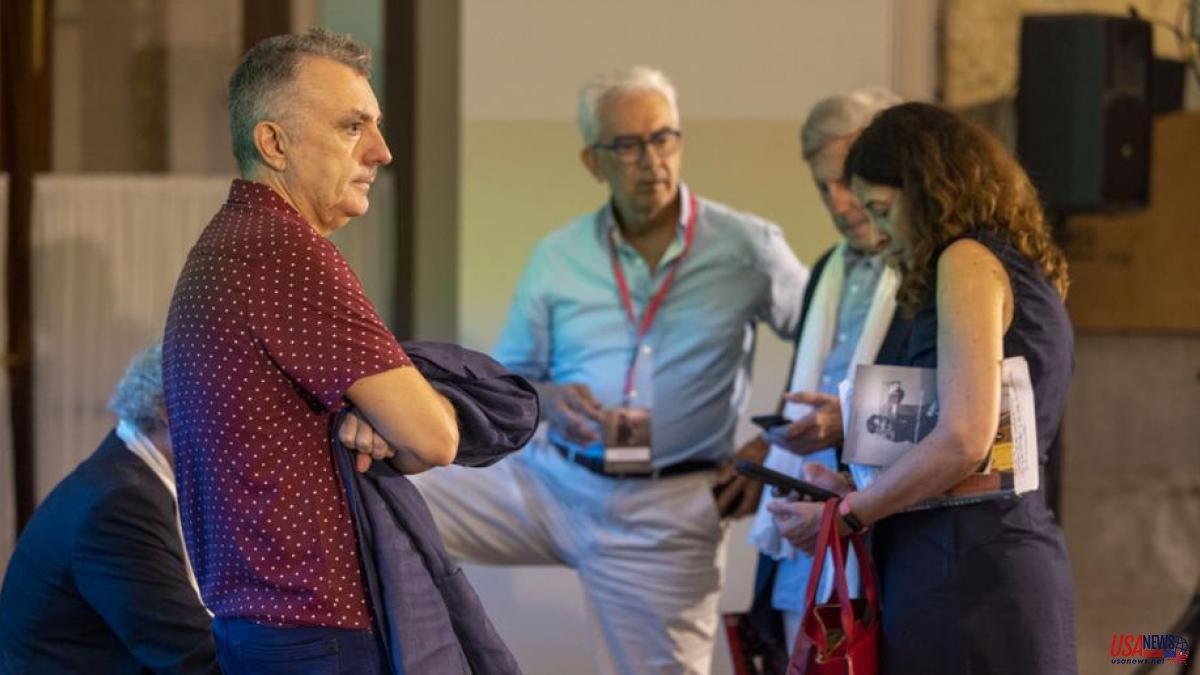 More than 70 writers, translators and editors were trapped yesterday in Las Palmas de Gran Canaria, as a result of tropical storm Hermine, which caused the suspension of the flights that had to take them back to their homes, after participating in the Conference Literary Formentor, within the framework of which the Formentor prize was awarded to the Russian Liudmila Ulítskaya (one of the luckiest, as she managed to be relocated yesterday on a Ryanair flight direct to Berlin, where she lives).

The Hotel Santa Catalina, in Las Palmas de Gran Canaria, thus became the equivalent of that Villa Diodati in Geneva, in which in 1816, due to bad weather, Lord Byron, John Polidori, Mary Shelley and Percy cloistered themselves. B.Shelley, giving birth to the first version of some works that have stood the test of time, such as Frankenstein or The Vampire.

French publisher Antoine Gallimard was one of those cloistered - his flight to Paris doesn't leave until Wednesday - in a beautiful enclosure that some saw "as a Noah's ark in the midst of the deluge, with representatives of all different literary species".

Merino had to return to Iowa (USA), at whose university he teaches, and yesterday he already started working by videoconference from Las Palmas. "At least there is no need to mourn personal tragedies -he explained, with resignation-, like the famous flight full of writers that crashed in 1983 in Barajas", in which, among others, Marta Traba, Ángel Rama, Manuel Scorza and Jorge died. Ibargüengoitia. “In the US I have been thrown many times –continues Merino– by tornadoes or tremors, even by freezing of the planes. This will have something to do with climate change. It is a very intense, poetic and literary phenomenon. In any other place you take a bus, but on an island... People become better friends, you share things, you have time to talk... I suggest, as the title of the next meeting, that of Shipwrecked, Wandering and Lost”.

Some comment that the situation reminds them of the movie The Exterminating Angel by Luis Buñuel, in which the guests at a party cannot leave it. Others talk about Groundhog Day...

Jorge Carrión was one of the most productive. “I have isolated myself and I have finished the definitive script for the graphic novel El museo, which I am doing together with Sagar and which will be published in March by Norma and the MNAC. If the delay continues, I will even have time to fully translate it into Catalan”.

Lucía Lijtmaer also locked herself up to write, “to regain control of something, in such an uncontrollable environment. This makes me think of Agatha Christie's films, in Hercule Poirot, we are a bunch of writers locked up in an elegant hotel, between palm trees and with a typhoon on top, who will be left?

Some of the participants tried unusual combinations. For example, Laura Fernández flew to Zaragoza to try not to miss her flight from Barcelona to Buenos Aires, in whose book fair she had to participate to present Mrs. Potter is not exactly Santa Claus. The Aragonese connection was also attempted by Miguel Albero, cultural attaché of the Spanish embassy in Washington, to return to the US Various authors tried it through other islands, such as Fuerteventura or Lanzarote, where they had different luck.

Basilio Baltasar, director of the Formentor Foundation, after confirming that "it has turned out to be true that rain can paralyze a fleet of jet planes", distinguishes two groups at dawn: "Those who, because of their urgent commitments they pray to the god of the storm” and, on the other hand, “those who resign themselves to the charm of chance”. On the other hand, he points out, “this is the best ending to this celebration of satirical and picaresque literature that we have ever had: trapped in a luxury hotel”.