More than 2,000 people strip naked on an Australian beach against skin cancer

Nearly 2,500 people posed nude this Saturday on Australia's Bondi beach in Sydney, as part of an initiative by American artist Spencer Tunick, who photographed them to raise awareness about skin cancer prevention. 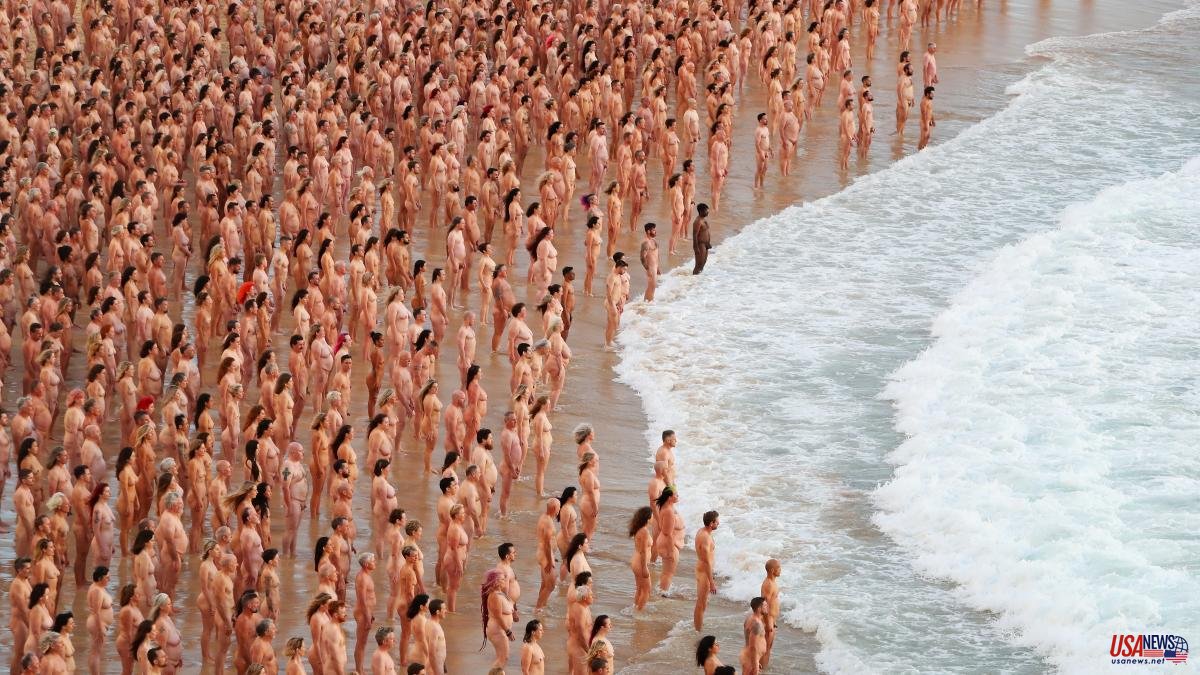 Nearly 2,500 people posed nude this Saturday on Australia's Bondi beach in Sydney, as part of an initiative by American artist Spencer Tunick, who photographed them to raise awareness about skin cancer prevention.

As the artist published on Facebook, 2,500 volunteers participated in the event to "honor" all those who have died from skin cancer or have fought this disease, which he described as Australia's "national cancer" due to its high incidence.

"We met with nothing but our skin, watching as the first rays of light crept over the Bondi Beach skyline, standing tall with respectful force," Tunick said.

The event titled "Strip for Skin Cancer" was held in collaboration with the NGO Skin Check Champions, which provides free skin cancer screenings to vulnerable populations in Australia.

The 2,500 volunteers who stripped for Tunick's cameras represent the more than 2,000 Australians who die of skin cancer each year.

Tunick had already photographed crowds of naked people in Australia: in front of the Sydney Opera House (2010) and twice in Melbourne (2001 and 2018), in addition to performing other similar events on venues such as Barcelona and Mexico.

The installation is carried out in the framework of the commemoration in Australia of the Week of Action against Skin Cancer, which ends this Sunday.