After two intense weeks of the festival, Cannes says goodbye to its 75th edition with the feeling of having piloted the prestigious event to the highest flights, in the style of Tom Cruise in Top Gun: Maverick, the long-awaited sequel to the legendary film by Tony Scott which was screened last week with the Hollywood superstar hogging the flashes and unexpectedly receiving a Palme d'Or of Honor at the gala screening. 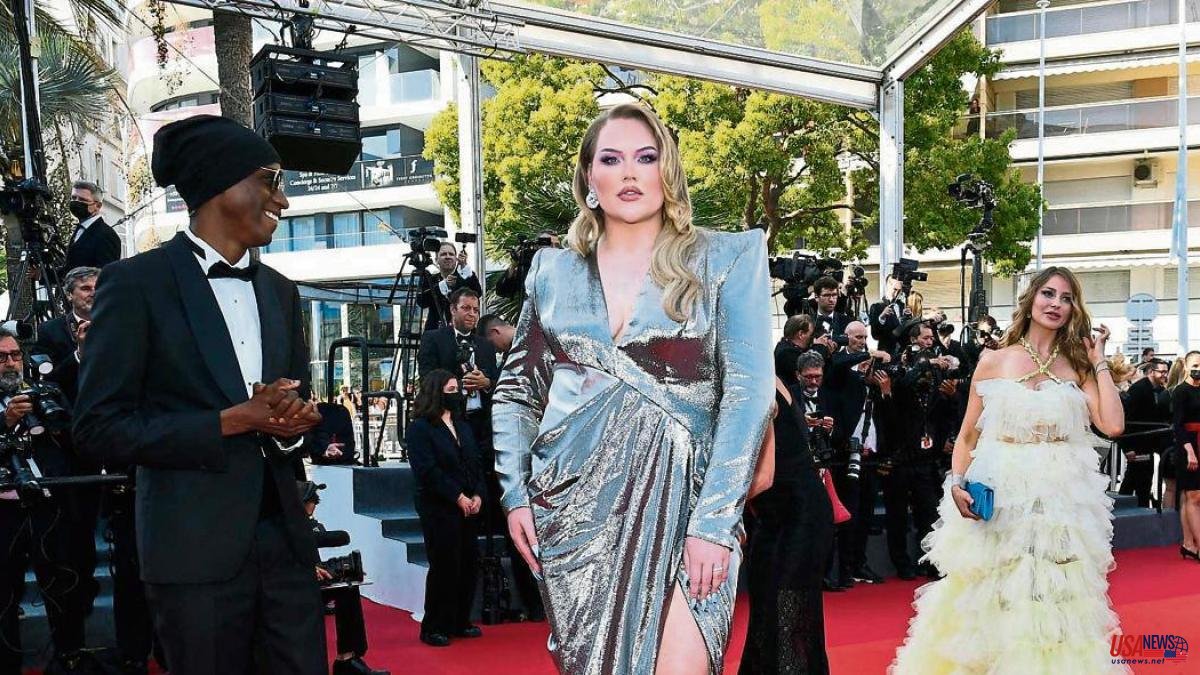 After two intense weeks of the festival, Cannes says goodbye to its 75th edition with the feeling of having piloted the prestigious event to the highest flights, in the style of Tom Cruise in Top Gun: Maverick, the long-awaited sequel to the legendary film by Tony Scott which was screened last week with the Hollywood superstar hogging the flashes and unexpectedly receiving a Palme d'Or of Honor at the gala screening. But the celebration of such a remarkable act did not leave such a pleasant taste in the mouth for the numerous press gathered: queues in full sun, chaos in the reservation of tickets...

This year marked the real return to normalcy without masks in the room –despite its recommendation– or antigen tests every 48 hours as required in the strange edition held in July 2021. The auteur cinema of veterans such as Cronenberg or the Dardenne brothers and there was a Spanish presence (announced almost at the last minute) with Rodrigo Sorogoyen, Albert Serra, Elena López Riera, Anna Fernández de Paco and Estíbaliz Urresola, distributed in the different sections of the festival. Rossy de Palma attended as president of the jury of the Camera of Gold and Javier Bardem got into the public in his pocket in a rendez-vous to talk about his work.

And, true to tradition, there was an explosion of glamor on the red carpet. Almost every day a guest star appeared by surprise: Sharon Stone, Julianne Moore, Julia Roberts, Andie McDowell and Helen Mirren improvising a fun dance together... Half Hollywood gathered at the world cinema showcase on a special anniversary that was bombed by a constant fauna of invited influencers thanks to the fact that the short video social network TikTok acted as official sponsor. “Before, Cannes was a cultural meeting that made sense, in which films and actors were promoted. Today is the circus of influencers”, a student complained on Twitter. And she is not wrong.

La Croisette was a continuous coming and going of selfies and women clad in dresses and impossible heels monopolizing an unprecedented prominence. A true reflection that times are changing and not exactly for the better. The concept of an elitist festival promoted by Thierry Frémaux, the one-man band that manages the entire show, the one that takes pride in screening the best new films in the world for the first time, collides with resistance to a more than necessary reinvention of the format.

Netflix continues to face the wall if it does not guarantee the exhibition in theaters and the female quota in the official competition section continues to be ridiculous. Not to mention the lack of racial diversity or the practically null presence of new voices in the queen category, dominated by old acquaintances of the festival whose works were not up to previous occasions. Even Albert Serra acknowledged that they had left him “a little cold”. And in the case of new films by women filmmakers like Claire Denis and Kelly Reichardt, the disappointment was absolute.

Cannes cannot and must not remain anchored in the past. She also cannot succumb to that wave of mobile slaves who embrace eccentricity as a flag. The motto must always be at the service of a cinema that impacts, innovates, is brave and moves in that bond that unites the author's work with the spectacle of a successful blockbuster. “The future is open for cinema”, advanced Frémaux at the beginning of the festival.

As part of that broad look at such a complex moment for theaters after the scourge of the pandemic, the forum for reflection on the future of the seventh art led by Guillermo de Toro advocated claiming the freedom of creation as part of that process. "It is not the death of cinema, it is a transformation, a change, a resurrection, but not the end," said the Mexican filmmaker, who will premiere his version of Pinocchio on Netflix at the end of this year, a project that has cost him 15 years get ahead.

"Each generation believes that after it comes the flood, but the world continues despite your mourning." In the temple of the defense of theaters, Del Toro argued that “every time we close the door to something we lose, the next great movie can come from a platform, aren't we going to see it? Denying ourselves that possibility in places that are temples of art is a bit crazy”.

At the moment, another artistic temple such as Venice is not losing ground and aims to outshine Cannes if it receives Netflix productions directed by Alejandro González Iñárritu, Noah Baumbach or Del Toro himself with open arms. With this panorama, it will be time to see what the new president of the French festival, the German Iris Knobloch, proposes from July, at the helm of Warner Bros France for 15 years and with the desire to "write a new chapter in the face of the new challenges that await us" . Which are not few.