More expensive Algerian gas, in exchange for what?

The Atlanticist slope, the strong support for the foreign policy of the US president, Joe Biden, by which the Government of Pedro Sánchez decided to slide at the start of the crisis that has led to Russia's aggression against Ukraine, it is far from being the path of roses promised at the beginning. 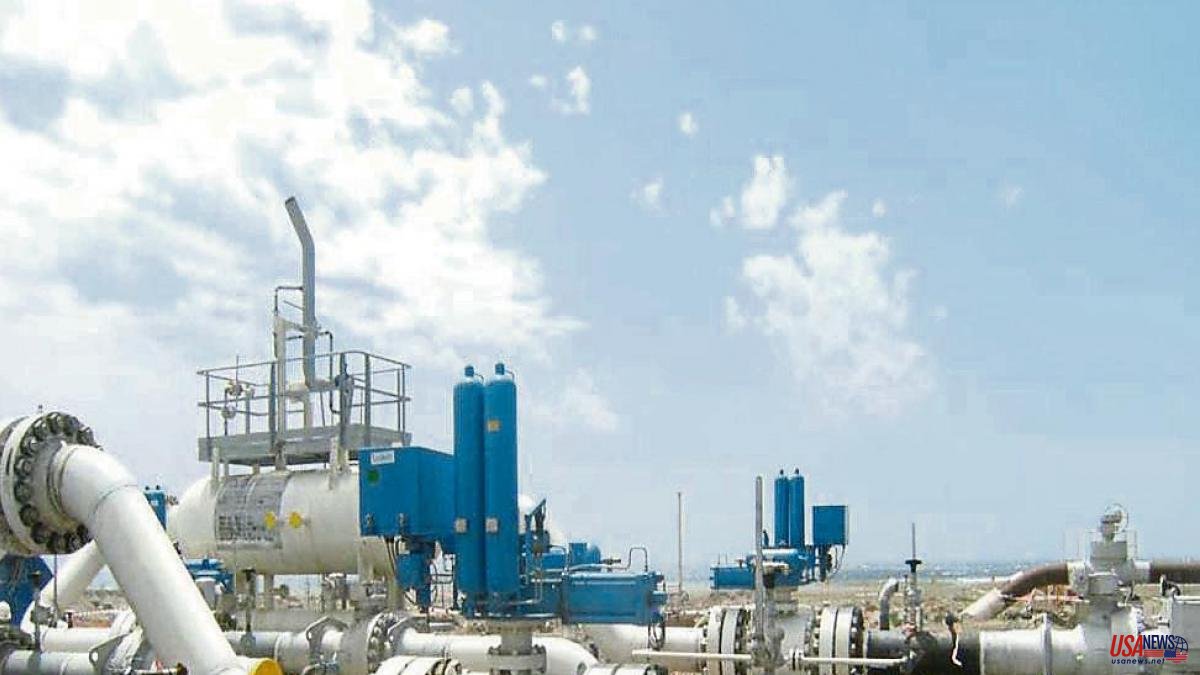 The Atlanticist slope, the strong support for the foreign policy of the US president, Joe Biden, by which the Government of Pedro Sánchez decided to slide at the start of the crisis that has led to Russia's aggression against Ukraine, it is far from being the path of roses promised at the beginning. It began with the announcement of the dispatch of troops and military material to central Europe, continued with support for Morocco in exchange for a supposed insurance to protect the territorial integrity of the South, and has ended up opening a gap in relations with the other neighbor of the Maghreb, Algeria.

In less than three months, the Government and the Spanish Foreign Minister, José Manuel Albares, have gone from assuring that Algeria "is a solid, strategic, priority and reliable partner for Spain, also as a gas supplier" and hosting in a Spanish hospital , for humanitarian policy and clandestinely, to the leader of the Polisario Front, to ask Brussels for protection against the "unilateral" decision of the North African country. Spanish foreign policy in the area has been turned upside down. The recent European support has served to confirm that Algeria will maintain its gas supply, something that, on the other hand, the North African neighbor has never questioned. What is then the reason for the joy of Albares after the reaction of Brussels against the Algerian trade threat? Algeria has limited itself to confirming the obvious, the contract that has been in force for a quarter of a century will be respected until it expires.

Spain has begun boasting of being a preferred and reliable partner for gas supply, unlike the allies in central Europe, especially Germany, so dependent on Russia, having to use European leverage to obtain guarantees that things will continue as they were until now. Certainly, Algeria will think twice before unilaterally canceling the gas supply contract with Spain, not only because of the income it represents for the country. The vital 5,000 million euros per year, without which the viability of the Algerian State would be in question. Also because a unilateral breach of the contract that binds both parties until 2032 would have irreparable consequences for Algeria's credibility in the international market and politics. The path of non-compliance with the commitments would even complicate the improvement of relations with Italy, a country that has increased its imports, through its own gas pipeline, from Algeria. If there is no formal termination of the contract between the Algerian Sonatrach and the Spanish Naturgy, it is easier for Italy to continue competing to increase its imports.

And this is because it is possible to think that even if the contract is still in force, when the relations between supplier and client become flawed, it becomes very difficult to continue as if nothing had happened and maintain the supply in fully normal conditions. It will be the great unknown for the immediate future for Spanish energy policy. In any case, the Spanish foreign turn will result in a more expensive gas for the Spanish consumer, a surcharge that adds to the escalation that it has already suffered in world markets. It is therefore acceptable that the Government explains why.

Almost certainly, the Russian foreign minister, Serguei Lavrov, who recently visited Algiers, will have offered compensation to this country if it chooses to complicate Europe's southern front, especially in the field of energy supply. Russia still has money to spend, in fact it is almost the only thing it has left to do foreign policy, trapped as it is in the aggression against Ukraine. For Algeria, the unlimited control of Western Sahara by the monarch Mohammed VI of Morocco is an existential threat that he does not see much less dangerous than an invasion, which could push him to relax economic demands if it is to ensure his own future survival. .

In what situation is Spain on the board of the current crisis? At the moment, she has eroded her starting positions without having obtained anything in hand. An imitation of the path of José María Aznar with George W. Bush's infamous war in Iraq at the beginning of the century? The combined pressure from Morocco and the US has put the Spanish government on the defensive and it will hardly have any additional room to play an active and effective role in the rest of European affairs. Meanwhile, the strong partners of the European Union, Olaf Scholz's Germany and Emmanuel Macron's France, maintain a calculated strategy of formal compliance with Washington's dictate while taking advantage of any loophole to explain to Vladimir Putin that they remain in favor of an agreement .

In fact, some of these differences between the Western partners led by Washington are not the result of conjunctural conflicts, of the moment, but of structural differences that have been dragging on for many decades. Already in the eighties of the last century, the Americans charged against the French and, above all, the Germans for seeking alternative oil supplies beyond the Iron Curtain. In Bonn, first, and Berlin, now, they never felt comfortable with the Russian neighbor, always tempted to react with brutality and showing his threatening paws. But at the same time they have repeatedly sought a coexistence that ensures stable borders and prosperous businesses. Now, they keep trying, convinced that it will always be the modus vivendi with that part of Europe. Former German Chancellor Angela Merkel has made this explicit in recent days, by refusing to describe the strengthening of ties, especially energy ties, that her administration forged with Moscow during her long term as a mistake. What alternative did she have left for her, she has come to say, but to seek an economic agreement, the rapprochement of relations with the Russian giant, possessor of the world's second largest nuclear arsenal?