More difficult for Barça than in the Tenerife Leagues

Barcelona came to win three Leagues in a row on the last day and in none of the three depended on itself. 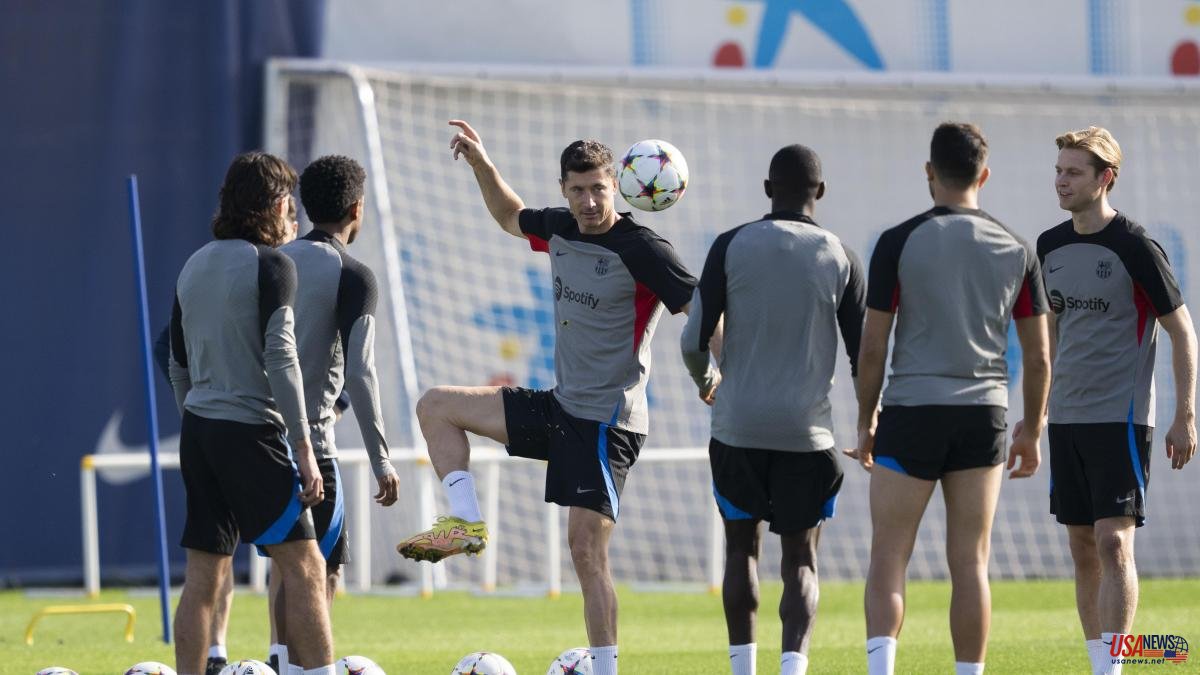 Barcelona came to win three Leagues in a row on the last day and in none of the three depended on itself. With Cruyff on the bench, the dream team took advantage of the punctures of the leaders: Madrid in the first two (91-92 and 92-93), both at the Heliodoro Rodríguez López against Tenerife, and in the last (93-94 ) Deportivo, who could not break the goalless draw against Valencia despite playing at Riazor, to lift the titles in extremis. Thirty years after the first sorpasso in Tenerife, Barça needs an even more difficult carom to stay alive for another week in the Champions League. A victory for Inter against the Czech Viktoria in Milan will condemn them no matter what happens at the Camp Nou.

Xavi Hernández did not want to catalog the combination of miracle results but he is aware that it hangs by a thread. “We have a small hope. We are in a very uncomfortable situation. There are many numbers that we do not pass. We really see it complicated because you do not depend on yourself, ”he confessed.

As in the early nineties, the Blaugrana play at home. Then they beat Athletic, Real Sociedad and Sevilla, respectively, with relative ease, while they waited for the chain of events in their favor. But this time they face Bayern, their ogre in Europe.

The Bavarians have specialized in embittering Barça, who have crashed against them in the last five games they have played, including the 2-8 in Lisbon in 2020 or the 3-0 last year that sent Xavi's team to the Europe League. The Egarense coach still hasn't forgotten that in September the 2-0 win at the Allianz Arena was an emotional blow because the visitors had the best chances. “That was a football disgrace. You watch the game on repeat and you don't understand why we didn't even score”, insisted Xavi yesterday, who can't shake the feeling that the competition has been “cruel” with his team. But he is also self-critical. “We didn't do our homework in Munich or Milan. We have had it in our hands and now we are no longer dependent on us,” he noted.

Barcelona, ​​​​who will be able to count on Gavi despite the scare he got after an entry by Dani García on Sunday, will have some casualties in Nagelsmann's team in their favor. The starting goalkeeper and captain Neuer, Lucas Hernández and Sané are missing. Under sticks, then, will be Ulreich, who has conceded 18 goals in the 15 Champions League games of his career. Yes, Thomas Müller did travel, who has scored a goal per game in the eight games he has played against Barça. "Lewy, we're coming," the veteran Müller and the young Stanisic warned their former teammate Robert Lewandowski, who this summer changed Munich for Barcelona.

"It's a football revenge game. Also for Robert, who couldn't score in Munich against his former team. We are motivated”, harangued Xavi.

Barça can jump onto the field knowing that it is out, but the coach has set himself the challenge of finally beating a big rival this season after shrinking in Munich, the Meazza and the Bernabeu. "We have to show that we have the level and we can be up to the level of this type of team", he said so as not to lose the renewed momentum after beating Villarreal and Athletic. Just in case, in case there is a carom, Xavi has not yet started looking at possible rivals in the Europa League.