Más País and Podemos have criticized that the Spanish Government congratulates the Moroccan police after the jump over the Melilla fence this Friday by some 2,000 sub-Saharans, in which at least 18 migrants died on the Moroccan side and 49 Guard agents Civilians were injured. 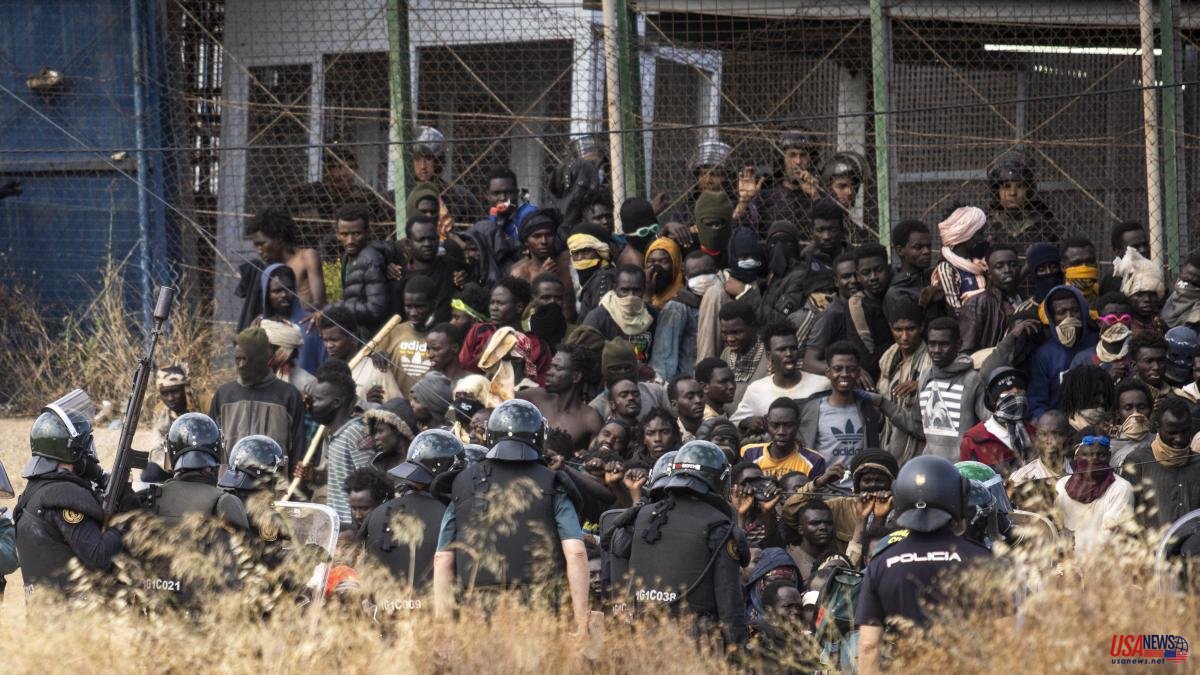 Más País and Podemos have criticized that the Spanish Government congratulates the Moroccan police after the jump over the Melilla fence this Friday by some 2,000 sub-Saharans, in which at least 18 migrants died on the Moroccan side and 49 Guard agents Civilians were injured.

The leader of Más País, Iñigo Errejón, has described the position of the Spanish Government as "horrible". In his Twitter message, Errejón wondered if "this is what was bought with the abandonment of the Saharawi people." In addition, he has lamented that the images that arrive from the Moroccan border are "horrible".

At the press conference after the extraordinary Council of Ministers, the President of the Government, Pedro Sánchez, defended the actions of the Moroccan gendarmerie in jumping over the fence and pointed out that they were "responsible" for what happened on the border with the community autonomously "to the mafias that traffic in human beings".

Podemos has demanded an "immediate and independent" investigation by the European Union to clarify what happened after the massive attempt to cross the Melilla border fence to purge responsibilities, given the "extremely harsh images of violence and serious violations of rights rights by the immigration authorities".

In fact, the Podemos International area has highlighted that the timing of this incident "is not by chance" and that it occurs days before the NATO Summit in Madrid, where the southern border and increasing military spending will be discussed. . "The use of human rights and people cannot be allowed either as bargaining chips or as a measure of pressure and coercion," the purple formation has launched.

For Podemos, yesterday it was possible to visualize "one of the most serious humanitarian disasters in history" on the southern border, with at least 18 immigrants killed and dozens of people injured trying to reach Melilla.

From the purple formation, it affirms that this balance is the consequence of the migratory agreements with governments that "systematically violate human rights", in reference to Morocco.

For his part, the Minister of Justice and the Interior of the Community of Madrid, Enrique López, has asked the National Government to carry out "an exercise in transparency" and "tell what happened" at the Melilla fence after at least 18 Migrants died this Friday after the massive attempt to cross the Melilla fence.

For López, "the government must exercise transparency and telling what happened is essential" to "make it credible." In addition, he has asked the Ministry of the Interior "to provide the Civil Guard and the National Police with sufficient means to be able to contain this type of activity."

"Faced with very compromised situations such as being, it is necessary to consider having military units that support the police and the Civil Guard when actions of this nature take place", he expressed after the presentation of the book 'Mi Once de Oro', about the sport and the reintegration of minors and young offenders.

López has also prescribed "transparency, proportionality and efficiency" for a government that "sometimes gives the impression that it departs from the principle of legality, of responsibility and leaves the State Security Forces and Corps in a compromised situation." He has also made it ugly that "the secret agreements between Sánchez and Morocco" are unknown.

Vox, which has four deputies in the Ceuta Assembly, today regretted that Morocco had "deliberately consented" to thousands of sub-Saharan immigrants advancing towards Melilla and criticized this new "invasion".

The president of Vox in Ceuta, Juan Sergio Redondo, has affirmed that his formation already warned, after the announcement of a new stage of relations between Spain and Morocco, that Mohamed VI was not going to stop being hostile and that there would be no benefit some for autonomous cities.

Juan Sergio Redondo recalls that this type of massive action is "part of that hybrid war designed by Morocco to suffocate and collapse our borders and the cities of Ceuta and Melilla, which it is not willing to give up."

"As we have already warned, the lies of Pedro Sánchez, assumed and shared by the socialist and popular government led by the president of Ceuta, Juan Jesús Vivas, have not been able to hide for a long time the truth that some of us warned and for which we were insulted and defamed", emphasizes the president of Vox in Ceuta.