He was very handsome, but he never acted as a leading man. 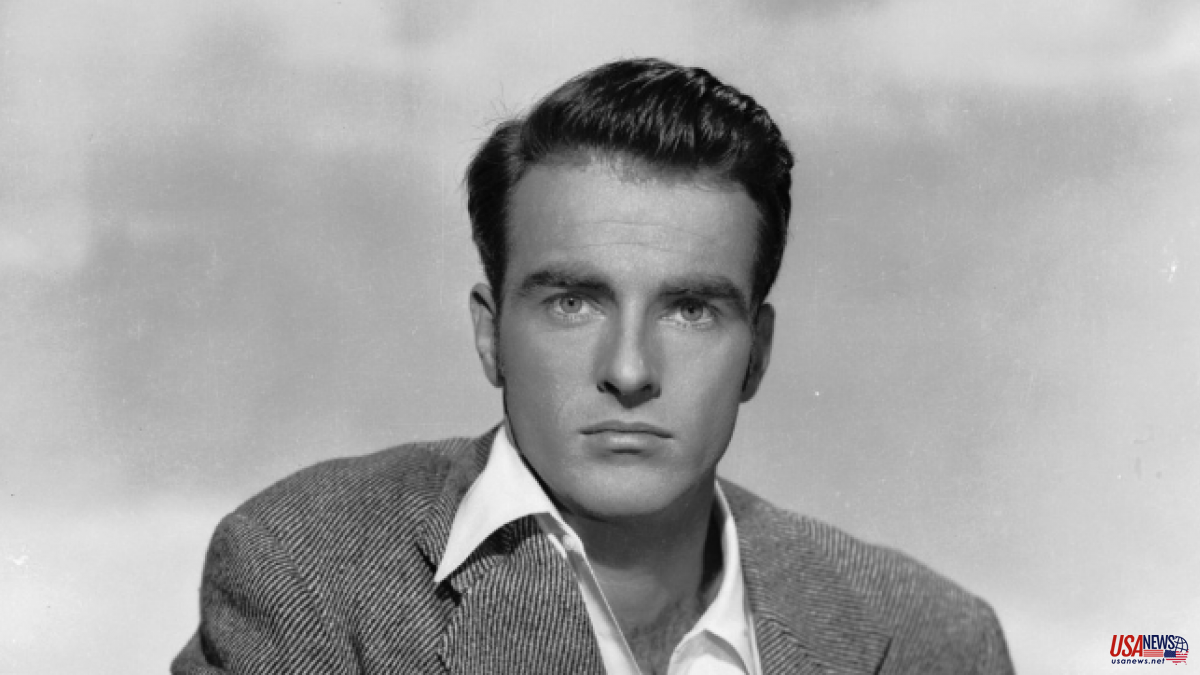 He was very handsome, but he never acted as a leading man. Montgomery Clift forged his career based on good roles. he played a priest, a murderer, a fortune hunter, a Freud, a victim of bullying, a survivor of Nazism... his interpretations were not destined to make the young women of the 50s fall in love, but to move, to impress, to make think Tormented by loneliness and by a homosexuality that he had to hide, Clift gave it his all on the big screen, but could not find his place in real life.

He began acting in the theater of the provinces to later become known on Broadway and end up landing in Hollywood in a big way. He arrived in the Mecca of cinema in 1948 at the hands of Howard Hawks to join the cast of one of the most celebrated westerns, Red River, where he played the adopted son of a John Wayne determined to move thousands of head of cattle from Texas to Missouri .

The role of Red River opened the doors to stardom for Clift and that same year he shot The Lost Angels (Fred Zinnemann, 1948) where he played a soldier who tries to help a child survivor of Auschwitz find his family. The film was shot in a still-ruined Germany and earned Clift the first of his four Oscar nominations.

With only two films, Clift's career had already been consolidated and William Wyler called him for his new project, the adaptation of the famous Henry James novel Washington Square. The result was The Heiress (1949) where she plays a young man with no resources who falls in love with a candid and unattractive Olivia de Havilland knowing that she will inherit a fortune. The girl's father does not like her boyfriend and excludes her from her will. The pair talk about eloping, but Clift dumps his crush. Years later he returns with regret, but his sweet ex-girlfriend is no longer the same. "He has become more ambitious, before he only wanted my money, now he also wants my love," says de Havilland before closing the door in the penitent suitor's face.

The fortune hunter of The Heiress had something in common with the protagonist of A Place in the Sun (George Stevens, 1951) where Clift became an ambitious young man eager to prosper socially and economically. The boy falls in love with two women, Shelley Winters and Elizabeth Taylor. The first is as poor as he is. The second is a millionaire. When Winters tells him that she is pregnant and demands marriage, Clift decides to kill her.

A Place in the Sun earned the actor his second Oscar nomination. The film also gave him another gift, Taylor's unbreakable and lasting friendship, which became the cloth of tears for a Clift who was already living tormented by his sexuality and his loneliness. In real life Elizabeth was something like Montgomery's confessor. In the movies, the actor became a priest suspected of murder, but innocent and tortured because he knows who the real culprit is, although he cannot reveal it so as not to break the secret of confession. I confess (Alfred Hitchcock, 1953) did nothing but increase the prestige of the actor.

And so Clift got another great role, that of Private Prewitt in From Here to Eternity (Fred Zinnemann, 1953). The film is set in Hawaii in 1941 shortly before the Japanese attack. Prewitt used to be a boxer, but he refuses to fight after having a bad experience, which makes him disliked by the officers who subject him to relentless harassment. The film earned Clitf his third Oscar nomination.

He was at the height of his career, but unhappiness consumed him. Clift left Hollywood and returned to the theater. On Broadway he performed texts by Chekhov and other great playwrights, but he also descended into the underworld of the speakeasy. Three years later, Elizabeth Taylor went to rescue him and enrolled him in The Tree of Life (Edward Dmytryk, 1957) where they both composed a love triangle with Eva Marie Saint at the time of the Civil War.

The film wanted to repeat the success of Gone with the Wind (Victor Fleming, 1939) and had a good box office, although it had a serialized tone and was far below the actor's previous works. During filming, Clift suffered an accident that marked the beginning of his slow agony. One night, leaving Taylor's house, he drove drunk and crashed his car. Half of his face was paralyzed and he was forced to undergo various cosmetic operations. He never fully recovered and the constant pain led him to increase his use of alcohol and opiates.

Although he was never the same, Clift still had a lot to say in golden Hollywood. Joseph L. Mankiewicz gave him the lead in Suddenly Last Summer (1959) where he shared the bill with Katharine Hepburn and again with Taylor. Considered a masterpiece and based on a work by Tennessee Williams, the film begins with a dead Sebastian (Clift) and is immersed in repeated flashbacks to shed light on the reasons for his death. The producer, Sam Spiegel, wanted to fire the actor because he was drunk on set, but Hepburn and Taylor came to his defense and Clift once again proved what a great actor he was.

He led the cast of Río Salvaje (Elia Kazan, 1960) and participated in Winners or Vanquished? (Stanley Kramer, 1961), an ensemble film about the Nuremberg trials where Clift played a Holocaust victim. It was a small role, but the actor's seven minutes on screen are memorable. Mongomery put into his tormented character all the pain that he himself carried inside.

John Huston was in charge of giving him two of his last works. The one about the cowboy who competes with Clark Gable for the love of Marilyn Monroe in Rebel Lives (1961) and the one about Sigmund Freud in Freud, Secret Passion (1962), a biopic of the architect of psychoanalysis. They were two good interpretations that put the culmination of a great career. But the actor's life was fading in the mists of alcohol and drugs and Hollywood producers closed all doors on him. Montgomery Clift passed away on July 26, 1966. The doctor ruled the cause of death to be a heart attack. Loneliness and pain ended the life of one of the great Hollywood legends. He was 45 years old.