Just on the same day that the Minister of Finance, María Jesús Montero, announced the submission to the autonomous communities in the autumn of a new proposal for a financing model, the Generalitat lamented that for yet another year Catalonia remains below the average in terms of resources received by virtue of the aforementioned distribution system. 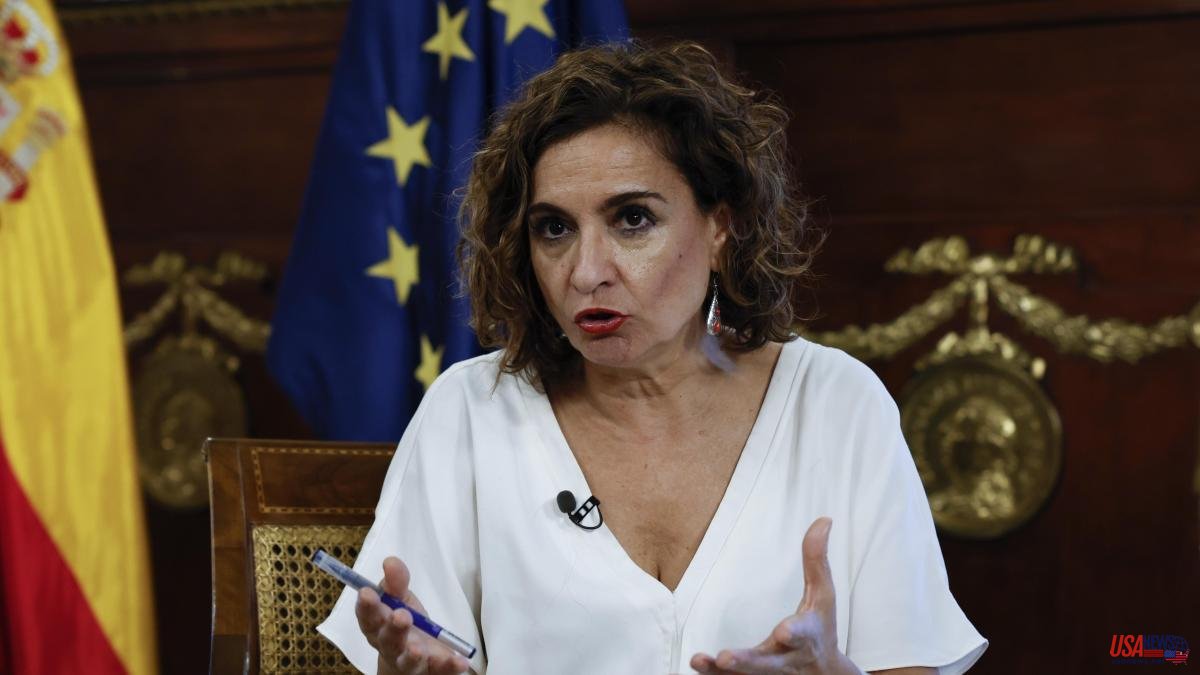 Just on the same day that the Minister of Finance, María Jesús Montero, announced the submission to the autonomous communities in the autumn of a new proposal for a financing model, the Generalitat lamented that for yet another year Catalonia remains below the average in terms of resources received by virtue of the aforementioned distribution system.

In an interview with Efe, Montero indicated that he will send a new financing proposal linked to the adjusted population to the autonomous communities after the summer. Sources from the Ministry of Finance said that as a first step they want to recover the work to propose a reform in the first part of the financing model (that of the population) without ruling out the possibility of presenting a new model. Also yesterday, the Generalitat published the results of the current financing model for the year 2020 (latest available) that show that Catalonia is the second community that contributes the most while when it comes to receiving it is in tenth position. If purchasing power is taken into account, the community falls to 14th place. Translated into percentages, this means that with respect to the average of the 15 common system communities, Catalonia pays 17% more, but receives 1.5% less. Madrid leads the ranking as can be seen in the graph.

In a message on the social network Twitter, the president of the Generalitat, Pere Aragonès, said yesterday that “for another year, Catalonia receives below-average resources. Chronic underfunding as a result of an unfair and arbitrary funding model”.

On the reform of the system, Treasury sources lament the PP's blockade towards changing a model that has been out of date for several years. The minister also criticized that the autonomous governments continue to be "protected in the model of maximums that each one defends". Montero assured that after receiving in January the allegations of the autonomous communities to the adjusted population proposal, the Treasury "has not stood idly by", since transfers to the communities and payments on account have continued every year.

The distribution of funds to the autonomous communities is carried out on a highly complex mechanism that is not very transparent and is based on the population, but calculated in a certain way. It is not the population as it is shown in the register, but another one adjusted according to a series of parameters such as health, education, social services, depopulation, dispersion or insularity. In the current model and the one proposed, Catalonia is disadvantaged since its real population is higher than the "adjusted" population, which is the one used to distribute resources. That is why from the first moment it has rejected the Treasury proposal. The report sent by the Generalitat to the ministry stated that "from Catalonia it is considered that the simplest and easiest variable to apply is the population, which in any case could be corrected by the price differential between the different autonomous communities."

Montero lamented yesterday that at the last meeting of the Fiscal and Financial Policy Council (CPFF) the positions between the communities continued to clash when it came to finding a formula to finance the autonomies according to the adjusted population. "The response has been uneven depending on whether the PP governs in Galicia, Madrid or Andalusia," he said. The minister stressed that since Pedro Sánchez governs, the Treasury has transferred more than an additional 40% of resources to the communities from those transferred during the government of Mariano Rajoy.

According to data from the Generalitat, the year 2020 was the eleventh consecutive year in which Catalonia was below the average of communities in resources per inhabitant received through the financing model. Catalonia was only above the aforementioned average in 2009, the first year of application of the current model.

The Minister of Economy, Jaume Giró, reflected yesterday in a statement that the data from the 2020 settlement “reveals that the redistribution mechanisms used by the Spanish financing system encourage an arbitrary distribution of resources between communities”.

In the same statement, Giró stressed the need to prepare budgets that “allow a fair and representative distribution of these resources, taking into account the current economic context.