The Minister for Equality, Irene Montero, has accused the Popular Party of being an "accomplice" in the campaign of "political violence" against her figure, who reached the top yesterday with the words of a Vox deputy who stated that her only merit It had been "knowing Pablo Iglesias in depth. 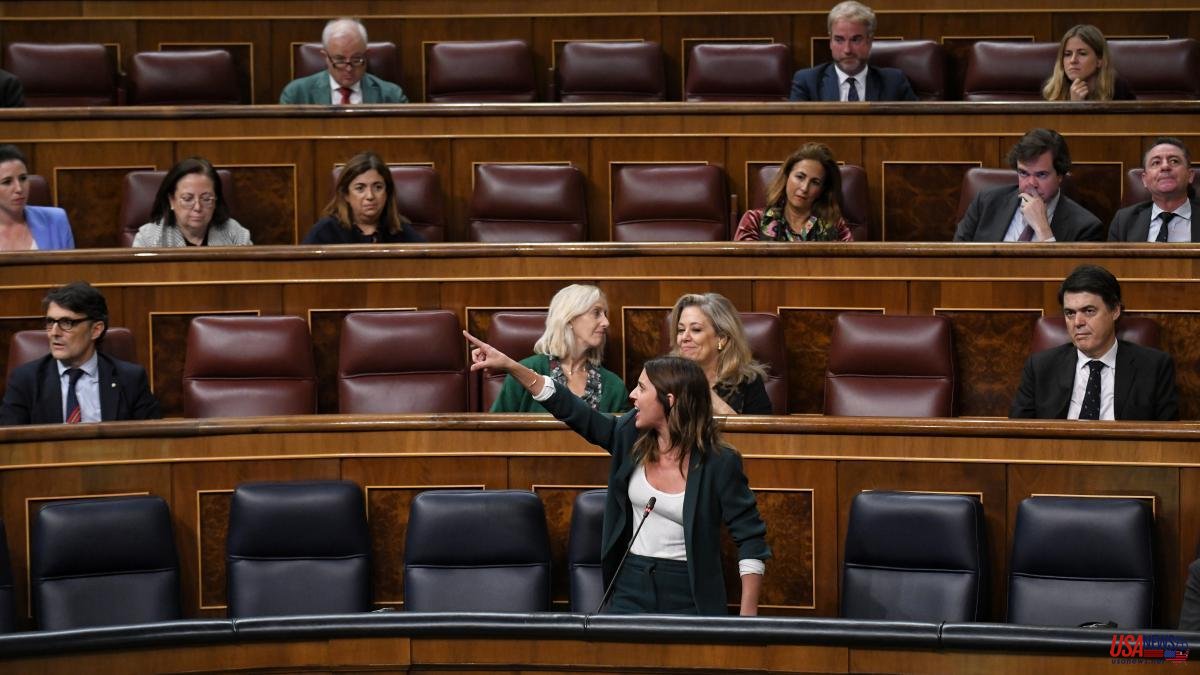 The Minister for Equality, Irene Montero, has accused the Popular Party of being an "accomplice" in the campaign of "political violence" against her figure, who reached the top yesterday with the words of a Vox deputy who stated that her only merit It had been "knowing Pablo Iglesias in depth." In statements to RAC1, Montero has asked the PP to reflect on having participated, as he has said, in creating this climate where the extreme right "feels unpunished" and has also criticized that from some progressive sectors "the limit has been touched".

For the minister, the Popular Party has been reproducing the argument of the extreme right "in a systematic way" for days. "The intervention of the PP spokeswoman did not exceed the limits of Vox but it was very close," lamented the head of Equality despite the fact that the general secretary of the popular, Cuca Gamarra, published a tweet last night in which she stated that "nobody He has no right to offend her or enter into her personal life.” The minister wants this message to serve "for them to reflect" on a speech that, in her opinion, Pablo Casado already maintained and that Isabel Díaz Ayuso has now also endorsed.

Irene Montero has also pointed out that in recent days she has been receiving criticism with similar arguments from progressive sectors. "We have seen opinion forums that do not say the same as the right but border on the same logic." According to the minister, these statements have also contributed to the current situation.

The minister has also criticized the PP for launching messages with "hoaxes and lies" that end up generating "social alarm". "They never warned that there could be a reduction in sentences if the maximum sentences were not lowered," she said. For Montero, the law is an "excuse" to be able to exercise "political violence" and question the ability of the feminist movement to make laws.

"It is not true that there is an avalanche of lowering sentences," Montero stressed, stating that "there are many more cases in which sentences are not being reviewed." The leader of United We Can has highlighted the opinion of several jurists who believe that few sentences will be reviewed. However, he has asked to wait for the Supreme Court to rule, at the same time that he has celebrated the position of the Prosecutor's Office, which "supports" the jurisprudence and gives the answer to "why did nobody alert during the parliamentary process" that this could spend.

In the tense session in the Congress of Deputies yesterday, where he received insults from Vox, Montero ended up being widely applauded by parliamentary groups, except those on the right. The leader of Unidas Podemos has asked to translate this support into a "commitment against political violence" and that it also serve to "legitimize the feminist struggle." “It was a demonstration that we are more and that we want to take care of democracy”, she affirmed.

Montero has reiterated that he will not resign because he defends that the approved law is "solvent" and that it offers a "protection framework" for victims of sexual violence. He added that assuming responsibilities "does not mean agreeing with those who are generating social alarm." .