Money runs away from risk again

For years, a large part of the risks that investors assumed when buying certain assets – from stocks to public or private bonds, passing through bitcoins, raw materials or real estate – were ignored. 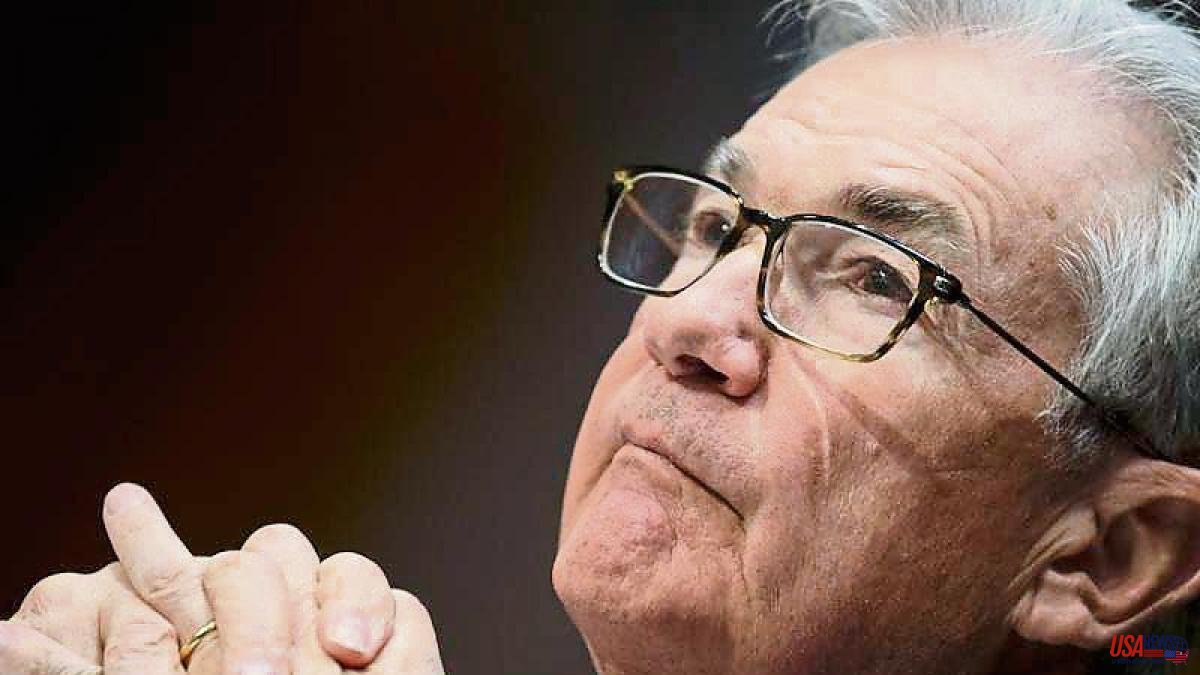 For years, a large part of the risks that investors assumed when buying certain assets – from stocks to public or private bonds, passing through bitcoins, raw materials or real estate – were ignored. The almost limitless liquidity fed by central banks in the era of negative interest rates led to an “irrational exuberance” of ever-rising prices, as former Federal Reserve Chairman Alan Greenspan put it 25 years ago, quoting the Nobel Robert Shiller. What others call bubbles.

Last Friday, it was made public that inflation in the United States closed May at 8.6% and the entire market understood that the party is finally about to end. The Federal Reserve has already embarked on the path to normalize its monetary policy, but now, with such high inflation entrenched, it will have no choice but to accelerate. The open market committee, which brings together the governors of the country's central banks, meets tomorrow and Wednesday and a forceful speech by Jerome Powell, president of the Fed, is expected, accompanied by a new blow to interest rates.

Ben Bernake, chairman of the Fed between 2006 and 2013, also knows a lot about bubbles... and where they end up when they don't deflate –if possible– in time. Yesterday, Sunday, the veteran economist said on CNN that "a recession is possible." Although he was quick to qualify: "Economists are very bad at predicting recessions, but I think the Fed has a reasonable chance of what Powell calls a soft landing."

The fear of a recession is there. And the pressure on the Fed to act is multiplying because it is understood that inaction or half measures are worse than the consequences of a sharp rise in rates. Also yesterday, Larry Summers, former Secretary of the Treasury, urged the Fed to realize the seriousness of the moment so that their pulse does not shake, come what may. “When inflation is as high and unemployment is as low as it is now, a recession almost always follows in two years,” he warned.

The market anticipates precisely this. That the sharp rise in interest rates in the United States, and also – although much more moderately, in the eurozone – is going to severely affect growth and may end up causing a recession on both sides of the Atlantic. On Wall Street, the Nasdaq has lost 30% in the last six months, mainly for this reason, a bump that has been lower, but also important, in the Dow Jones or the S

But where investors' aversion to risk has been most noticeable is in bonds. Above all, in the short-term, which are the ones that most clearly reflect the fear of those who manage their own money or someone else's to rate hikes and recessions. The two-year US Treasury bond has gone from yielding 0.15% in June 2021 to over 3% today. The rest of the debt has also been stressed. The market knows what is coming and demands more, much more for the debt. At the same time, the assets that, in theory, withstand uncertainty the worst, are beginning to suffer, such as bitcoin, which touched $26,900 yesterday, far from the more than 66,000 last November.

In the eurozone, with the stock markets down trying to digest the new calendar of interest rate hikes announced last week, the pressure on sovereign debt is increasing. Italy, the third largest economy in the euro, has its ten-year bond already close to 4%, with the risk premium at 232 points. Greece's bond is at 4.4% and the differential with Germany touches 300 points. Christine Lagarde, president of the ECB, has a tough job ahead of her because the fragmentation of the eurozone is beginning to show and could fuel new tensions in the markets.