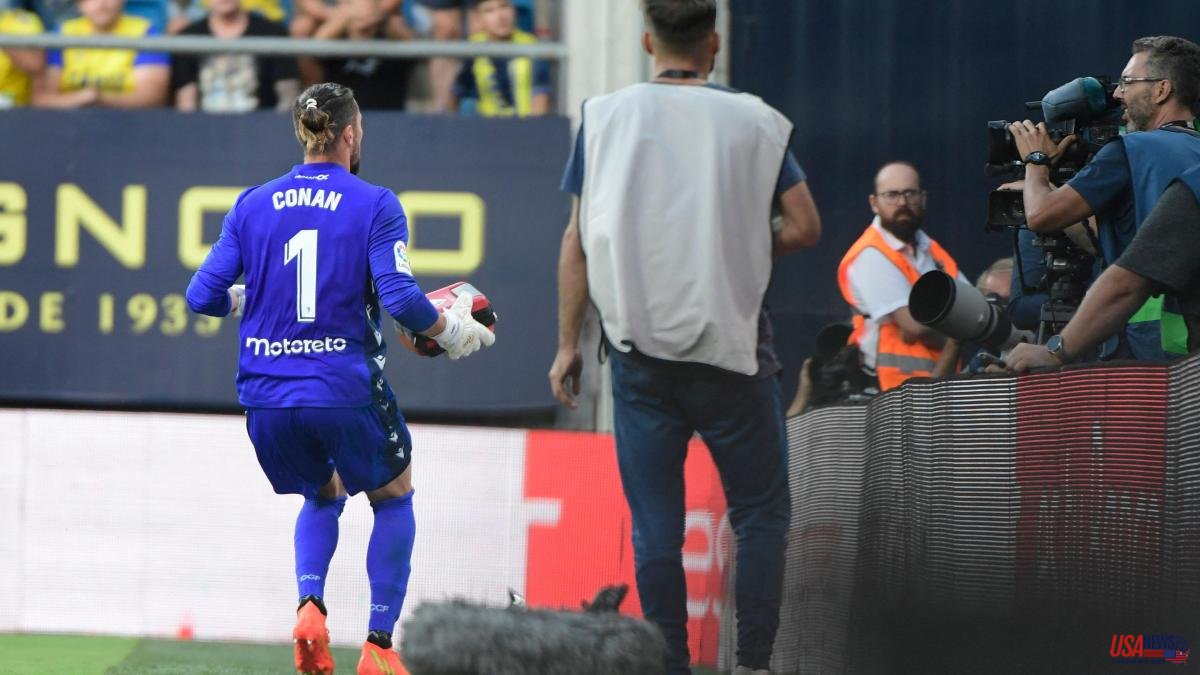 A deathly silence. Some player like Araújo even praying. And the game was interrupted in the 81st minute. The important thing was not on the pitch, but in the stands. One person had suffered a heart attack and medical assistance was trying to revive him. A moment of great anguish that was experienced during Cádiz-Barcelona in the Nuevo Mirandilla stadium.

Everything happened when the game was facing its final stretch. Many fans began to whistle at one of the bottoms. They requested help to save the life of a man who had collapsed. Members of the police arrived first. Later, up to ten people from the Red Cross to begin resuscitation.

Jeremías Ledesma ran across the field to get a defibrillator to medical assistance. They placed him on the floor between two rows and began a cardiac massage that lasted more than fifteen minutes. The family had been evacuated out of the stadium and ambulances were not long in arriving. A cardiologist was in the stadium, who jumped onto the pitch to help resuscitate the fan.

The situation caused two other people to have to be treated by the medical services for two separate anxiety attacks and another for a drop in blood pressure, the latter a television cameraman.

In the 101st minute, referee Del Cerro Grande decided to send both teams to the changing rooms with the idea of ​​pausing the game until the person could be evacuated. After more than 25 minutes, members of the Red Cross helped by a club employee and a Cádiz player were able to evacuate the affected fan to a nearby hospital. The fan remained in a very serious condition but had recovered vital signs. The referee decided to resume the game almost an hour after pausing it to play the remaining 9 minutes.