Modernism is not a selfie set

Members of the Berlin-based art collective gamut inc manipulate a laptop at the foot of the Palau Güell organ. 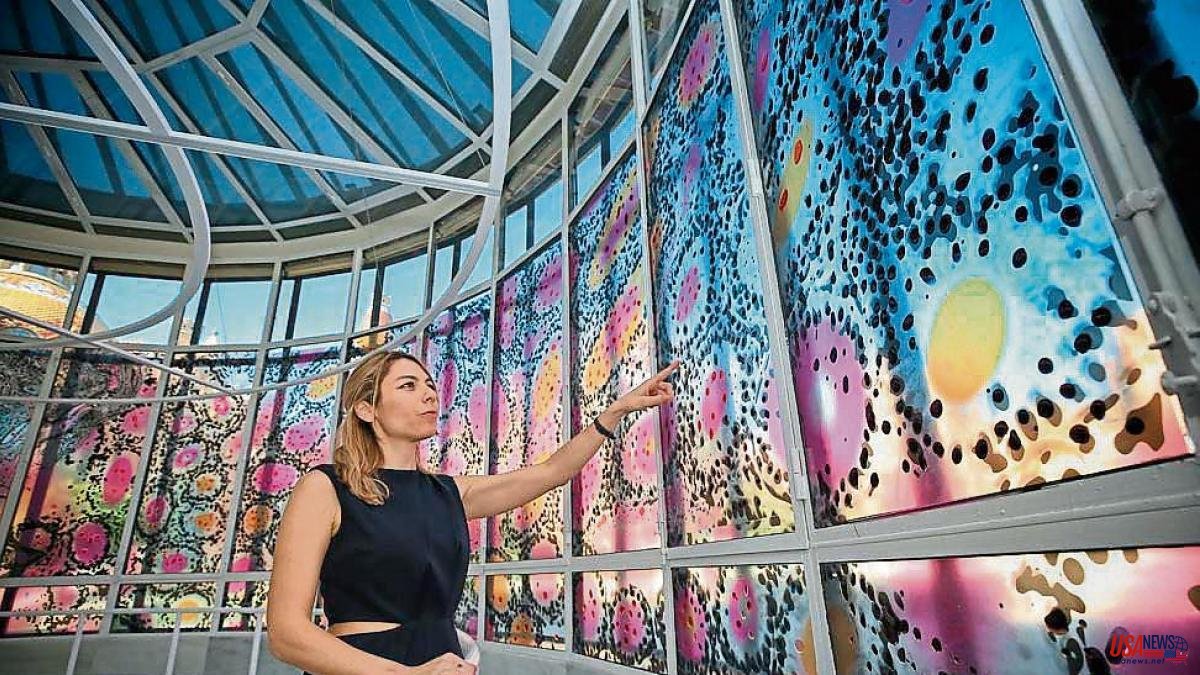 Members of the Berlin-based art collective gamut inc manipulate a laptop at the foot of the Palau Güell organ. It happens on a March afternoon. From the tubes of the instrument, rebuilt ten years ago by the master organ builder Albert Blancafort, a hypnotic piece of music sprouts that spreads to every corner of Gaudí's building.

A few meters above, the keyboard responds rapturously to the orders it receives from the computer. Not even the most alien of organists could type like that. This is what we are talking about when we talk about hyperorgan: to use the instrument that goes beyond the capabilities of the human performer. If in the legend of Bécquer it was the spirit of the dead organist, Maese Pérez, who actuated the keys, in this case the wonder arises from the intersection between technology and talent.

That rehearsal was attended, among others, by Blancafort himself, the organist Juan de la Rubia, the singer Maria Arnal or the producer and artist Raül Refree. With the testing phase over, this unusual organ concert is scheduled for June 16, 17 and 18, as part of a Sónar that is going beyond its limits to consolidate itself as a festival of contemporary creation. The installation is signed by gamut inc, Blancafort and the technologist Santi Vilanova.

In addition to a delight for the senses – it was already so in rehearsals and those responsible assure that the piece has continued to improve – the show could also be considered an action to claim the modernist heritage of the city. Too often, the legacy of Gaudí, Puig i Cadafalch Domènech i Montaner and other architects of the movement is relegated to the role of decoration for tourism, like a still life that can be seen at agreed times, one more stop on the tour of to and from the cruise ship that waits in a port terminal for tourists laden with souvenirs and hasty selfies.

Approaching modernism from contemporary creation, on the other hand, serves to underline the validity of its legacy. Because that movement arose from the work shared by artists, architects, industrialists, technicians and artisans from all fields, in the same way that the emerging urban culture pursues the confluence between art, science and technology, in line with the approaches proposed by the New European Bauhaus.

Luckily, examples of how fruitful this recovery of modernism can be for the contemporary scene are beginning to appear. After the intervention of the digital artist Refik Anadol on the facade of Casa Batlló, Michel Lemieux and Victor Pilon will open the ISEA international electronic art symposium on June 14 with a mapping projected on the historic facade of Sant Pau entitled Cité Memoire.

This work, which in some way traces the history of Montreal, had to be screened at ISEA 2020 in the Quebec city, but the pandemic forced the edition to be held only online.

An exhibition with some thirty works in the old convent will complete Sant Pau's contribution to this festival and will continue the approaches that the hospital has already made to contemporary creation, such as the installation by Ignasi Cristià or the exhibitions by the artists Anna Rierola, Ayse Gül Süter and Yoi Kawakubo that the Quo Artis foundation has produced there.

As difficult as it is to define eclectic modernism, it turns out to classify an artist today. Marion Wörle, one half of the gamut inc collective, introduces herself as a computer scientist, composer and graphic designer. Together with her partner Maciej Sledziecki, composer and guitarist, she is preparing to put on an organ soundtrack to what was the architect Gaudí's first great delusion.