Little by little Òmnium Cultural is not only setting its own profile, but it is losing inhibitions and publicly showing disagreements with the Catalan National Assembly (ANC). 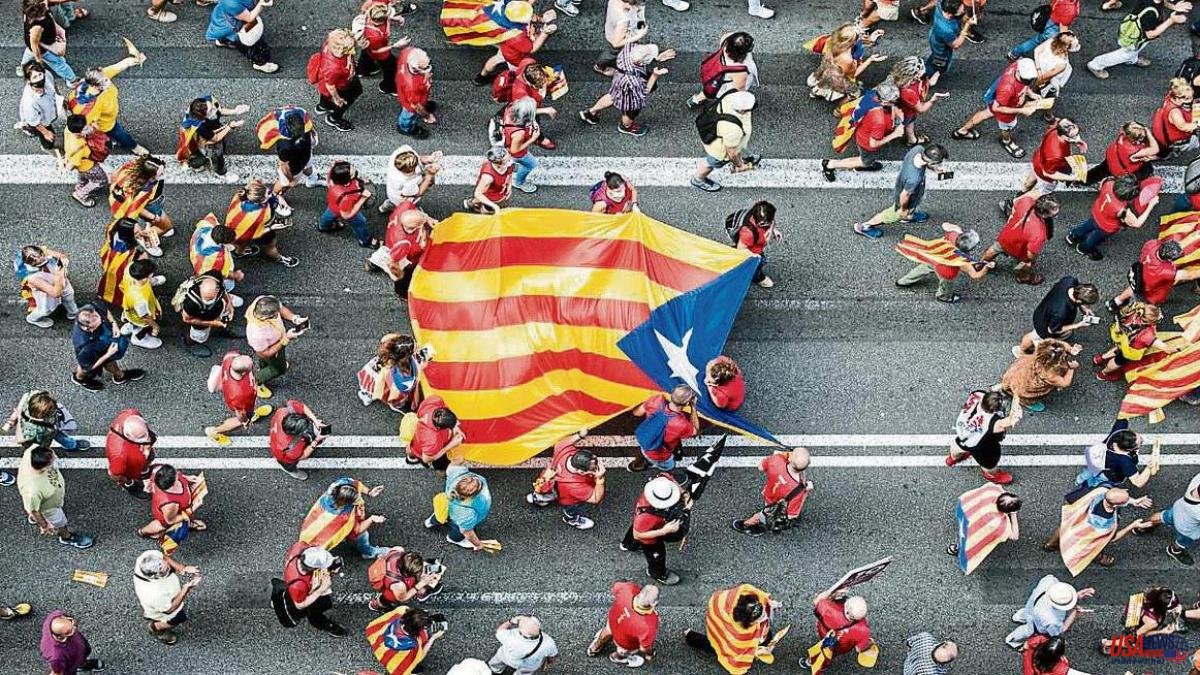 Little by little Òmnium Cultural is not only setting its own profile, but it is losing inhibitions and publicly showing disagreements with the Catalan National Assembly (ANC). But it does so carefully and without fanfare, contrary to what happens between the pro-independence political parties. This Friday the president of the cultural entity, Xavier Antich, has taken another step in this detachment strategy and has stated that he does not approve the manifesto of the association chaired by Dolors Feliu. He has finished off his intervention stating that the years after 1-O have meant a cycle that "is exhausted" and that has caused "discouragement".

“We don't share it”, assured the president of Òmnium to TV3 about the manifesto of the mobilization of the ANC for the Diada. "But he will not be a workhorse," he said immediately with the intention of not delving into controversy before the leader of the ANC, who was also present and interviewed.

However, Antich has not stayed here. He has unmarked himself and has freed himself from taboos typical of the independence movement when he has expressed bluntly that “the current cycle of the years that follow – and we have been five – to 1-O no longer gives more of itself; it is a cycle that has ended up generating discouragement, demobilization and disorientation due to the absence of a shared strategic objective”.

Continuing in this line, Antich has stressed that "the cycle of 1-O as the maximum expression of accumulation of power has no continuity" and, therefore, the independence movement needs "a shock" and "reverse the frustration" to prepare another project that allows all those agents who made 1-O possible to agree and incorporate new ones. "New frameworks have to be generated, because the ones we have been working on in the last five years are not useful to us and we need new complicities", he pointed out in this regard.

Bearing in mind that the validity of 1-O and its results are included in the roadmap of the ANC, Antich's words differ greatly from the thinking of the Assemblea.

Nevertheless, Òmnium collaborates with the entity chaired by Feliu in the organization of the Day demonstration. In fact, both Xavier Antich and Jordi Gaseni, president of the Association of Municipalities for Independence (AMI), will be on stage. But it is expected that the Omnium manifesto will not follow the lines of Dolors Feliu's reading.

That Òmnium, with 190,000 paying members, and the ANC, with 46,000 full members and some 50,000 sympathizers exempt from fees, coincide on substantial issues is evident. But they use differentiated discourses. The example is in this year's Diada, where the cultural entity will bring together different representatives of groups and parties in the sphere of sovereignty, from ERC, Junts and the CUP to the common ones, in their acts on the Paseo Lluís Companys in Barcelona. Esquerra, however, has rejected the ANC demonstration, the CUP will send a scarce representation and the commons, as in previous years, will not be either.

In short, Òmnium perceives disorientation in the independence movement and regrets that there is no regulated space in which the independence supporters meet. "A cycle has to be reversed," says Antich.