Mistakes cost dearly in the final phase of the Cup

The beginning of the final phase in the Copa del Rey Mapfre has led to significant changes in almost all the classes that compete in the 40th. 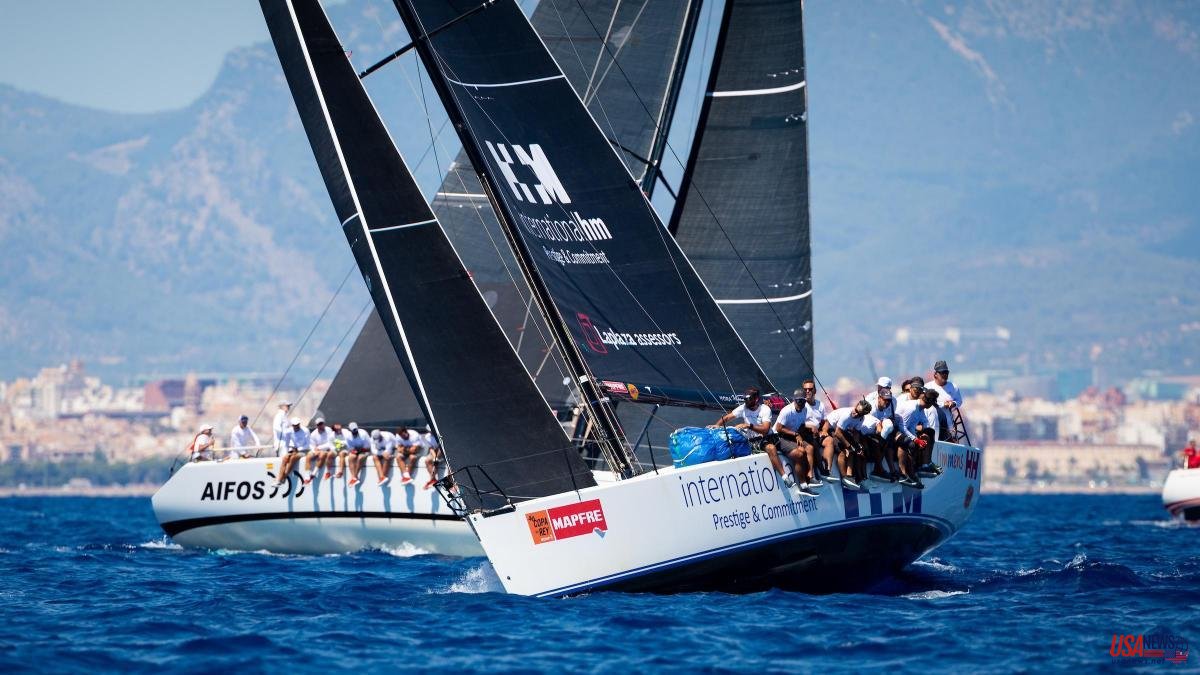 The beginning of the final phase in the Copa del Rey Mapfre has led to significant changes in almost all the classes that compete in the 40th. edition of the Real Club Náutico de Palma trophy. Even yachts that had a nearly perfect track record in qualifying have found themselves outmatched by making mistakes in the decisive races.

Javier Banderas' Soho Caixabank Theater, which dominated the ORC2 class with pleasure, entered fifth in the second round this Thursday and lost the lead in favor of Estonian Aivar Tuulberg's Katarina II, who took two second places and asserted that regularity.

The Banderas, Daniel Cuevas and Luis Doreste sailboat keeps its aspirations intact, since it is only one point behind Katarina II, but it has suffered firsthand from the two-phase competition system, established by the organization of the Copa del Rey Mapfre in 2019, and that seeks precisely this objective: that the last days fully recover the emotion, even in classes that could practically be decided by the clear dominance of a team.

In ORC1 there has indeed been continuity with the previous phase. HM Hospitales led by Alexandre Laplaza and Óscar Chaves remains in the lead with 4 points, after winning the first regatta of the day and finishing second in the next.

Estrella Damm, skippered by Luis Martínez Doreste, is second with 7 points and Red Bandit, the team made up of young Germans led by Carl-Peter Forster, is third with 11, but they made one of those mistakes that are decisive in the final phase and cut short the impressive comeback that was turning out to be one of the great attractions of this 40th. edition of the Copa del Rey Mapfre.

Probably driven by their eagerness to compete, the precise and powerful German Red Bandit team went off the line in the first race of the day and finished sixth. He went on to win the second round, showing off his precision maneuvering, but those six points are exactly the kind of mistakes that count so decisively in the finals.

The Navy's Aifos, with King Felipe at the helm, did not have a good day. He added a 7 and a 13 and has fallen to eighth position, with a total of 27 points, already very far from the top positions.

In ORC 3 it was Federico Linares' Brujo who bested the undisputed dominator of the previous series, Enzo de Blasio's Scugnizza. The Cadiz boat, which went out into the water second, returned as leader after scoring a fourth and a first. Now he leads his Italian rival by the minimum.

In ORC 4, only Giampiero Gianetti's Black Octopus was spared adding two separate NSCs (equivalent to not completing the course) in the two disputed races. In the first, no participant completed the course and all received eight points in their lockers; in the second, Giampiero Gianetti's Dufour 34 was the only one to interpret the change of course announced by the regatta committee and is the new leader.

The Swan 50 class was one of those that suffered a more spectacular turnaround in the classification, although in this fleet of one designs, in which the fourteen sailboats are completely equal, it is very common for a boat to alternate good performances with other terrible ones. Hendrik Brandis's Earlybird, who was leading in this final phase, did a 14th in the second race of the day and dropped to fifth position.

And Pablo Garriga's Tenaz, the only Spanish boat in this class, scored 11 in the first race and went from second place overall to sixth. The leader now is Stefan Heidenreich's Swiss Onegroup, who won the first regatta and finished second in the next.

Also in J70 there were changes. Gustavo Martínez Doreste, at the head of the Alcaidesa Marina, won two races and was second in the other of the three races held this Thursday. He has become the leader of the class, displacing Les Roches-Tripsst de Pepequin Urbaneja, a classic of the Copa del Rey Mapfre in the small classes, to second position.

On the contrary, Jorge Martínez Doreste, younger brother of Gustavo (and of Luis Martínez Doreste, the skipper of Estrella Damm in ORC1) lost third position and has gone to fourth, surpassed by Luis Albert Solana's Patakin, from RCNP .

The battle for the ClubSwan 42 title rages on. Mirko Bargolini's Koyré-Spirit of Nerina, who clearly dominated the first half of the championship, managed to defend his position at the head of the provisional standings but is now tied on points with Adriano Majolino's Canopo and Pedro Vaquer's Nadir. The Spanish boat was the best of the day, with two second places that allowed it to rise from fifth to third position.

In ClubSwan 36, Lorenzo Monzo's Farstar took advantage of this first day of the final phase to reaffirm his candidacy for the title, with a third and a first. Three points behind the leader is the 2021 champion, Giangiacomo Serena's G Spot (1 5).