Russian authorities have fined two women, one of them Miss Crimea 2022, for singing a Ukrainian patriotic song in Crimea, the southern Ukrainian peninsula annexed by Russia in 2014 in the same way it joined the Ukrainian provinces of Khershon last week , Zaporiyia, Donetsk and Luhansk to Russian territory. 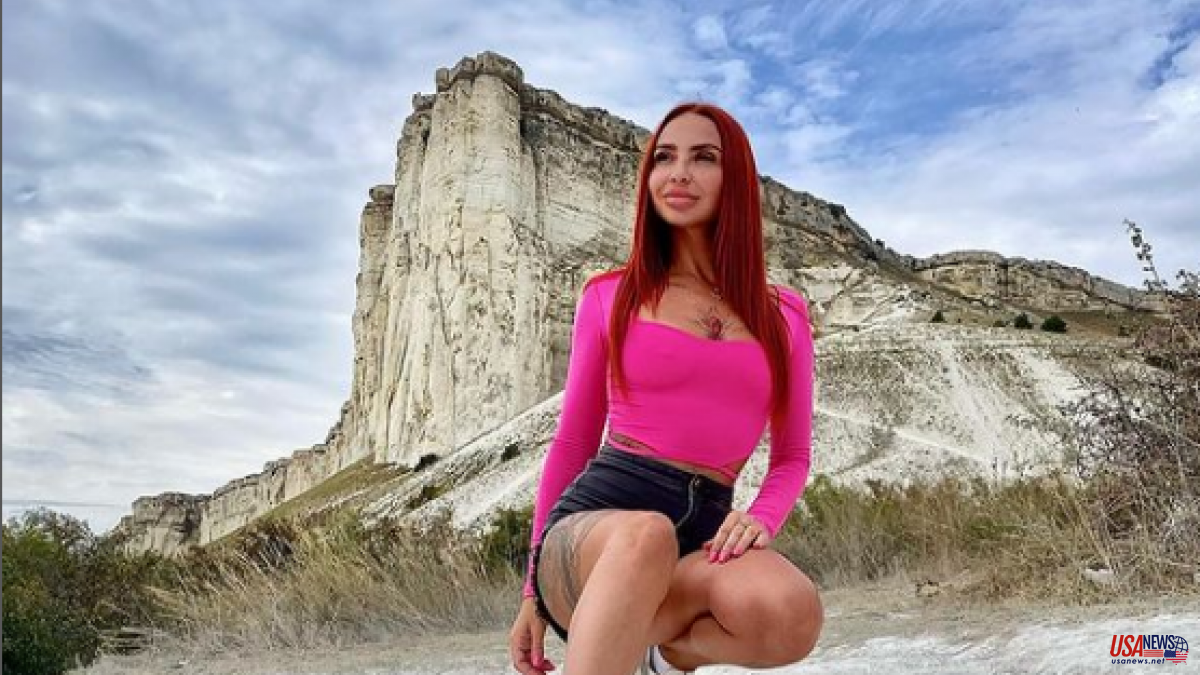 Russian authorities have fined two women, one of them Miss Crimea 2022, for singing a Ukrainian patriotic song in Crimea, the southern Ukrainian peninsula annexed by Russia in 2014 in the same way it joined the Ukrainian provinces of Khershon last week , Zaporiyia, Donetsk and Luhansk to Russian territory.

A Russian court has ordered Olga Valeyeva, who won this year's beauty contest, to pay a fine of 40,000 rubles (about 680 euros) for singing along with her friend in a video broadcast on social networks the song Chervona Kalyna, considered by the Russian authorities as the anthem of Ukrainian nationalists. The other woman, whose identity is unknown, was sentenced to ten days in prison.

The two girls, born in 1987 and 1989, were found guilty of discrediting the Russian military and displaying Nazi symbols in public, Crimea's Russian-appointed Interior Ministry said. Russian President Vladimir Putin has from the start described the invasion of Ukraine as a "special military operation" aimed at "de-Nazifying" the country.

The video in question was posted on Valeyeva's Instagram, but she later deleted it. In the recording both women sang a cappella the popular song that has become known beyond Ukraine as a result of the Russian invasion. Especially when the singer of Andriy Khlyvnyuk of the Ukrainian band Boombox returned from his tour of the United States to fight for his country and soon posted a video singing the song. Pink Floyd later used it on their single "Hey, Hey, Rise Up!", the video of which went around the world, in support of Ukraine.

The Ministry of the Interior published a video on Telegram where the two women, with blurred faces, apologize. "I want to sincerely apologize for singing the song Chervona Kalina whose message I completely ignored," says one of them, who resembles Valeyeva.

"We sing this song without putting any symbolic connotation on it," this 34-year-old model, dancer and blogger from Belogorsk, in southern Crimea, also says on her Instagram page. "She never wished anyone harm. We thought it was just a little song that we had known for a long time," the woman adds before asking them to please stop harassing and insulting her through her profile.

This is not the first time such an episode has occurred in Russian-controlled Crimea. Six people were arrested or fined for playing and singing Chervona Kalina during a wedding in southern Crimea on September 10 and spreading the video on social networks. Some of those arrested were sentenced to between 5 and 15 days in prison. The owner of the restaurant where the party was held also recorded a video apologizing and showing her support for the Russian offensive in Ukraine.

These events angered the regional governor installed by Moscow, Sergei Aksyonov, who warned a few days ago that he would criminally investigate whoever "uttered pro-Ukrainian slogans" and "sang nationalist songs."

Crimea was annexed in March 2014 by Russia, which last week also declared four other Ukrainian provinces that it controls, at least partially, as Russian territory as a result of its more than seven-month invasion of Ukraine. Kyiv has set out to recover all these territories, including the Crimean peninsula.