Misfortune or loss of control

There are moments in the history of peoples and, above all, of governments when it seems that everything goes wrong. 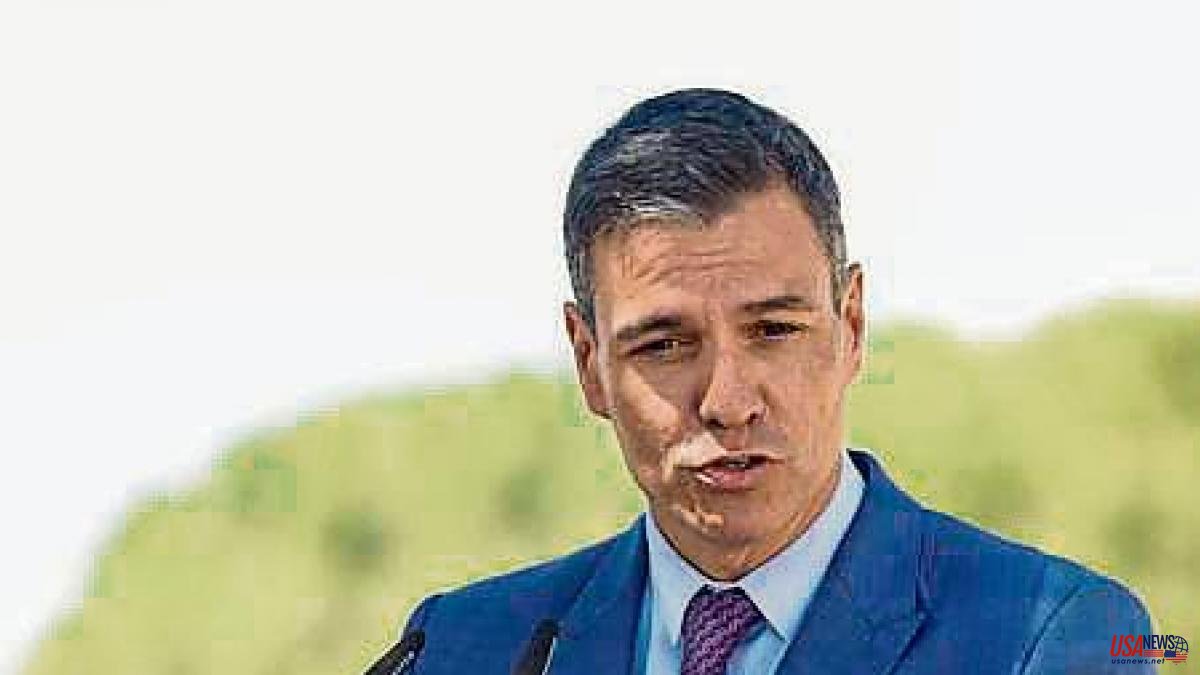 There are moments in the history of peoples and, above all, of governments when it seems that everything goes wrong. This could be one of them. It can be demonstrated in many episodes of political life. Catalonia, for example: the so-called "conflict" has never been so calm in the last ten years. Between sovereignist disappointment, social fatigue and the need or promise of dialogue, nobody sees today the dreaded train crash. However, someone discovers the misery of the State's investments and the damage they entail and gasoline is poured on the fire again. There is already one more argument to return to the agitation.

Another example: the social profitability of Pedro Sánchez's policy. He boasts of having faced the health and economic crisis with criteria of justice, unlike "others". The president told the Senate that he fought to defend families and businesses. He has good employment data. He raised the minimum wage in a more than appreciable percentage. He created the Minimum Vital Income. He helped young people financially. However, the Socialist Party does not take off in the voting intention polls, Carlos Mármol spoke here yesterday of the twilight of Andalusian socialism and there are symptoms that the vote of indignation, which was previously on the left, is now seduced by ultra-conservative populism .

Third example, foreign policy. With imagination and tenacity, Pedro Sánchez and his vice-president Teresa Ribera obtain the European endorsement to cover gas and lower the price of electricity. It was his great project of the political course. But the management of the crisis with Morocco poisoned all foreign policy and left the president in a painful parliamentary solitude and Spain as a clumsy country, unreliable for the offended Algeria, weak before the pressures (blackmail?) of Rabat and with bitter questions about the energy future, about the lack of intelligence to take advantage of the relationship with Algeria against Italy. In case something is missing, it is an enigma that King Felipe VI has not been entrusted with the monarch-to-monarch relationship with Mohamed VI.

There are three facts and replicas produced in the very short period of a week, which give an idea of ​​how fickle the situation is and how little controlled it is by the Executive. The effects on public opinion will begin to be seen on the 19th in Andalusia, if the results can be extrapolated, which remains to be seen. Is it misfortune, bad government, change of cycle? Maybe a bit of everything. Against all three, Pedro Sánchez could score two lessons that emerge from his first face-to-face with Núñez Feijóo. First lesson: if he continues without answering the questions of the opposition leaders and answers with attacks to those who question him, he gives the impression that he does not know how to explain his facts. As Feijóo told him, he knows how to resist, not rule. And second lesson: the opposition is never a hindrance; that is totalitarian mentality. The opposition must be involved in the government and in matters of state such as foreign policy. If he continues without doing so, Sánchez will be humbled once again by the sad spectacle of his pathetic loneliness.

Bullying. If the invitations to hunts and their expenses are donations or increases in wealth, the Tax Agency has a job: once King Juan Carlos is liquidated, it can paper over at least half of the ruling class of this country, political and economic.

Delusions. Latest study by J. J. Toharia (Metroscopy): Goodbye, optimism for the new normal. From January to today, society has lost 25 percentage points of the illusion it had, its fatigue has increased by five points, anger by seven and fear by four. Come on, Government, analyze why.

Left. The search for those responsible for the demobilization of the left is interesting. Only because of what they air their differences, as Sánchez says? If it were only for that, the solution would be quite easy.

Books. The defense of the Minister of Education against the accusations of indoctrination is curious: textbooks cannot be censored. Oh no? Can they teach our children what an unknown author wants?

Wages. Read: salaries in large companies rise 5.5%. Congratulations to the winners. If that is uploaded to pensioners, someone would say that they are ruining the State.

Masterly. Politicians outdo themselves in their arts of simulation. Boris Johnson said after being hunted at parties and lies: "Nothing and no one is going to stop us from continuing to serve the people."