Series A already has a champion. 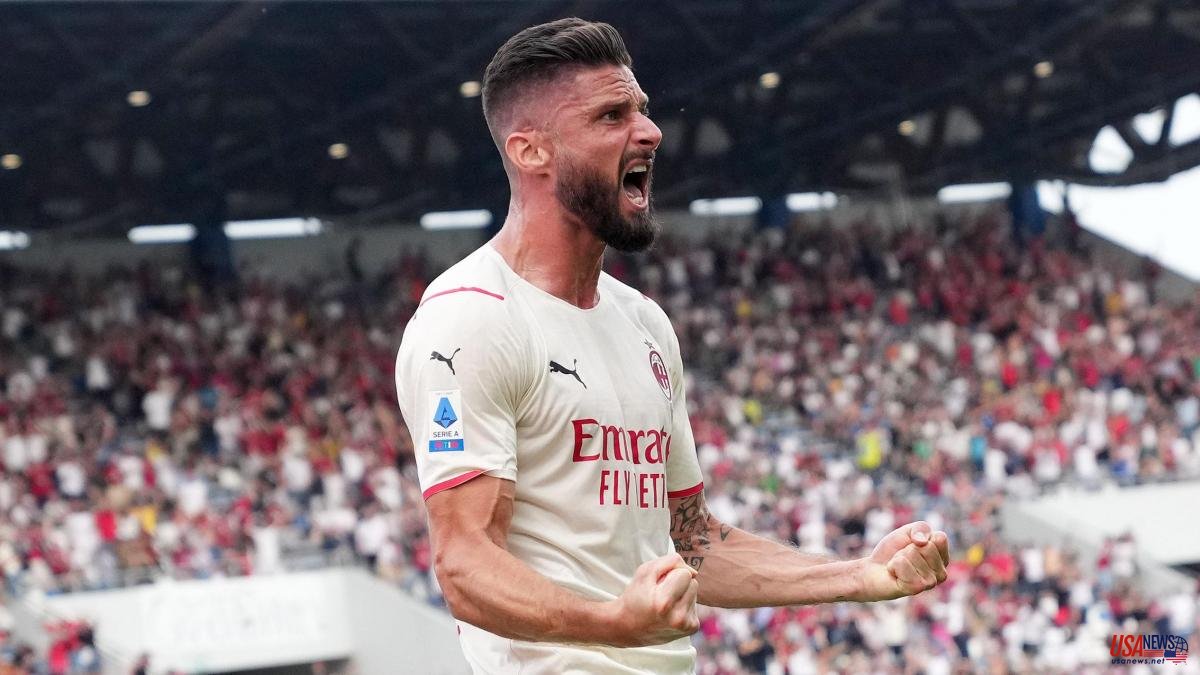 Series A already has a champion. Milan has been proclaimed winner of the scudetto this Sunday after a long eleven years of drought in the main soccer tournament in Italy. The team commanded by Stefano Pioli has done its homework by beating Sassuolo 0-3 away from home, leaving its most direct rival, Inter Milan, with nothing to do, which has competed for the title until the last day of the championship.

This is how the Rossoneri team ends its journey in the desert since it won its last scudetto in 2011. The second European team with the most Champions, after Real Madrid, had been experiencing a black decade during which it was even sold by Silvio Berlusconi, in the It was surely the most painful decision of his life. Berlusconi bought the club in 1986 for what would now be €10m. And under his reign, when he went down to the dressing room to order game tactics from the players, he won five of the seven European Cups that the club has. But the decline was also parallel to the precipitous fall of the tycoon, punctuated by sordid sexual and judicial scandals. In 2017, advised by his daughter Marina, his right eye, he gave the club to a Chinese businessman for 740 million euros, debts included. A mysterious operation, as much as the new owner, Li Yonghong, whom no one ever managed to find, and which is being investigated by the Milan Public Prosecutor's Office. In July 2018, after Yongchong's defaults, the club fell to the American fund Elliot Singer, which is now negotiating with another Bahraini fund interested in the club.

Behind the scenes, Milan have spent five years recomposing themselves with one of the youngest squads in Serie A, with names that stand out like the Spaniard Brahim Díaz and Theo Hernández, brother of Bayern defender Lucas Hernández. A generation in which there is only one star, and he is 40 years old: the charismatic Zlatan Ibrahimovic, who returned to the club in 2019 after a tour in the United States. The Swedish striker had a great season last year but this year, injured, he has acted more like a spiritual guide for the youngsters. The coach, former soccer player Stefano Pioli, is compared in the country with Carlo Ancelotti for his non-shrill style. Pioli hit the table by winning the derby against Inter Milan, the last Serie A champion. Milan's victory was a great disappointment for Inter, considered the favorite at the beginning of the championship despite the transfers of Lukaku and Hakimi. Second place is painful. Who celebrates is the other part of Milan.

With the happiness of the Rossoneri thus ends one of the most competitive championships in recent years. Napoli have shone at times but too many ups and downs have taken them away from the title. “Of the nine years that I have been here, this is the most disappointed. The others were not stronger than us”, assured Belgian striker Mertens, in statements that generated a lot of noise. But the truth is that it had been a long time since Serie A was decided on the last matchday, which was also decisive for knowing the teams that went down in category (Cagliari, Genoa and Venezia) and those classified for Europe (Lazio, Roma and Fiorentina). A circumstance that has encouraged the competition, but that is the result of the low level of the most important clubs. Calcium is not going through its best moment. Italy has again been left out of the next World Cup for the second time in a row and no Italian team managed to qualify for the quarterfinals of the Champions League. Inter was beaten by Liverpool in the round of 16. Juventus, the most powerful club, fell to Villareal, and has finished fourth in the national championship suffering the humiliation of not even being able to compete for the scudetto. The end of an era is confirmed after having won nine leagues in a row between 2012 and 2020. RB Leipzig kicked out Atalanta in the Europa League quarterfinals. Mourinho's Roma have managed to reach the final of the Conference League, which will be played on Wednesday against the Dutch Feyernoord, the first European final played by La Loba in 31 years, a milestone for his fans. Mourinho has obtained a discreet sixth place in Serie A, but instead he has achieved something important, the illusion of the fans.