After a bitter end last season, in which they fell in the final four of the Euroleague and lost the Endesa League final against Real Madrid, Barça is thoroughly remodeling its basketball squad. 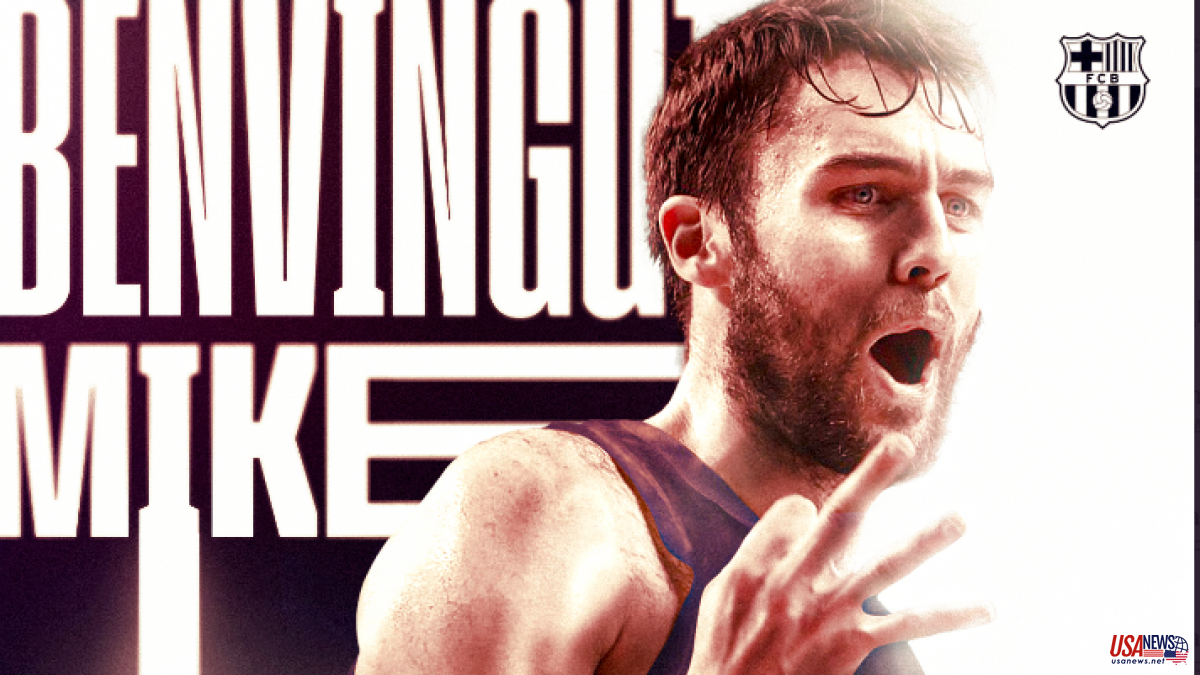 After a bitter end last season, in which they fell in the final four of the Euroleague and lost the Endesa League final against Real Madrid, Barça is thoroughly remodeling its basketball squad. The last to join the Barcelona discipline, after making his signing official on Tuesday, is the American of Slovenian origin and nationalized Mike Tobey.

The center, 2.13 meters and 27 years old, arrives free after ending his contract with Valencia Basket and signs for one year at the expense of passing the relevant medical examination. The Barça entity highlights his mobility despite his size, as well as being "forceful under the rim and also a threat from the outside with a difficult shot to defend". "

After a fleeting stint in the NBA, in the Charlotte Hornets, the man born in Monroe (New York) flew to Spain, where he has spent practically his entire professional career. He finished the 2016-17 season at Valencia Basket to replace the injured Viacheslav Kravtsov. The following year he played at Iberostar Tenerife before returning to the Taronja club in 2018-19 until his signing now for Barça.

The pivot arrives to complete Barça's inside game, which this summer has also been reinforced with the Czech Jan Vesely and the German Oscar da Silva. Serbian Nikola Kalinic, also a former Valencia player, and Tomas Satoransky, who is returning to Barça, are the other new faces that coach Sarunas Jasikevicius will have.

Tobey played with Slovenia in the last Tokyo Games, where the Slovenian team finished fourth in the tournament after losing in the semifinals against France. The new Barcelona player is in the pre-selection of the team led by Luka Doncic for the Eurobasket dispute that begins on September 1.