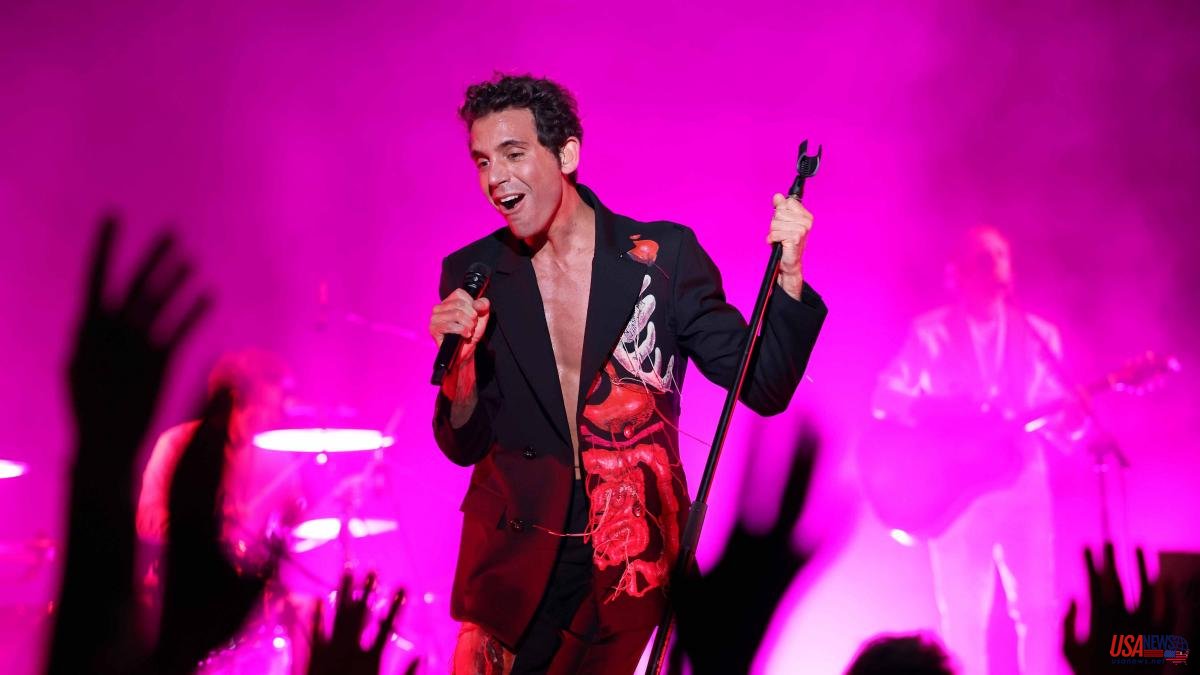 Relax, take it easy. Or, what is the same, relax and take it easy. Last night Mika showed off her famous motto at the Cap Roig Festival. The artist from Beirut, who recently presented Eurovision together with Laura Pausini, conveyed his good vibes to those who came to Calella de Palafrugell, who were not a few. In fact, the organization had long announced the 'sold out' for this concert, one of the most anticipated on the bill.

“I saw a concert of his in Paris in 2018 and it was spectacular. As soon as I found out that he was coming to Catalonia, I didn't doubt it for a second. It is a guaranteed show”, acknowledged one of the attendees shortly before the show began. The rest of the public seemed to agree with her, because the euphoria exploded when she appeared from the public singing Lollipop, something she did on several occasions, and it got worse as songs like Yo Yo or We are Golden were played.

Nor was the popular Big Girl missing with her 'you are beautiful' chorused by the audience at the beginning, or other songs from her most recent album, My name is Michael Holbrook, with which she began a world tour that was forced to pause for the pandemic.

Although if there was a song with which he revolutionized the audience, that was none other than Grace Kelly, the single that brought him fame in 2007 and with which he reached number 1 on the charts of different countries, including Spain.

When he released this hit, his purpose was none other than to make fun of musicians who try to reinvent themselves to be more popular. And, in fact, that is a bit of his personal brand: not forgetting his origins and always being himself. An essence that, despite his fourteen-year career and more than ten million records sold, he maintains intact and with which he impregnated the festival.

Joy and humor were the main ingredients of a show that managed to get the audience on their feet on more than one occasion. It did not matter that the singer admitted having some hoarseness at the end of the recital. He himself apologized and explained that days ago he was sick and that he was about to cancel the performance, but that he had felt the good vibes of the attendees and that he decided to come and give everything. Be that as it may, if one thing is certain, it is that Mika once again managed to put the fans in his pocket.