Miguel Montenegro: "Young people, women and families are at risk of being detained in El Salvador" 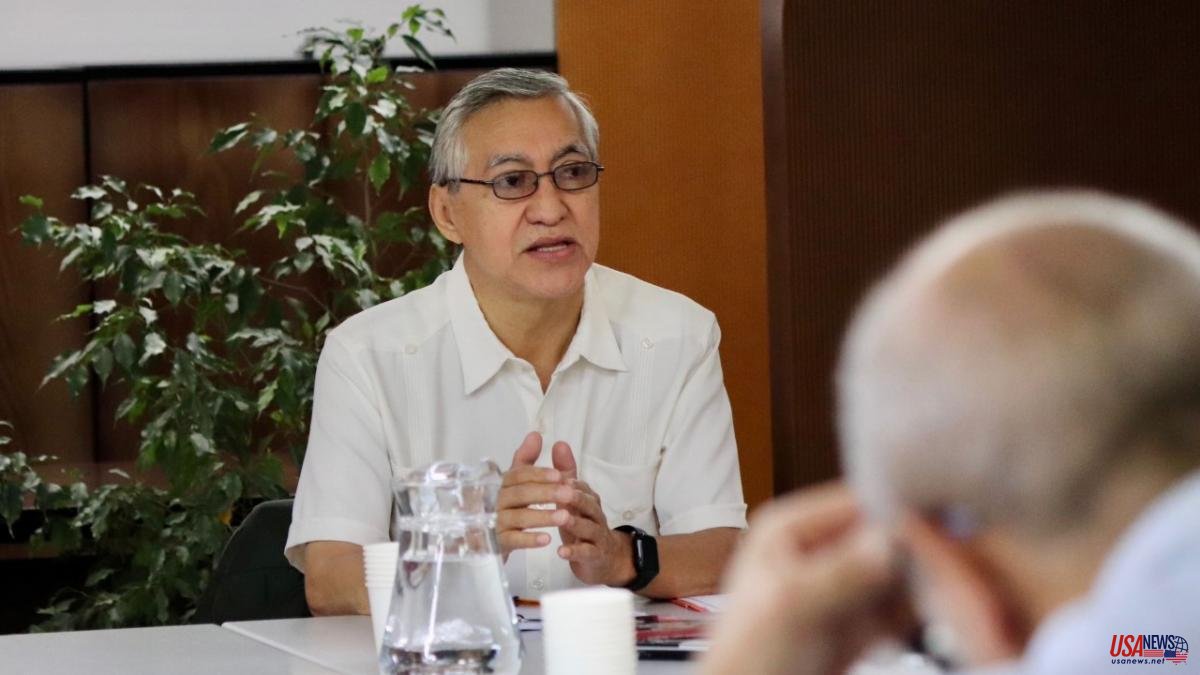 Every day, Nayib Bukele tweets: "0 homicides." That is the beginning of any message from the president of El Salvador, who is said to rule – in part – through Twitter. “0 homicides” means, for him and for the many Salvadorans who support him, that his war against criminal gangs – the maras – is succeeding. At the cost of eight months of a state of emergency in the country – established since 86 murders were recorded in a few days in March – and 56,714 detainees, according to the latest known data. But, is it all about gang members? Not at all, explains Miguel Montenegro, director of the Human Rights Commission of El Salvador. In reality, “zero homicides” is the visible part – and of course celebrated by the Salvadoran population – of a broader repressive policy that affects civil organizations, including the press, and that has brought Bukele into conflict with the Inter-American Commission on Human Rights, which he accuses of defending criminals.

Nayib Bukele, a “book populist” –in the definition of Andreu Oliva, rector of the José Simeón Cañas Central American University– who became president in 2019, maintains his popularity by selling illusions. Less visible are his intentions to rewrite the history of El Salvador and the 1992 peace accords, which he describes as a farce, his co-optation of State institutions, corruption...

Miguel Montenegro visited Barcelona, ​​invited by the Óscar Romero Committees and offered an information session at the Catalan International Institute for Peace.

How is the state of exception affecting salvadorans?

It is affecting everyone because young people, women, families, are at risk of being detained simply as suspects. Many communities and neighborhoods where gangs operate have been criminalized. People live there who have nothing at all to do with the gangs but are harassed by them to make them pay extortion. But with this exceptional regime they are criminalized as gang collaborators and are detained. They are between a rock and a hard place. If they pay, they are threatened, for the Government all of them are suspects, including the family environment. They tell me what we can do, we have to flee our homes… We are talking about forced displacements, due not only to gangs but also to harassment by the police and the armed forces.

In prisons, some have died due to lack of medical attention and others due to torture and beatings by the police or inside the prison. There were people who had terminal illnesses. The Human Rights Commission handles some cases of very sick people who have not been taken into account. The funeral home has reported the deceased, which has gone to the family home... Other people have been buried without being identified, the families have simply found out that they were in a common grave. Even young people who left gangs or who were gang members for a long time, who supposedly repented and have converted to a healthy society, some working in city halls, have been detained for four months in jail just for having been gang members before. . I know several.

The phenomenon of gangs or maras dates back to the end of the war (1992), and even then there were studies on how they had emerged. However, they have grown monstrously. Why this failure of Salvadoran society or governments?

Previous governments, and the current one, have not combated frontally or comprehensively the causes that have caused poverty, nor have they combated impunity in the country. And from the lack of a fight against poverty and impunity, any action of organized crime and of course gangs is allowed. Previous governments, like this one, negotiated and have negotiated with the gangs and allowed their excessive growth, they have allowed the gangs and organized crime to take over a lot of Salvadoran territory, they have even benefited them inside the prisons.

Who is behind all this? The big families?

I wouldn't dare accuse them if there isn't an investigation, but there could be a lot of speculation, because there is someone behind them too. It seems to me that both the State, with intelligence, in a country as small as ours, 21,000 square kilometers, having the technology and the apparatus to repress, how is it possible for them to be strengthened? I have always asked myself the question. The recruitment of young people into gangs is the product of family disintegration, poverty, and a lack of training and education. Now who's behind it? Some have been arrested and others have not... So the question is who is behind the financing, really allowing this situation. What this government is doing to me is something that doesn't go deep and it's not going to root out the gang problem.

Do gangs and police collaborate with each other?

That's true. What happens is that the government is not going to show or accept it, but we know that there is, to a certain extent, involvement of the police, even the population has denounced it. Many agents tattoo the “MS” or “M18” – the names of the largest gangs – on the inside. And those are police officers. It has been reported and there have been filters to try to prevent them from entering the police.

They say that the new attorney general spent 22 years defending gang members. An investigation by the newspaper El Faro indicates that he influenced legal proceedings in favor of a drug trafficker linked to a "mara"...

Of course, he is a lawyer who defended gang members, that's clear. The previous prosecutor had been investigating the negotiations that this government is carrying out with the gangs, and cases of corruption during the pandemic. That is why he was dismissed.

Has Bukele divided the social movement and the unions?

He has done it simply based on offers. There is a total division in the unions, as it has also done in the communities and communal associations. He seeks to divide them. Nayib Bukele has managed to deactivate opposition political parties. And all the associations that oppose their repressive policies are associations that defend criminals and gangs.

A "Foreign Agents Law" is pending to control NGOs through their financing, a law that is reminiscent of the one that exists in Russia...

They are trying to control, or eliminate, the functioning of organizations. They know that our work is given in part thanks to cooperation. For example, if in the Commission we have a project of 30,000 dollars, 40% of that would remain in the hands of the Government. The Ministry of the Interior prepared this law and presented it to the Assembly, but in the face of international rejection it was not approved. According to the Minister of the Interior, next year it will enter into discussion again in the Assembly and the Government is asking the Attorney General to investigate all social organizations regarding money laundering, something that did not exist for organizations like ours. with a series of requirements. If they do not comply, starting next year they risk disappearing. Some organizations have said that they are no longer going to work in fact.

President Bukele's decision to incorporate bitcoin as legal tender in El Salvador was very surprising: a country whose GDP depends 25% on remittances from emigrants adopts a cryptocurrency... Finally, it has been a failure.

It is hardly being used. People went for the $30 offered to use the app. Can you imagine being in line for 30 euros?

But there is a place where bitcoin is used a bit, isn't there?

Yes, that is in El Tunco, in the port of La Libertad, a space where there is tourism, surfing championships… And then Bukele talked about Bitcoin City, in the eastern part of the country, about building a housing complex with an airport, which he still has the idea of ​​building, expropriating and paying a fund for which the population is protesting. How is it possible that for their piece of land they are giving them less than 80% or 50% of what it is worth? And if they don't want it, it's going to be expropriated anyway, because that decree was approved last year... It's in the southern part of the department of La Unión.

And all this for what?

Because Nayib Bukele wants tourism, development, to make a city called Bitcoin, but now they are only talking about the airport; the city thing has remained on standby. Dont have much sense. The Government takes ideas from the sleeve of the shirt. What Bukele did was fantasize a lot when he launched his political project, and he reaffirmed it when he came up with a fantastic plan. For example, the Pacific train, another project. When he talked about bitcoin, he made the inauguration in the port of Liberty, with caviar, international guests who were dealing with bitcoin. Incredibly, he made it look like a flying saucer was coming and that Nayib Bukele was coming down from it. So! And the people applauded. In this way, he manages a huge fantasy that moves the population. And the population believes that with that promise we are going to get out of the economic crisis, despite the fact that there is unemployment, despite the fact that there is no growth and if there is, they are not showing it. Unemployment, the lack of educational, comprehensive, health programs... They cut budgets for all this but dedicate them to communication.