Police and family members confirmed that the truck's driver was killed in a high-speed crash in front of thousands of people at an air show in Michigan. 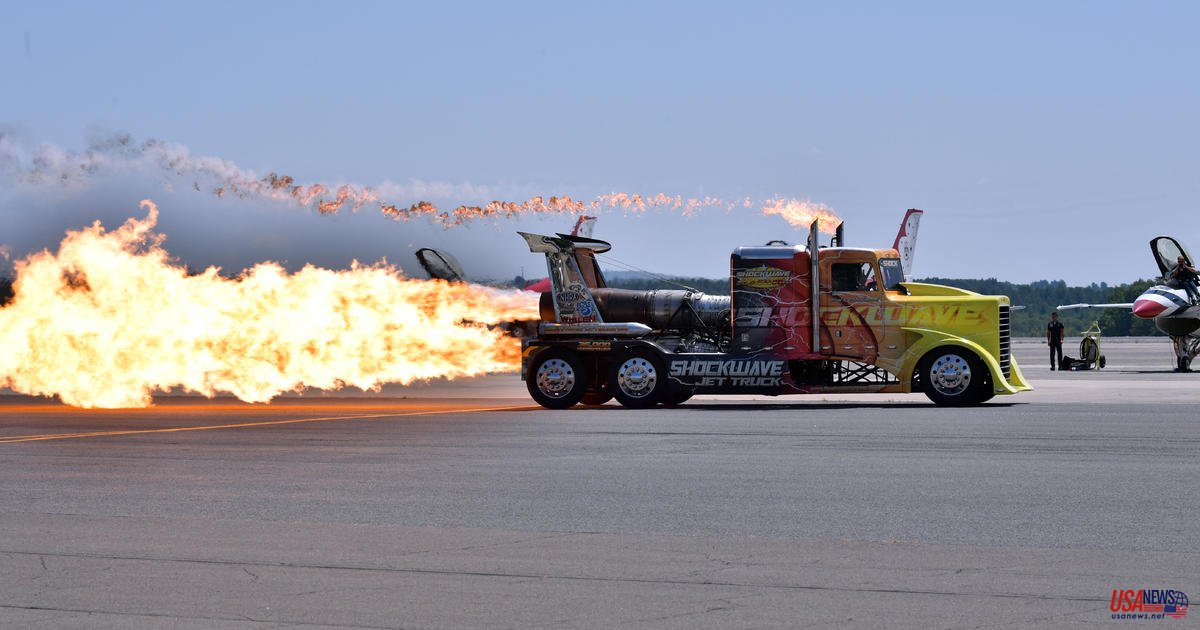 Police and family members confirmed that the truck's driver was killed in a high-speed crash in front of thousands of people at an air show in Michigan.

Chris Darnell, 40 years old, was killed Saturday while driving his SHOCKWAVE jet truck down a runway at 300 mph, according to police.

Neal Darnell, his father, posted on Facebook that "we have lost our youngest boy Chris in an accident doing the thing he loved; performing SHOCKWAVE." He also posted that the accident was caused by a "mechanical failure on the Jet Truck."

The truck lost control and burst into flames at Battle Creek Executive Airport. This video was taken by alleged air show attendees and uploaded to social media. Angry spectators watched as the truck flipped over several times.

The SHOCKWAVE was seen emitting pyrotechnic flames out of its exhaust pipes moments before the accident. This is apparently an integral part of the truck's performance.

According to the company's website, the truck was once referred to as the "worlds fastest semi" and had previously reached 376 mph. It was modified to have three jet engines at the back. This gives it 36,000 horsepower and 21,000 lbs of thrust. Darnell drove the truck, which was owned by Darnell Racing Enterprises in Springfield, Missouri.

Battle Creek Police stated that Saturday's rest of the schedule had been canceled, but that the air show would resume on Sunday. Police, fire and Federal Aviation Administration officials also launched investigations.

Neal Darnell wrote, "We are so sorry." "Just one month ago Chris was 40. Everyone who knew Chris loved him so much. Chris loved the Air Show business. As he put it, he was living the dream.