There are few works of art capable of radically changing the perception, vision and understanding of reality of those who contemplate them for the first time: of changing them in the best of ways, making them deeper and more refined. 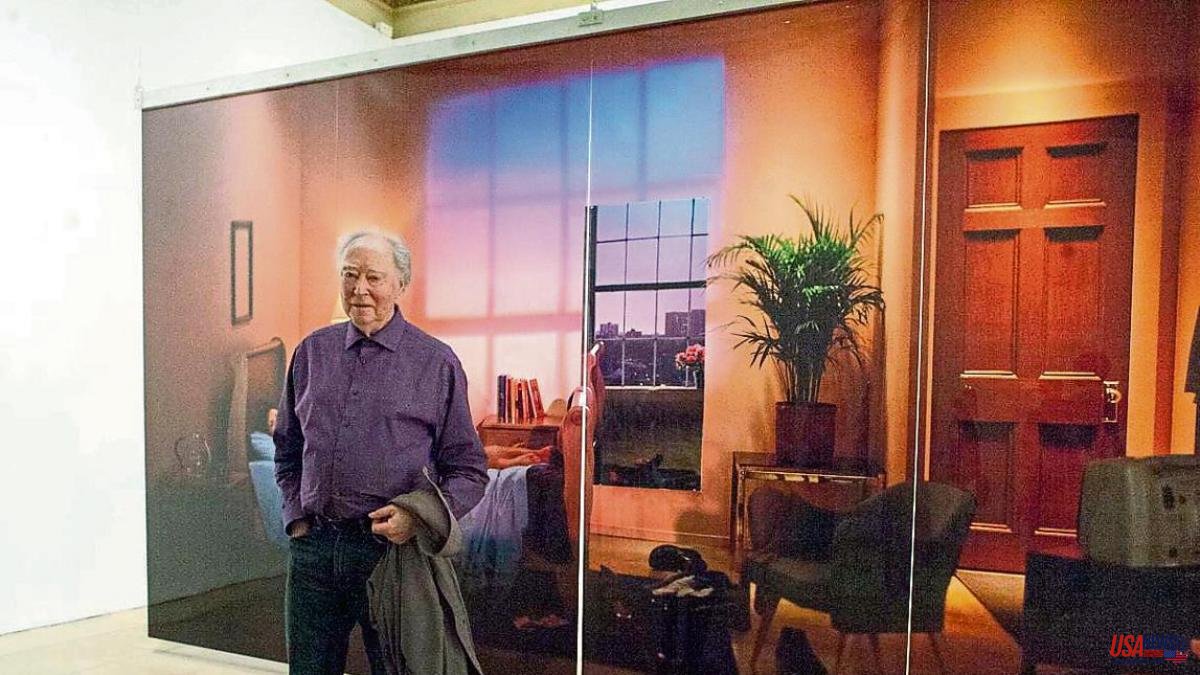 There are few works of art capable of radically changing the perception, vision and understanding of reality of those who contemplate them for the first time: of changing them in the best of ways, making them deeper and more refined. One of those works is the film La région centrale (1970-1971). Its author, the Canadian artist Michael Snow, died last Thursday, shortly after his 94th birthday, due to pneumonia.

The adjective genius was applied in the era of romanticism to those who managed to carry out extraordinary and revealing works. Today it is applied frivolously, but in the case of Snow there is no other adjective that fits him better, especially if we refer to his feature film La région centrale. It is a landscape without figures and, nevertheless, it is an extreme example of an image in perpetual movement, a rare symphony of rhythms of matter and space capable of hypnotizing and making its viewers enter a kind of visionary trance. For this, it is essential that the viewers surrender to his proposal.

The brilliant idea that Snow conceived and carried out throughout the three hours that this audiovisual experience lasted was to invent a camera with a rotating arm, controlled from a distance, and film with it obeying a program similar to a musical score. The camera, situated in a landscape of nearby rocks and lichens and distant water and sky, was thus a cosmic eye, floating, alone in the open, but capable of turning in all directions to open up into space and explore, and capable of slowing down. and speed up their movements and open or close their frames by zooming.

There are moments of pause in a bluish sky that vibrates darkened, and accelerated passages equivalent to a mystical flight. But Snow was not only spiritual and not only material in this masterpiece. His mode was both physical and metaphysical, immediate and mental, and the result was something like Einstein's space-time vision raised to the night flight of Saint John of the Cross.

One of the perceptions that can be had contemplating this movement-landscape is that what we usually call our inner world had to be before an external world, the one we perceive. There is no interior without exterior. In La région centrale, the central eye-brain is a hole, a lack that moves in time and feeds on the cosmos. In the final part, the camera rotates rapidly along a vertical axis and then our planet appears in the form of a shooting strip, ephemeral matter erased by energy in motion.

Michael Snow has been a multidisciplinary artist, especially valued for his experimental cinema and for some videos and installations, but also an excellent minimalist photographer and sculptor, and his musical work, painting and essays are notable. He is a rare case of an artist capable of expressing himself with different media and with different styles, depending on each of his works. After a three-hour play without words or people, he made a more than four-hour film full of quotes and puns: Rameau ’s Nephew by Diderot (Thanx to Dennis Young) by Wilma Shoen (1974).

Snow explored in each work an aspect of reality, an element, a medium or a mode of expression. In Wavelength (1967), the medium was zoom, a journey across a room to a small black-and-white photograph of the sea that felt almost like a graveyard. And in Back and Forth (1968-1969) the mode was panoramic with pendular and accelerated movements, capable of erasing reality, as time does in our lives.